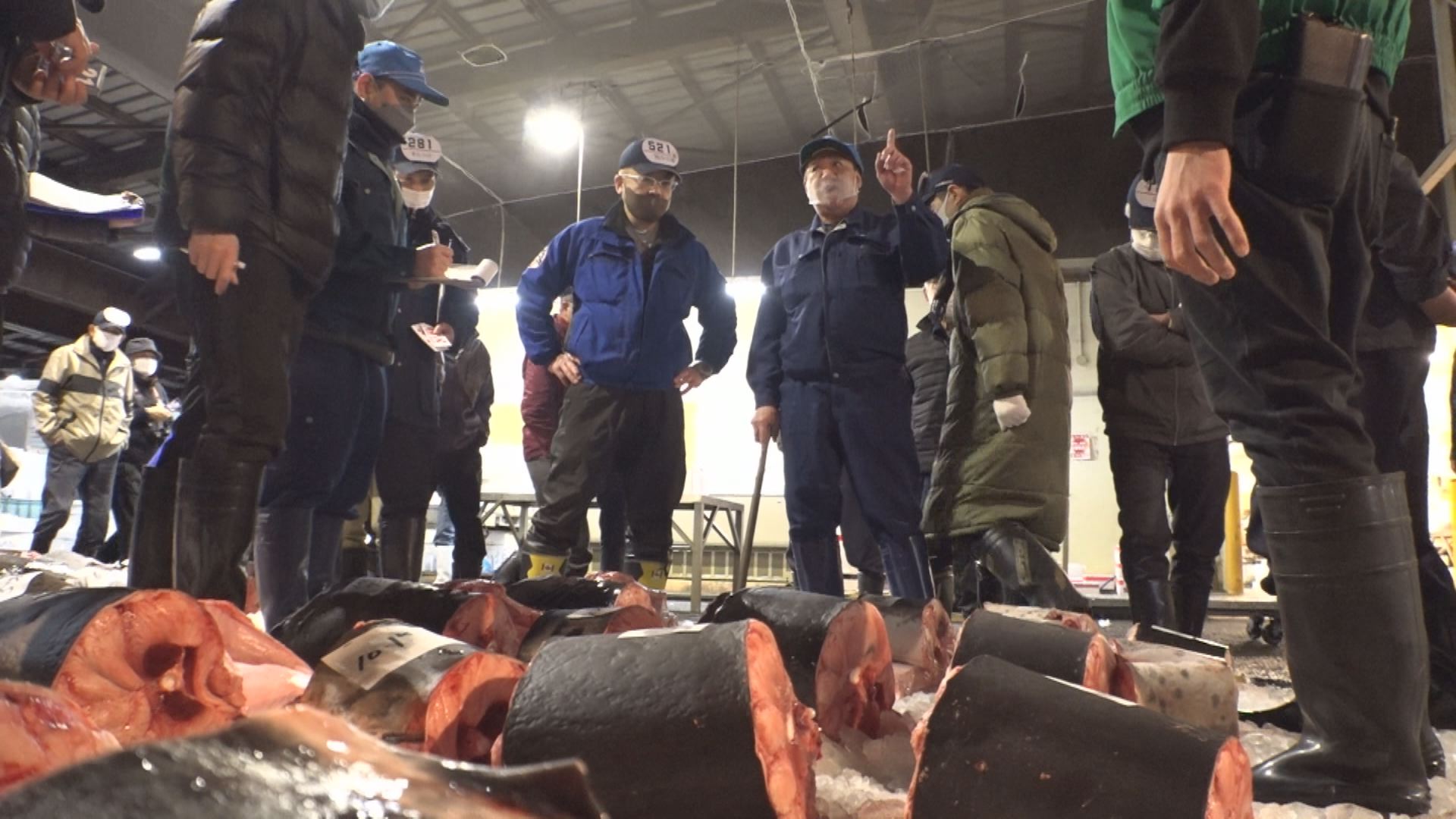 The auction for shark, a hometown food indispensable for New Year’s dishes, was held this morning at the Ichijirushi Joetsu fish market. 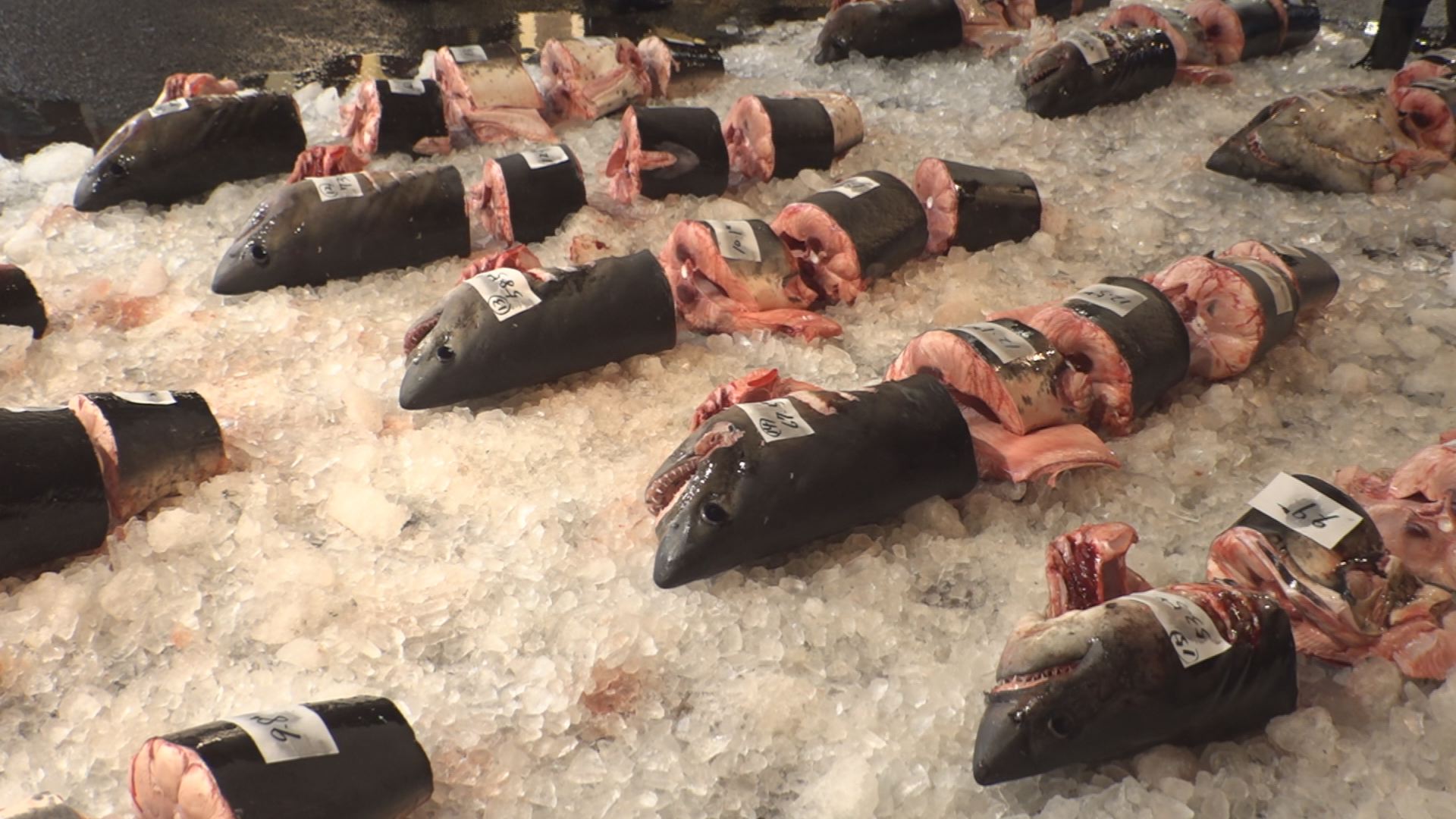 Just after 7:00 this morning, 18 moka sharks, weighing approximately 1,300 kilograms, were on display at the market.The sharks were landed at the Kesennuma fishing port in Miyagi Prefecture.Each shark weighs from 50 kilograms to 80 kilograms. 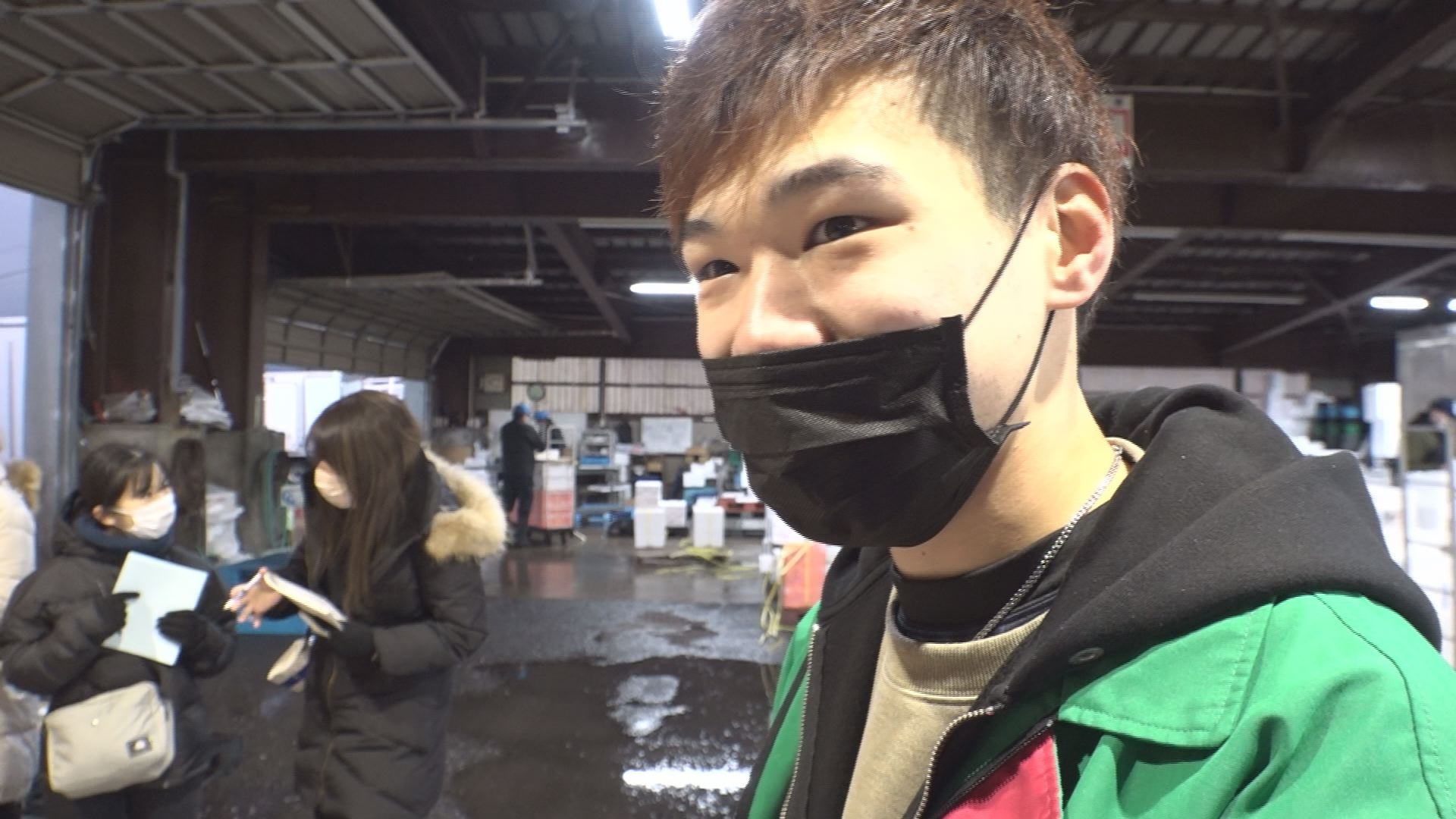 Buyer.
‘Freshness is good, color is good. Will be on store shelves soon.” 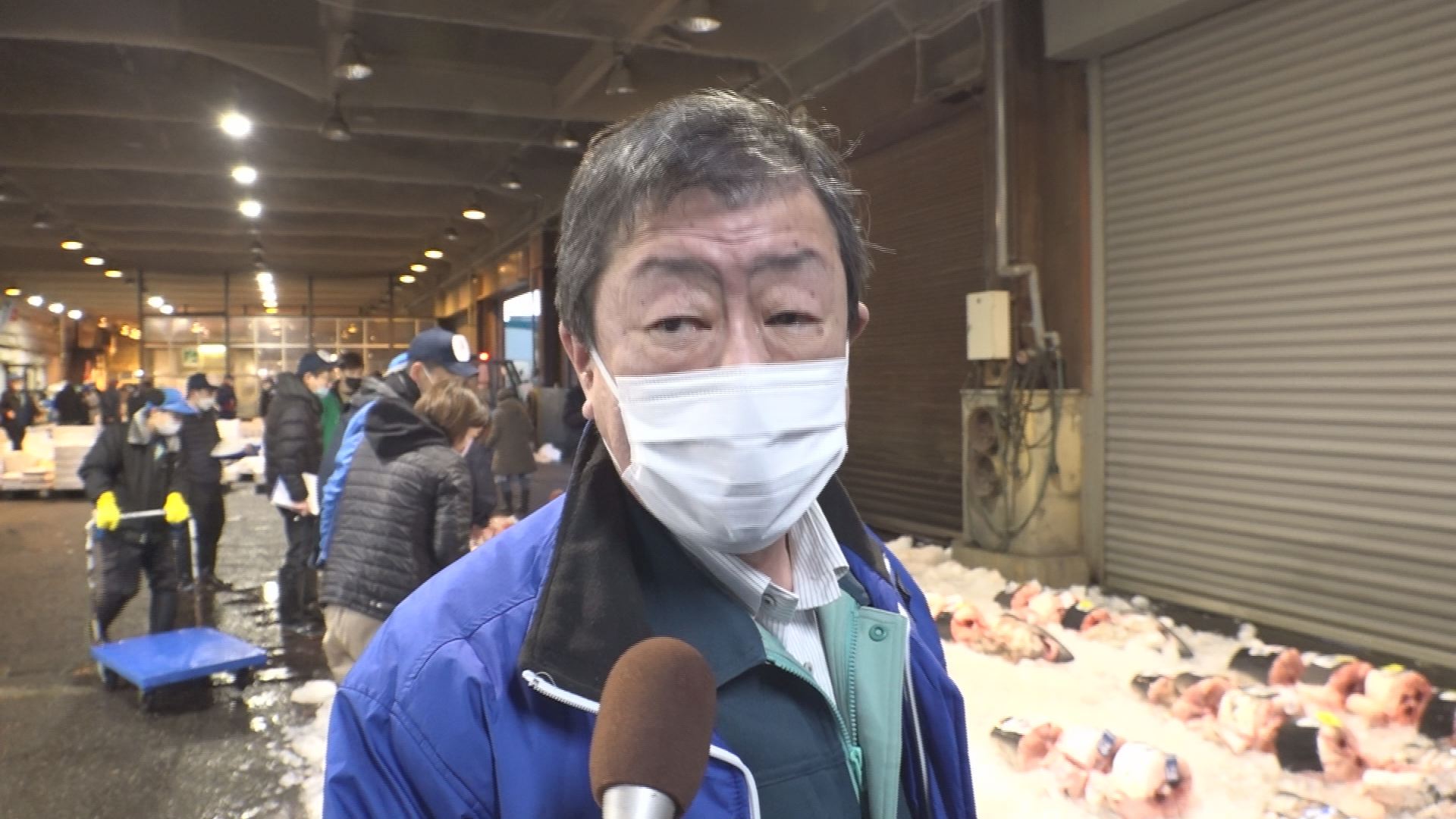 Ichijirushi Joetsu Fish Market
When I see this, I feel that the end of the year has come,” said Toru Ozaki, president of Ichijin Joetsu Fish Market. This year, the fish are mainly males, and they are large and tasty with a firm body. 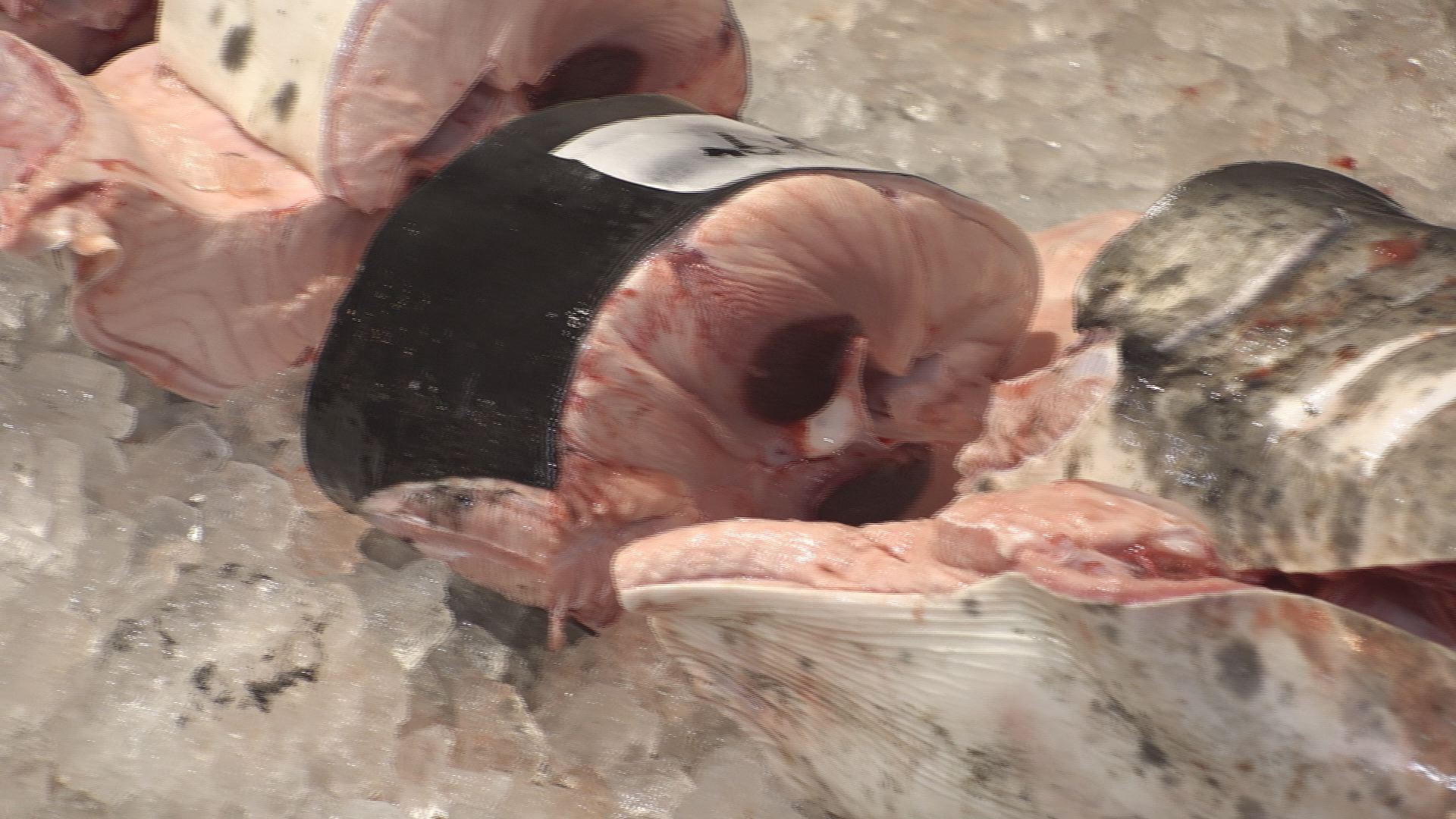 The custom of eating shark in Joetsu began in the Edo period. Since shark meat was preserved well, it was an indispensable local food in the Takata area and mountainous regions. 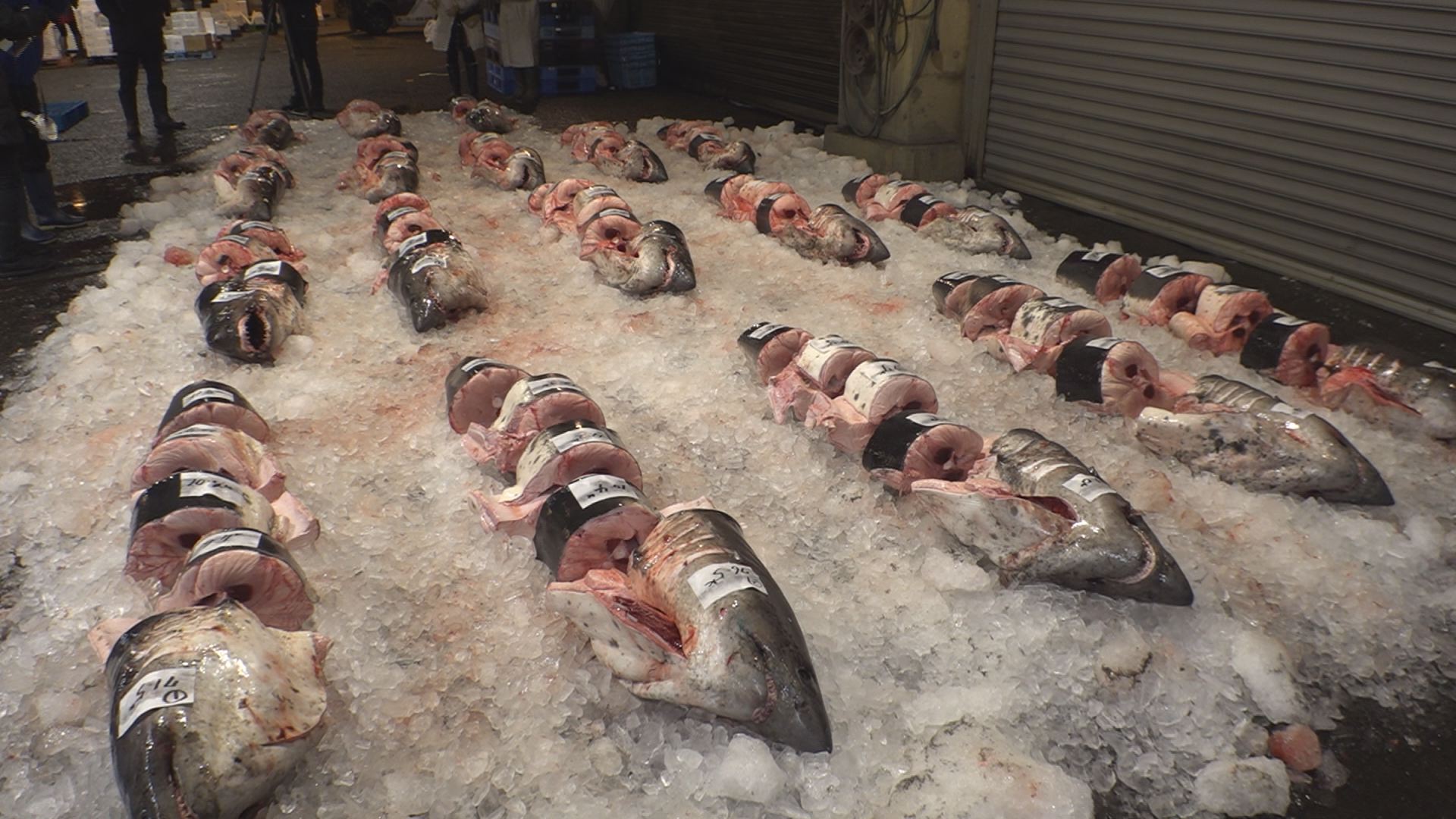 Nutritionally, it is also low in calories and high in protein, and elementary and junior high schools in the city provide fried fish for school lunches. 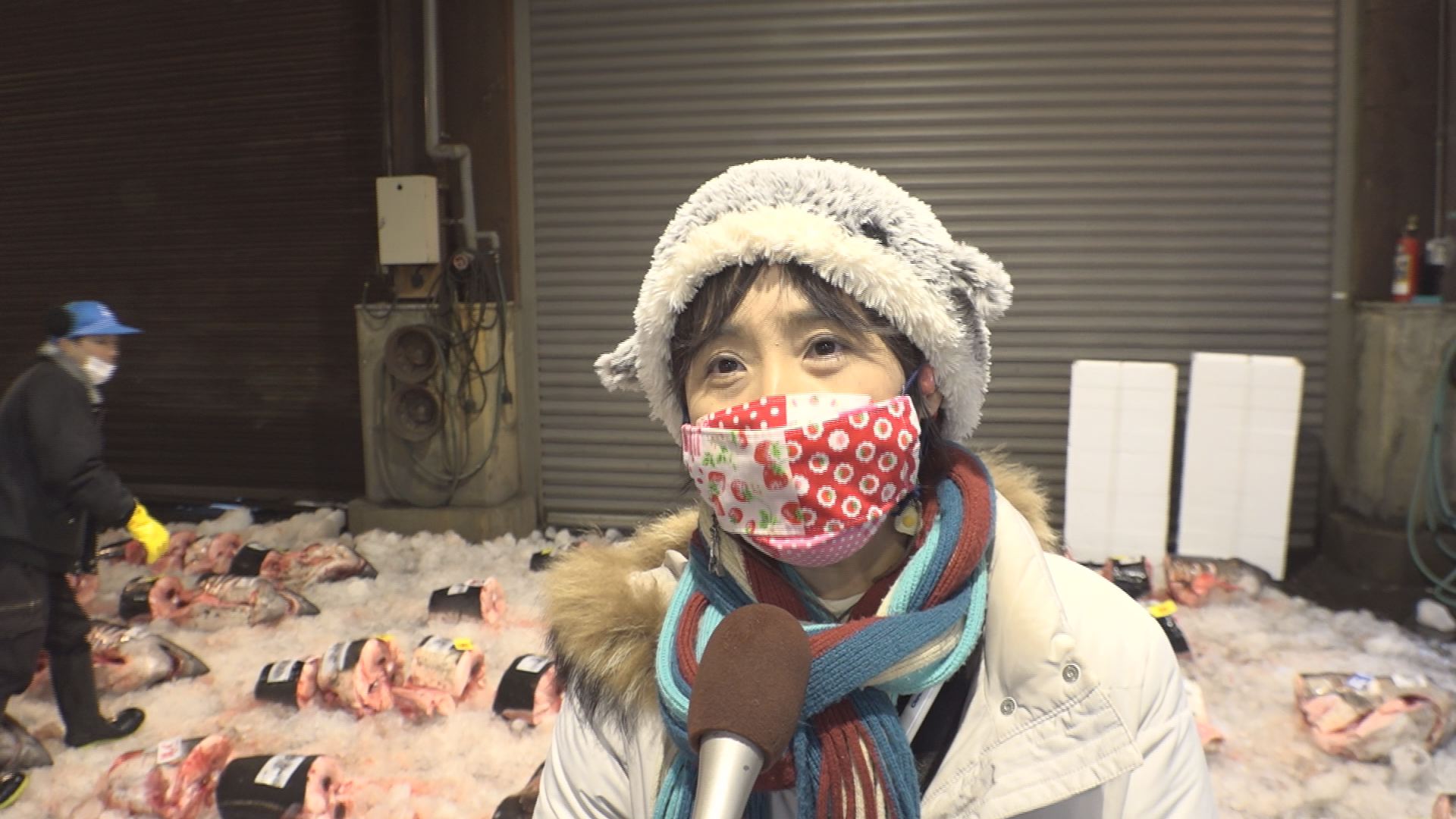 Culinary Researcher Mari Ibe
She has been researching the food culture of sharks, and this year she came to cover the annual shark auction. It can be easily eaten as meuniere, cutlets, etc. It has been eaten by the common people since the Edo period. The common people have been eating shark since the Edo period, and I hope it will be handed down to the next generation. 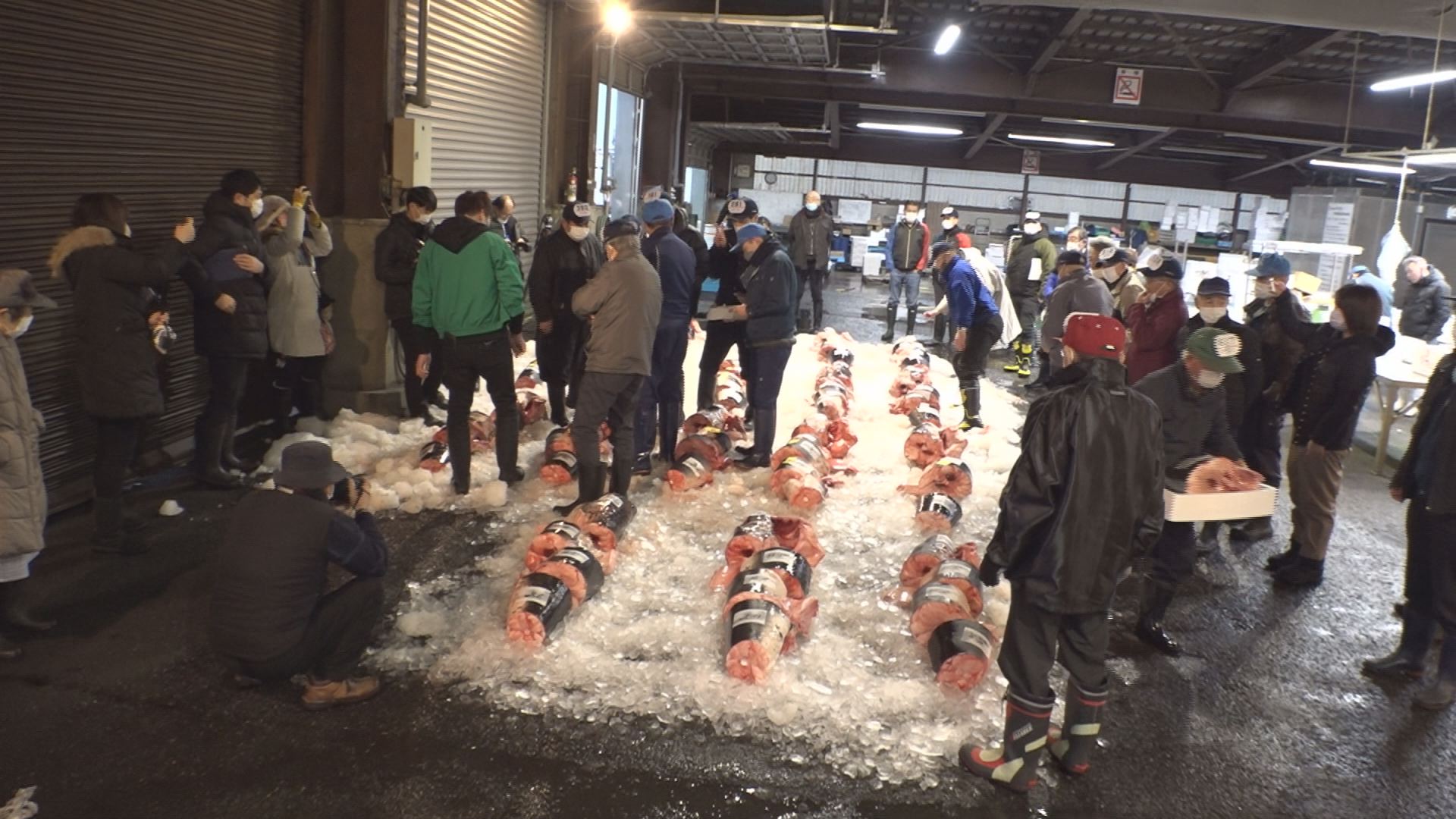 According to Mr. Ozaki, president of the market, the price of sharks was 20% higher this year due to soaring fuel prices, ranging from 1,500 yen to 2,000 yen per kilogram. The most expensive was 3,000 yen for the girth part.