“Smoke signal raising” to announce the opening of “Kenshinko Festival” At 9:00 am on Sunday, August 22, pay attention to Yamagiro in Joetsu City!

Do you know the means of communication during the Warring States period, “Smoke signal”?

The “Kenshinko Festival” is held every August in Joetsu City, Niigata Prefecture, in memory of the virtues of Kenshin Uesugi, a military commander during the Warring States period. “Smoke signal” is used as a signal to signal the start of this festival. 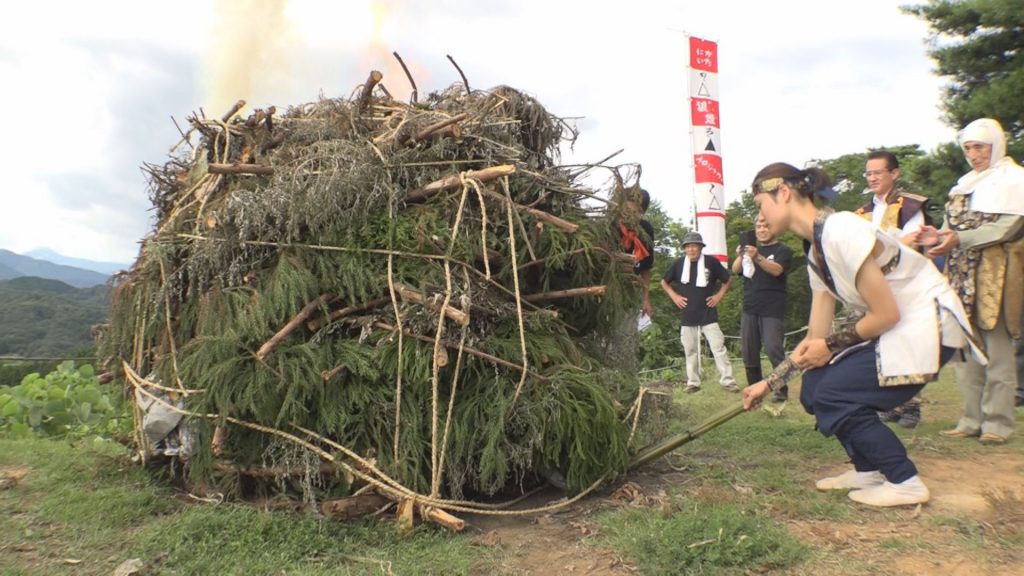 Smoke signal at the summit of Mt. Kasuga
During the Warring States period, signal smoke signals were used as a means of communicating information such as the approach of enemies and signals of battle to opponents in remote areas. Burning tree branches from the top of the mountain with good visibility and cooking smoke will transmit it to a distant place.
2016 Smoke signal at Kasugayama
In Joetsu City, there are many mountain castles, including the ruins of Kasugayama Castle, and every year at the Kenshinko Festival in August, smoke signals are raised from there. Local residents manage and maintain each of the mountain castles. As the festival approaches, I’m sweating to collect the branches used for mowing and raising smoke signals. Such efforts can only be made if there is a local bond. The scale of the festival will be reduced due to the influence of the new coronavirus this year, but the signal will be increased at 11 locations in Joetsu City from 9 am on Sunday, 22nd of this month. In line with the Kenshinko Festival, we will introduce a video of the signal-raising group. 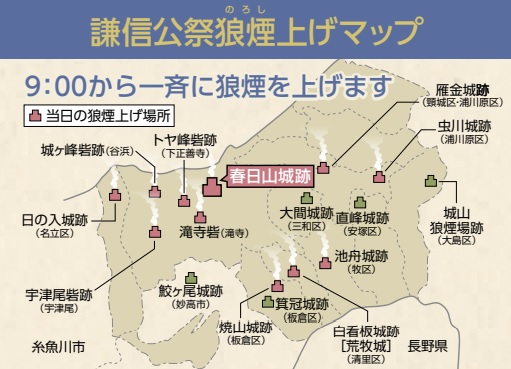 The state of the Kenshinko Festival, including the smoke signal, will be broadcast live on JCV Joetsu Cable Vision (Channel 111) from 9 am on Sunday, 22nd. It will also be distributed simultaneously on the regional information site “Joetsu Myoko Town Information”. * Membership registration is required to view Joetsu Myoko Town information.