Not yet published in the guidebooks! Exhibition of deep-sea fish “Higenaga Yagiuo” Joetsu Aquarium Umigatari

A rare fish “Higenaga Yagiuo” has been discovered, whose detailed ecology has not been investigated. It has not yet been listed in any guidebooks.  It was found off the coast of Joetsu, and has been exhibited for the first time in Japan from September 26th, Saturday.

This is the “Higenaga Yagiuo” on display.  It is about 15 cm in length.  As the name “Higenaga (long beard)” suggests, something like a beard extends from the lower chin.  This is a taste-sensing organ called the taste bud.  The beard is thought to be used to search for food while moving freely. 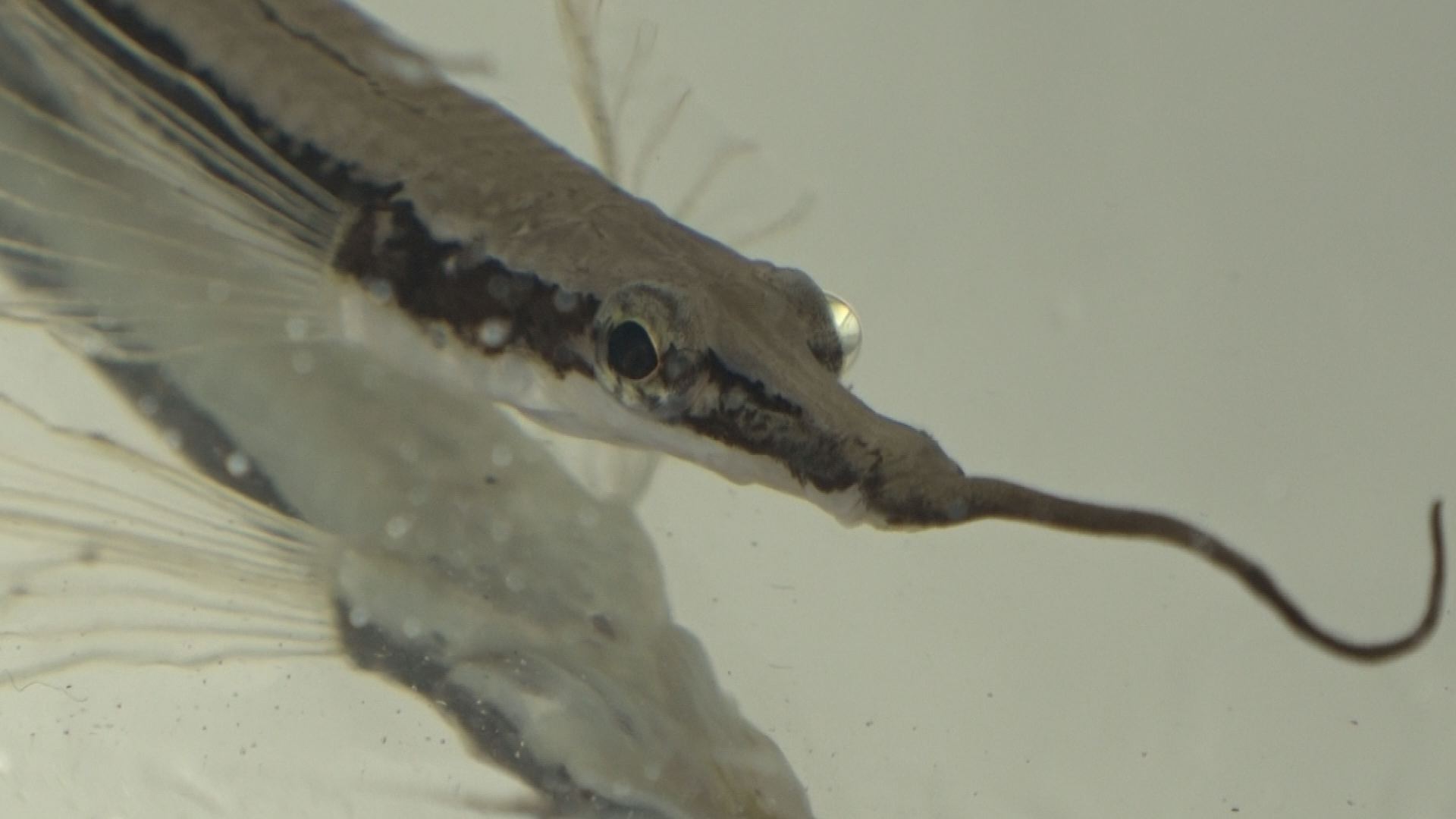 In January 2020, the fishermen of the Nadachi Fisheries Cooperative in Joetsu City found the “Higenaga Yagiuo” in their fish catch from a depth of 200m, and delivered it to Umigatari.

At first, Umigatari thought that it was a “Yagiuo” which is already widely known. It lives in a shallow place at a depth of about 30m.  However, the habitat of this new fish is different from that of the typical “Yagiuo”, Umigatari contacted Assistant Professor Kai Yoshiaki of the Maizuru Fisheries Experiment Station of Kyoto University.   As a result of DNA analysis, it was confirmed that it was a different species called “Higenaga Yagiuo”. 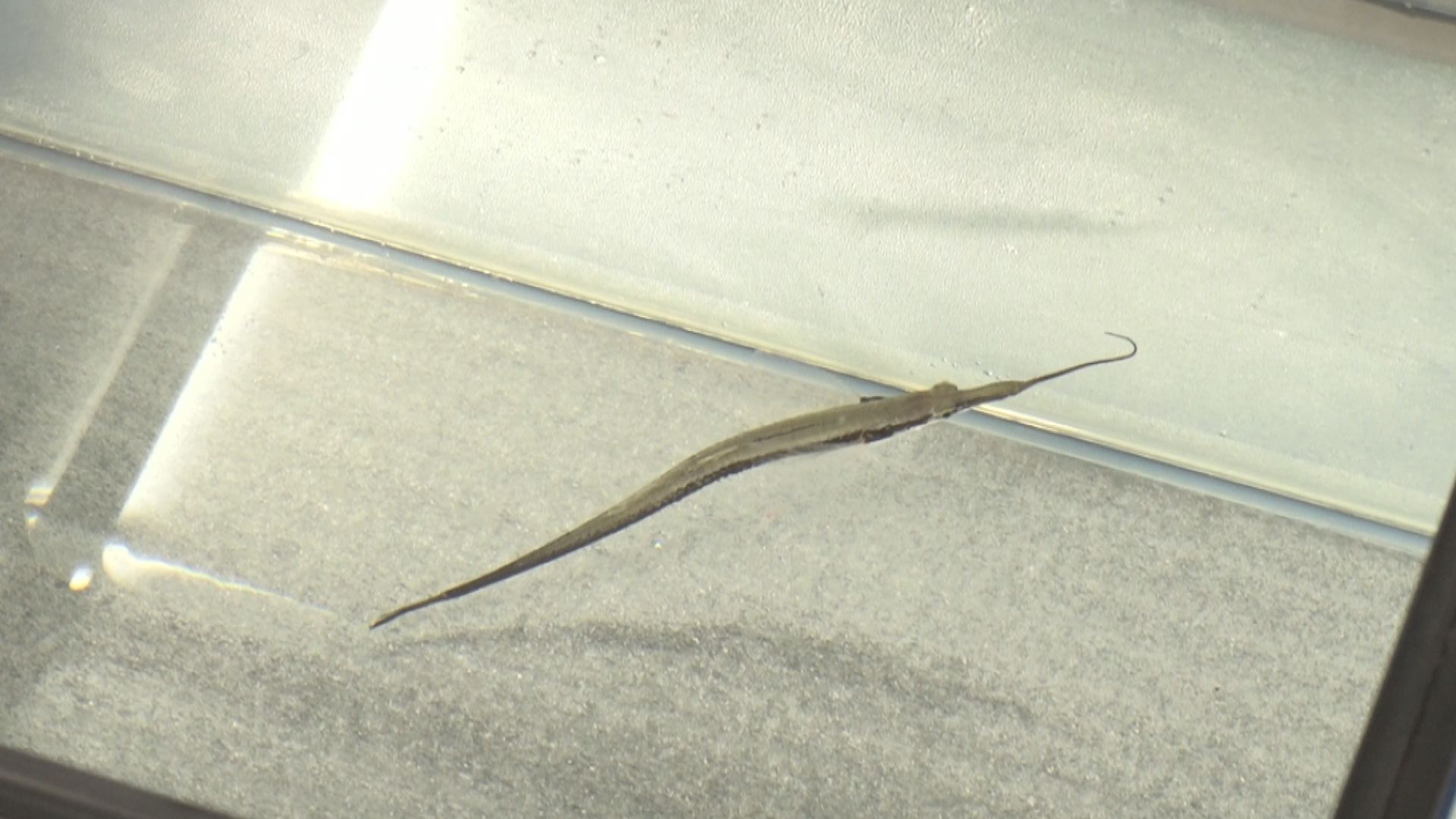 Although it seems to be a “Higenaga Yagiuo” of the same family as the fish Hakkaku, its detailed ecology is still unknown.  Currently, Assistant Professor Kai is writing a research thesis, and “Higenaga Yagiuo” has not been published in any of the guidebooks.

Umigatari had kept the “Higenaga Yagiuo” in a backyard aquarium where the water temperature had been adjusted to 4℃ according to the deep sea environment, and the light had been blocked.  This is the first exhibition in Japan because the correct conditions to keep the fish have not previously been available. 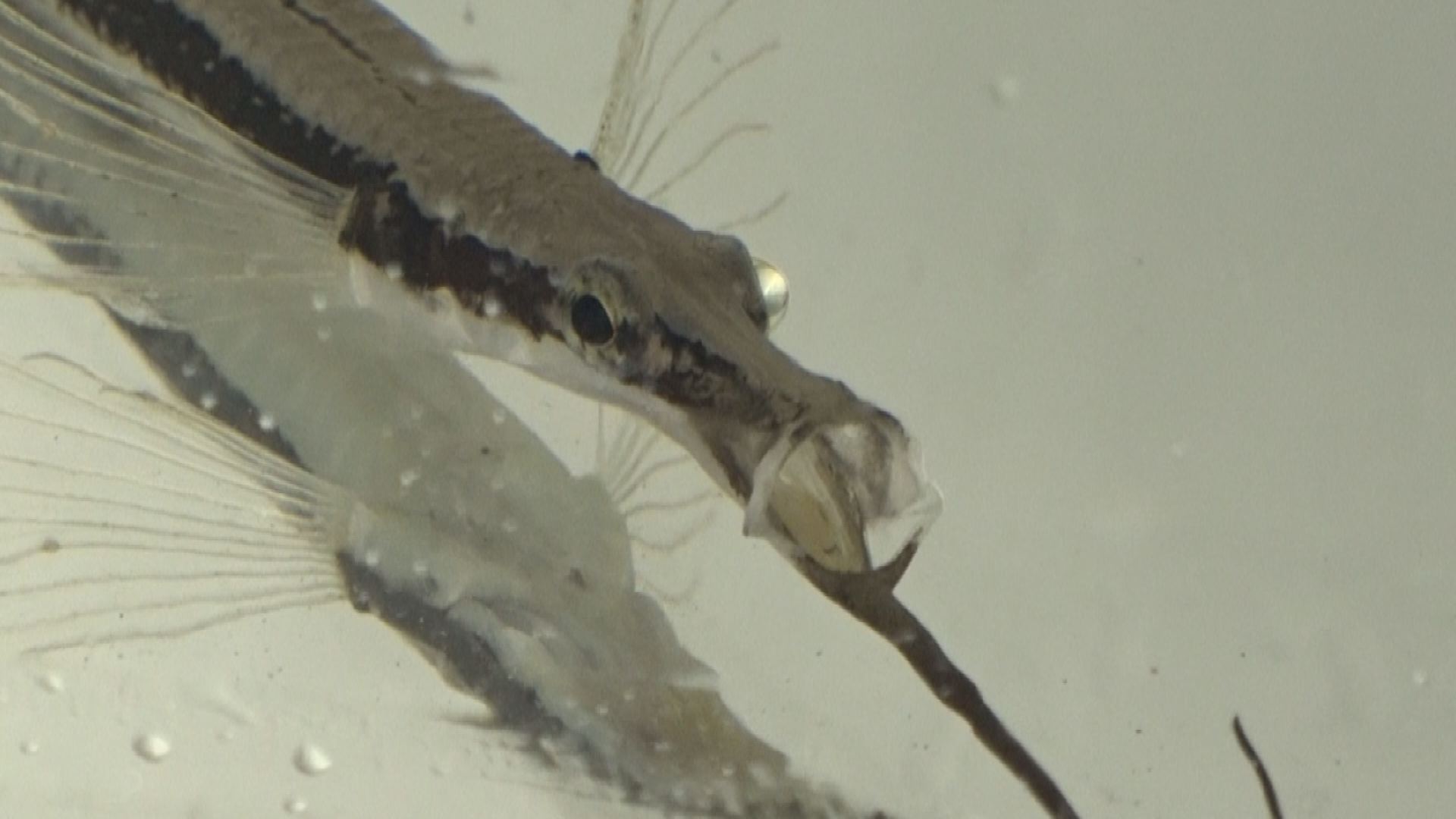 The keeper in charge of the deep-sea section said, “I started taking care of the fish by trying different things.  I’ve been feeding small zooplankton.  This method ensures that we can keep the fish in good condition for the maximum possible time.”

After confirming the identity of the Higenaga Yagiuo for the first time in Umigatari, we have since obtained more individuals from the Nadachi Fisheries Cooperative.  Now, four have been exhibited in the special aquarium on the second floor from Saturday, September 26th.

At Umigatari, we want to continue developing our knowledge of this fish’s ecology. 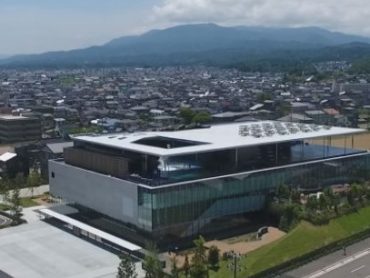