Mizumanju (mizu-manju) made with plenty of “edamame” (green soybeans) from Joetsu City, Niigata Prefecture, has been on sale at Osugiya Sohei in the Takada Honmachi shopping arcade since August 5 (Fri.). This is a perfect summer sweet that was perfected through trial and error. 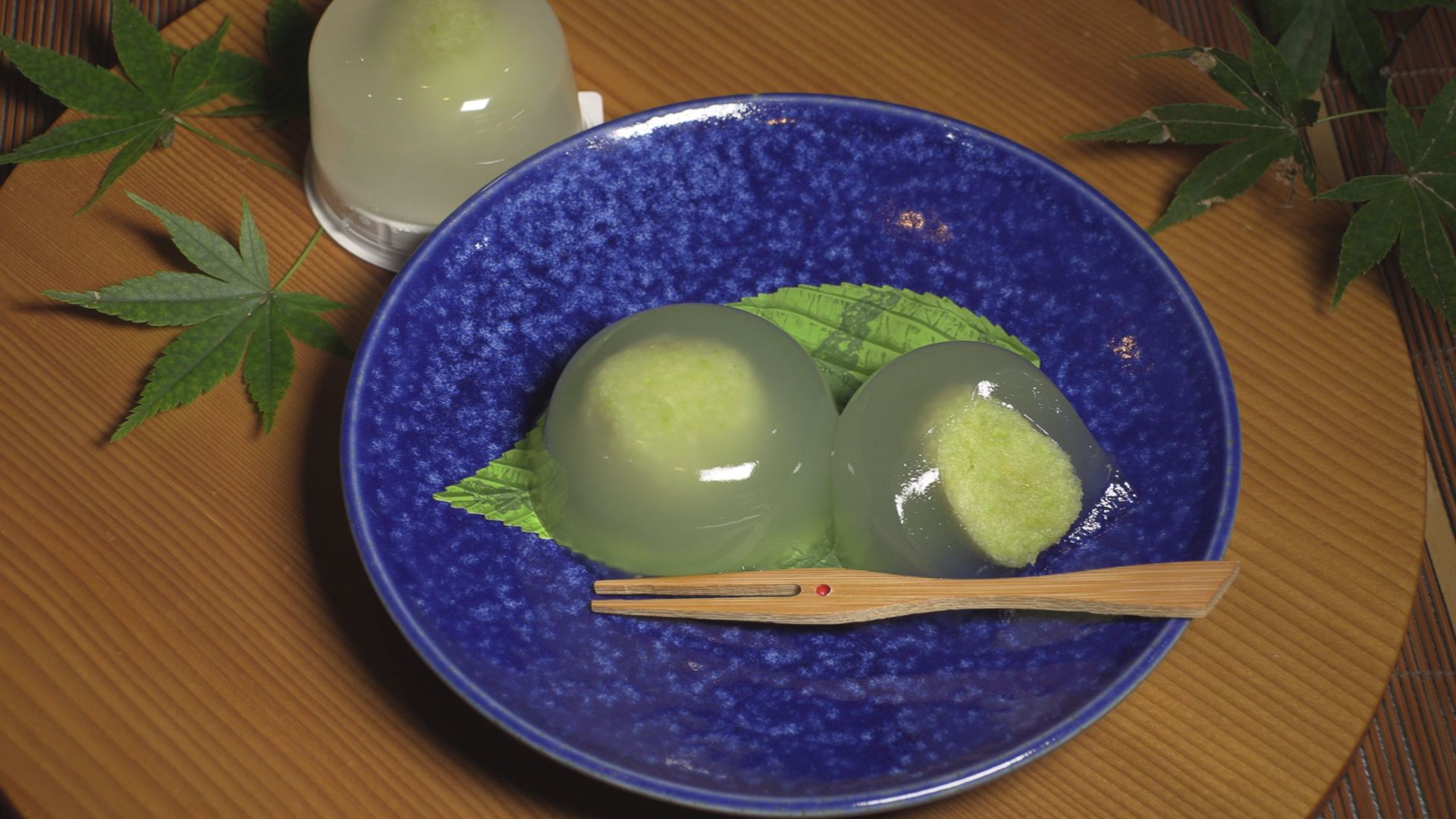 This is “Yuagari Musume no Edamame An (edamame bean paste) Mizu-Manju”. The edamame (green soybeans) used for this product were produced by a farm in Shimomora, Joetsu City called “Holy Farm. Oosugiya Sobei” made the mizu-manju after visiting the farm last year and learning about the quality of the edamame. Since they sold out in two days due to the small number, this year’s production was increased fivefold to 2,000 pieces. 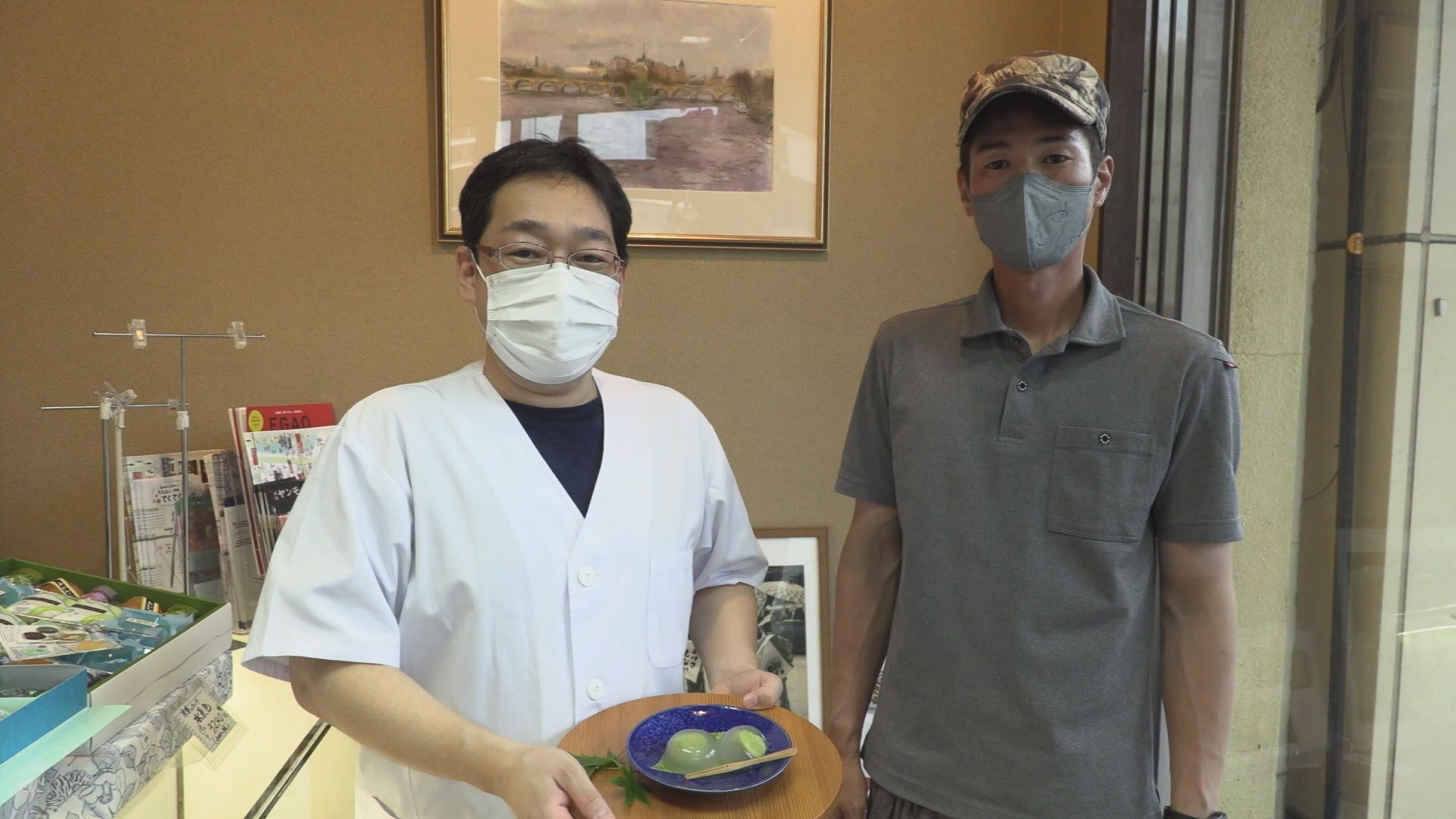 Mr. Miyakoshi, Production Manager, Osugiya Sohei
We focused on making an an (bean paste) that you can feel the taste of edamame. Last year, it was very popular. This year, we can make more than last year.

Mr. Horiguchi of Hoorifuamu
I am very happy because I never thought that I would be able to make wagashi and offer it to my customers. Joetsu City is also increasing its edamame production area. I hope I can convey that to our customers. 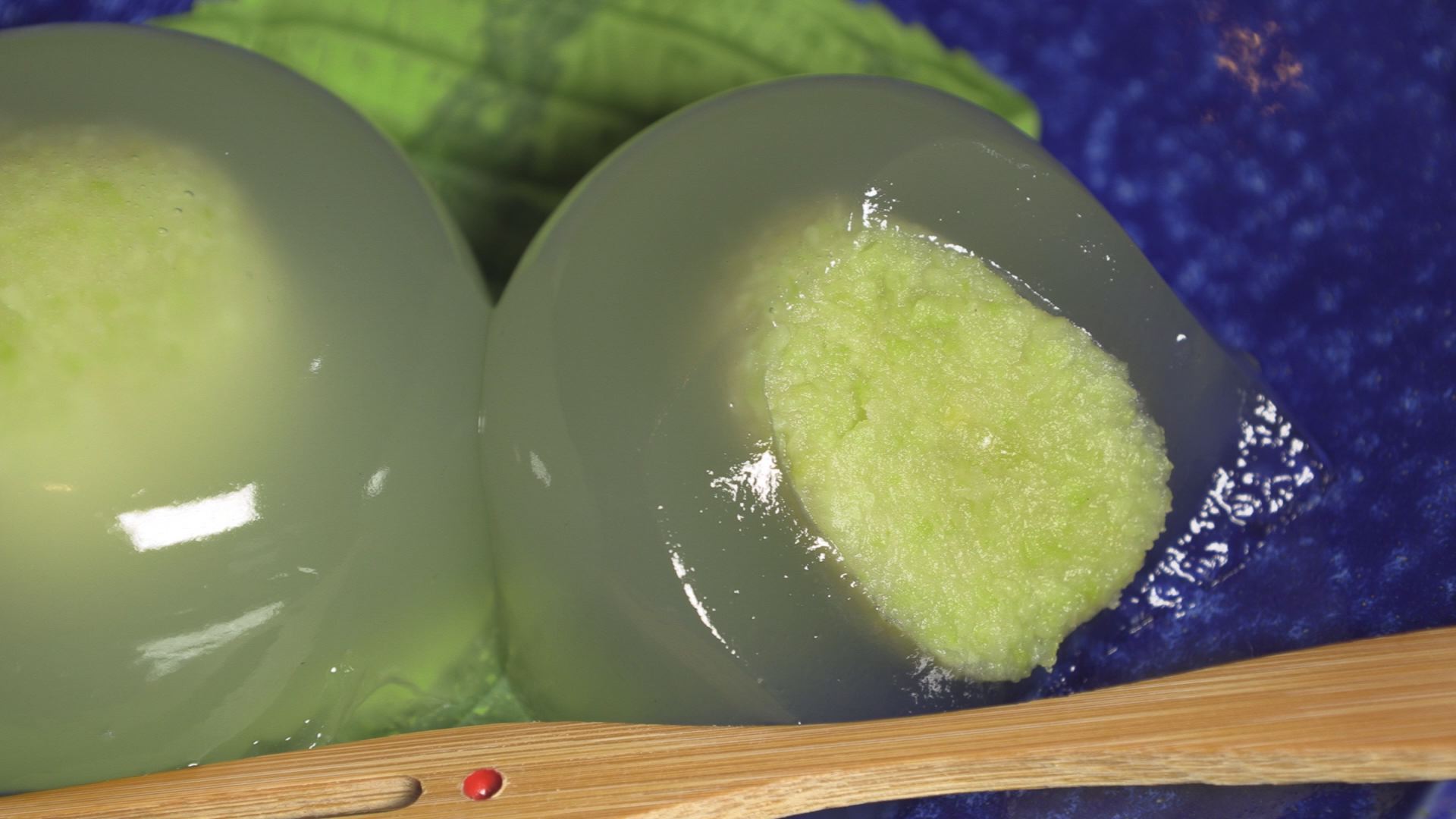 The ingredient “Yuagari-musume” is characterized by its refreshing aroma. In order to bring out this flavor, Osugiya Sobei made a paste of edamame, added white bean paste and mizuame (starch syrup), and wrapped it in mizu-manju dough. 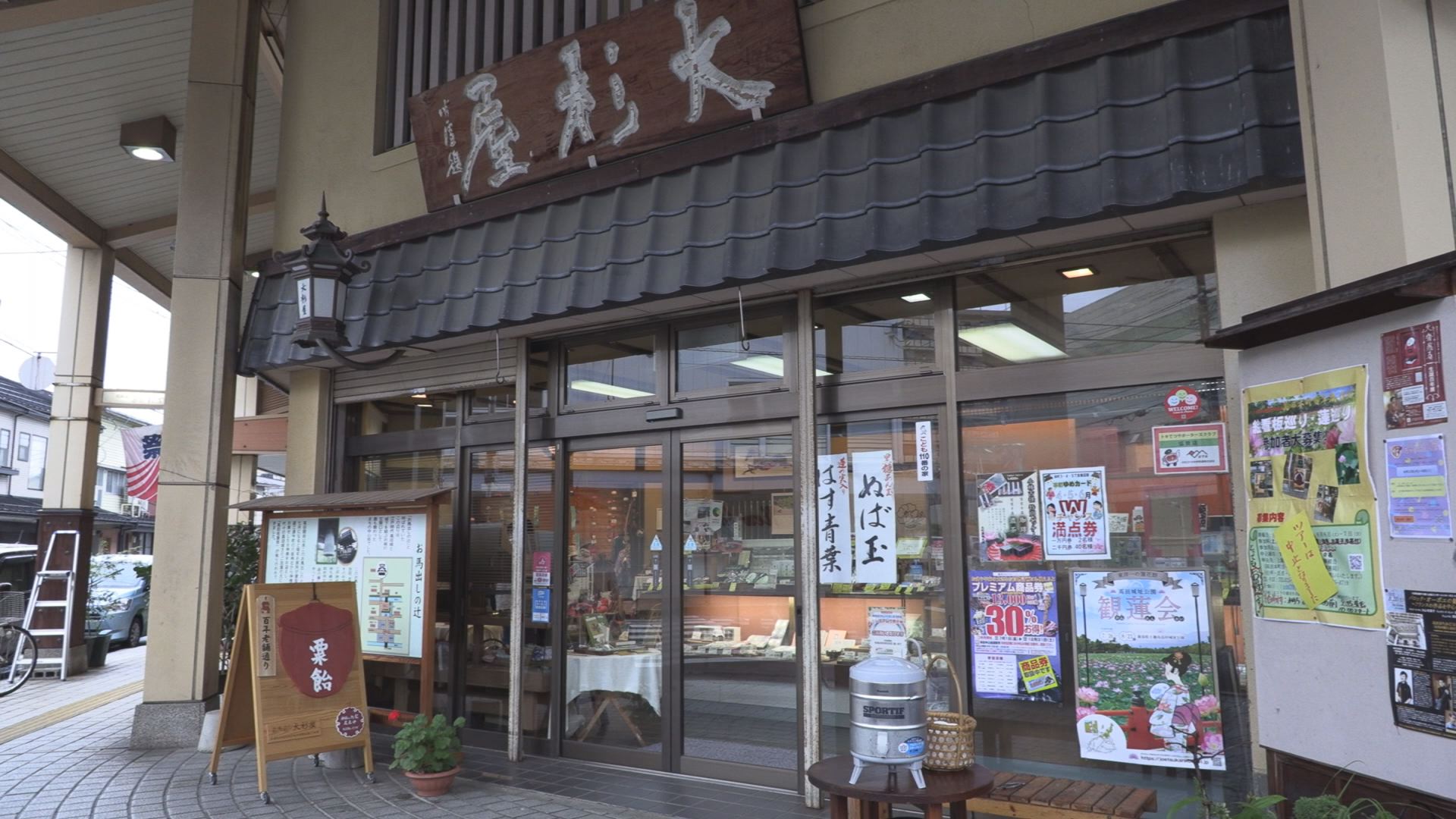 Mr. Horiguchi, Hoorifuamu
We are at the point where we don’t know what to do to make edamame more tasty than it is. We will strive to provide good edamame while improving quality and aroma.”

Mr. Miyakoshi, production manager of Osugiya Sohei
Edamame grown in Joetsu and sweets made by a local vendor, I hope you will enjoy them in their season.”

「湯上り娘の枝豆あん水まんじゅう」は１個205円（税込）。本町5丁目の大杉屋惣兵衛本店と3丁目のお馬出し店、エルマール店の3か所で買うことができます。また、8月28日（日）に無印良品直江津で開かれる「つながる市」でも販売される予定です。Each “Yuagari Musume no Edamame An Mizu-manju” costs 205 yen (tax included). It can be purchased at three locations: Osugiya Sobei Honten in Honmachi 5-chome, Omadashi Ten in 3-chome, and Elmar. They will also be sold at the “Tsunagaru Ichiba” held at MUJI Naoetsu on Sunday, August 28.