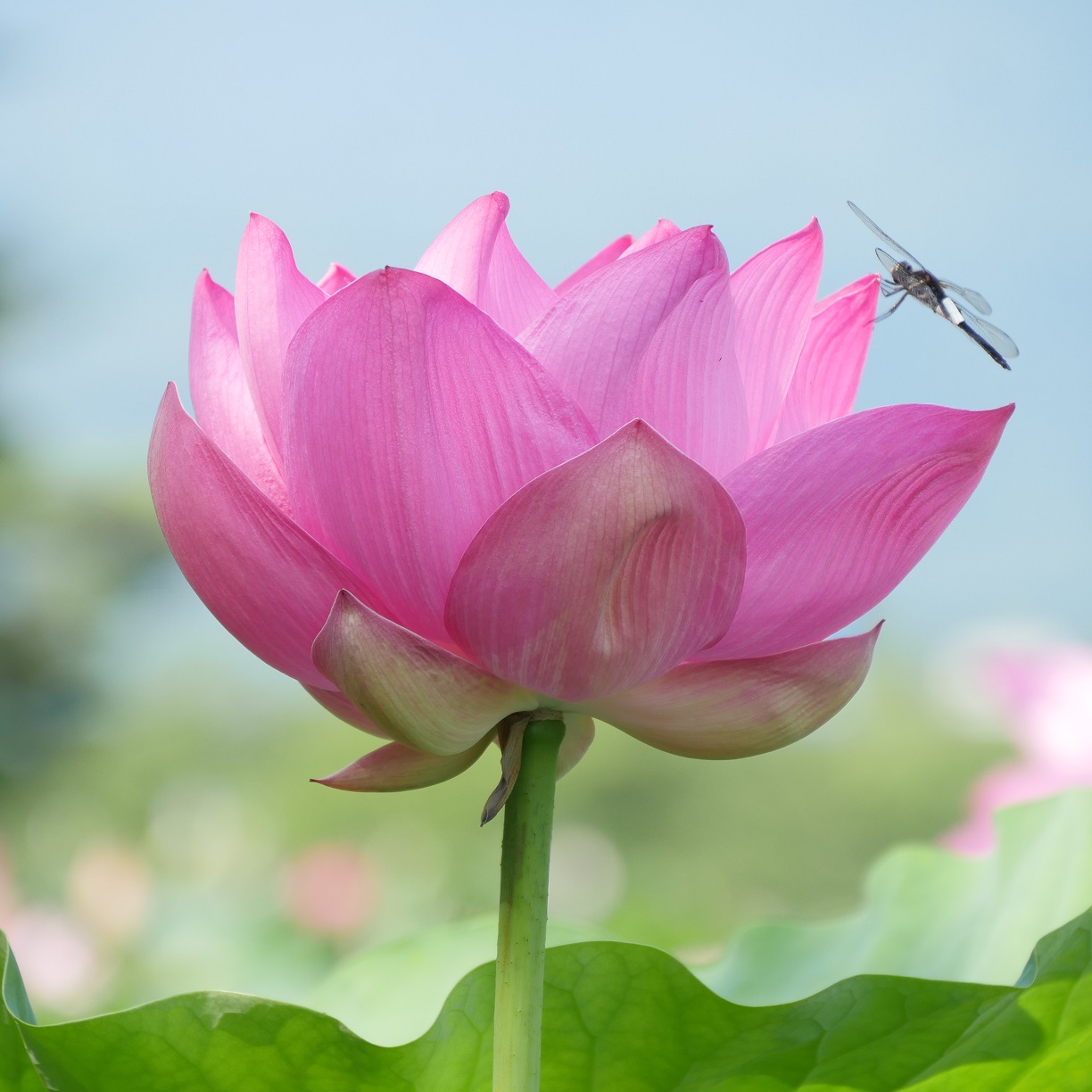 Yukiguni(Snow country) in the summer.
A lotus blooms in the outer moat (sotobori) of Takada Castle Site Park , Joetsu City, Niigata Prefecture.
Its size is about 16 hectares (the size of 3.4 Tokyo Domes).
During summer, lotus leaves cover the entire outer moat, and pink and white flowers bloom from mid-July to late August. 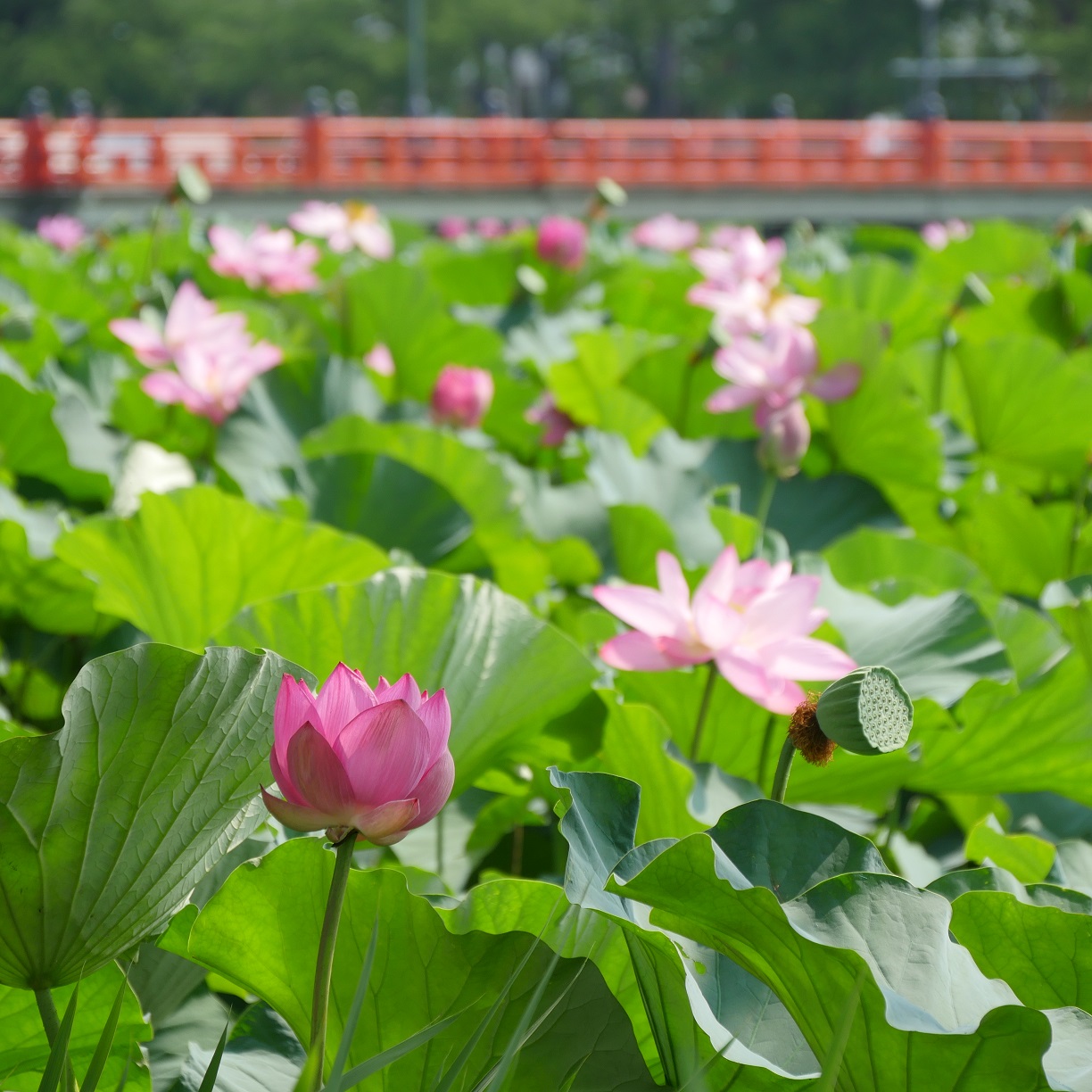 Takada Castle Site Park’s lotus history dates back more than 100 years.
In 1871, Takada was suffering from financial difficulties caused by the Boshin War, the end of feudalism and the introduction of the prefectural system.
At that time, the local land owner, Hosaka, who lived in Tonome Village, invested a lot of money and planted lotus roots in the moat to support the economy. 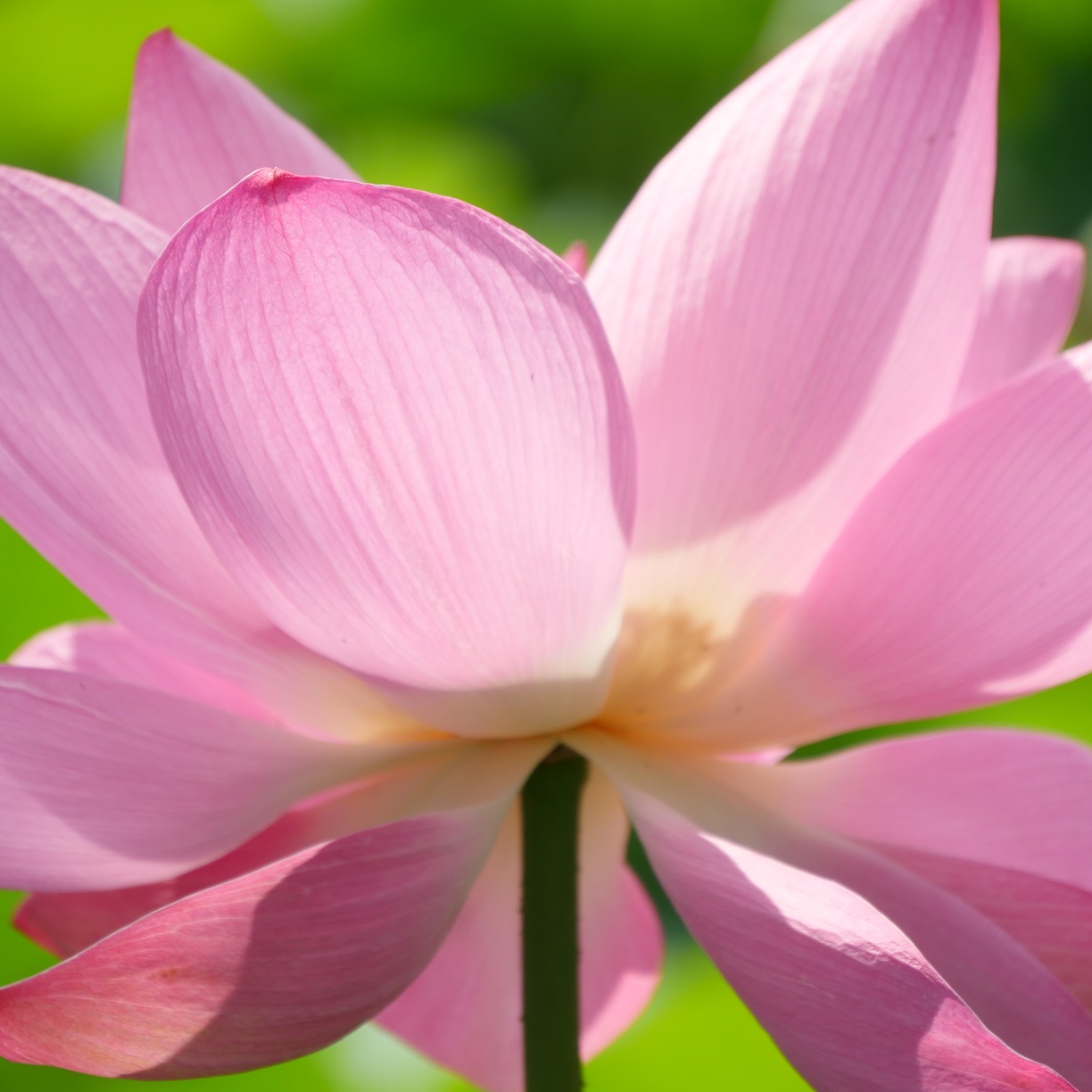 Later, when Dr. Ohga, the leading lotus researcher, visited this area in 1953, he stated that “It is internationally very rare to see a lotus pond on such a large scale.  The mix of red and white flowers is particularly unusual.”
Since then, citizens have come to be proud of “the best lotus in the Orient”.
Even today, Takada’s lotus delights many tourists every summer.
The gracious act of a former landowner has now developed into a flourishing tourist attraction.
(Source: History of Joetsu City)

Trivia: Morning is recommended for viewing the lotus

Lotus flowers are not open all day.  It is said that the flowering of a single flower is generally for 4 days. 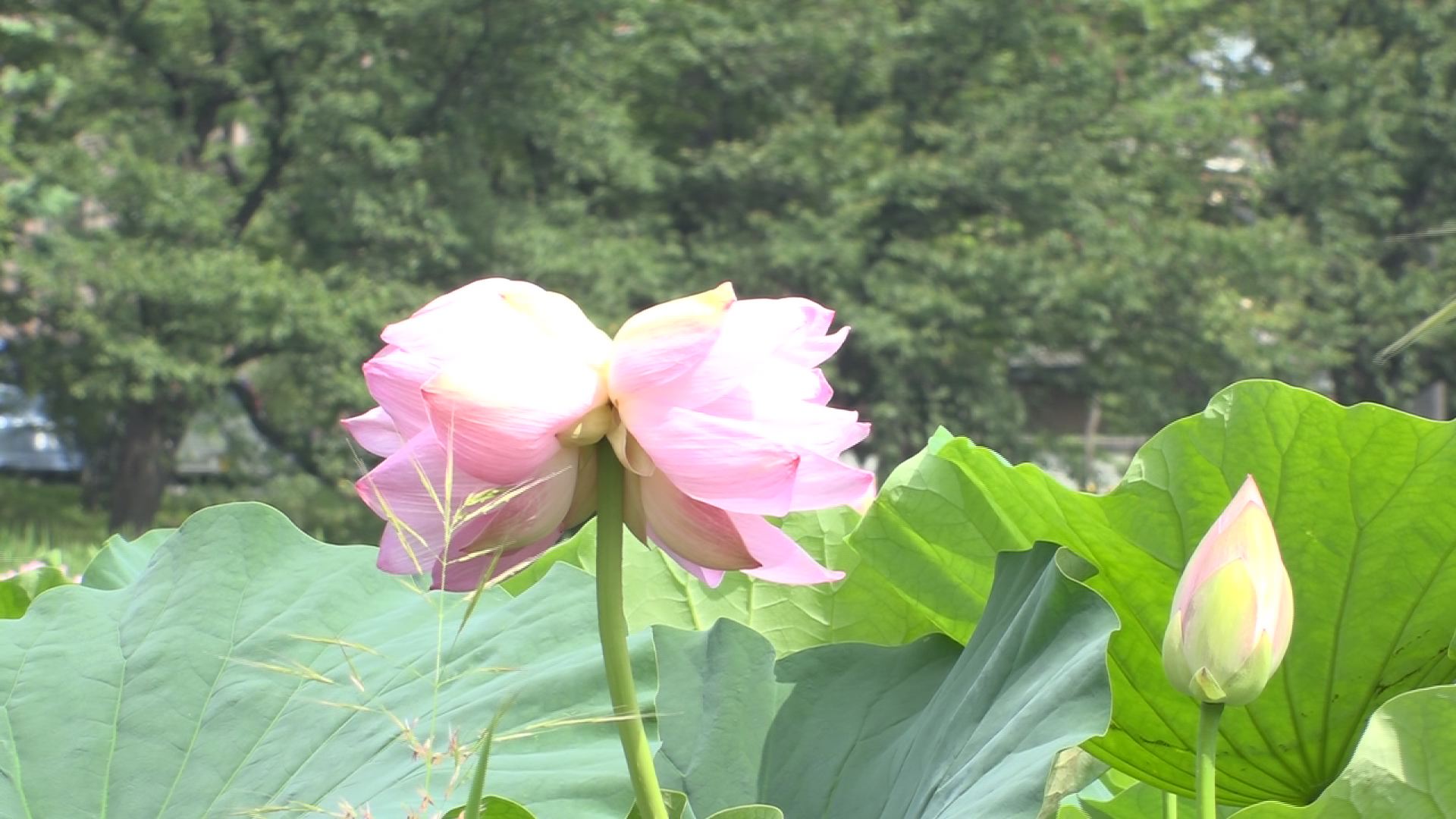 In the Takada Castle Site Park moat, you may find a rare lotus called “Sotoren”.
“Sotoren” is the rare occurrence of two flowers attached to one stem.  “Sotoren” is caused by a mutation and is valued as a flower associated with happiness and prosperity in China.

In Japan, the book “Nihon Shoki” (“The Chronicles of Japan”) describes this flower. It is said to bring marital satisfaction, health and happiness. If you are lucky, you may find this happy lotus.

The “Kanrenkai” is held in Takada Park during the summer season.
The 2020 season is from July 18th (Sat) to August 23rd (Sun).
Please come and look at Takada’s summer specialty. 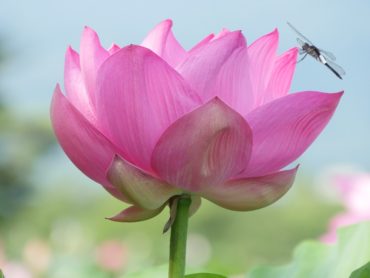