The TBS travel program features an announcer who gets on the Echigo Tokimeki Railway and introduces the town while getting off at local stations.  This episode was filmed in Joetsu City, Niigata Prefecture on the 15th (Monday) and 16th (Tuesday) for two days. 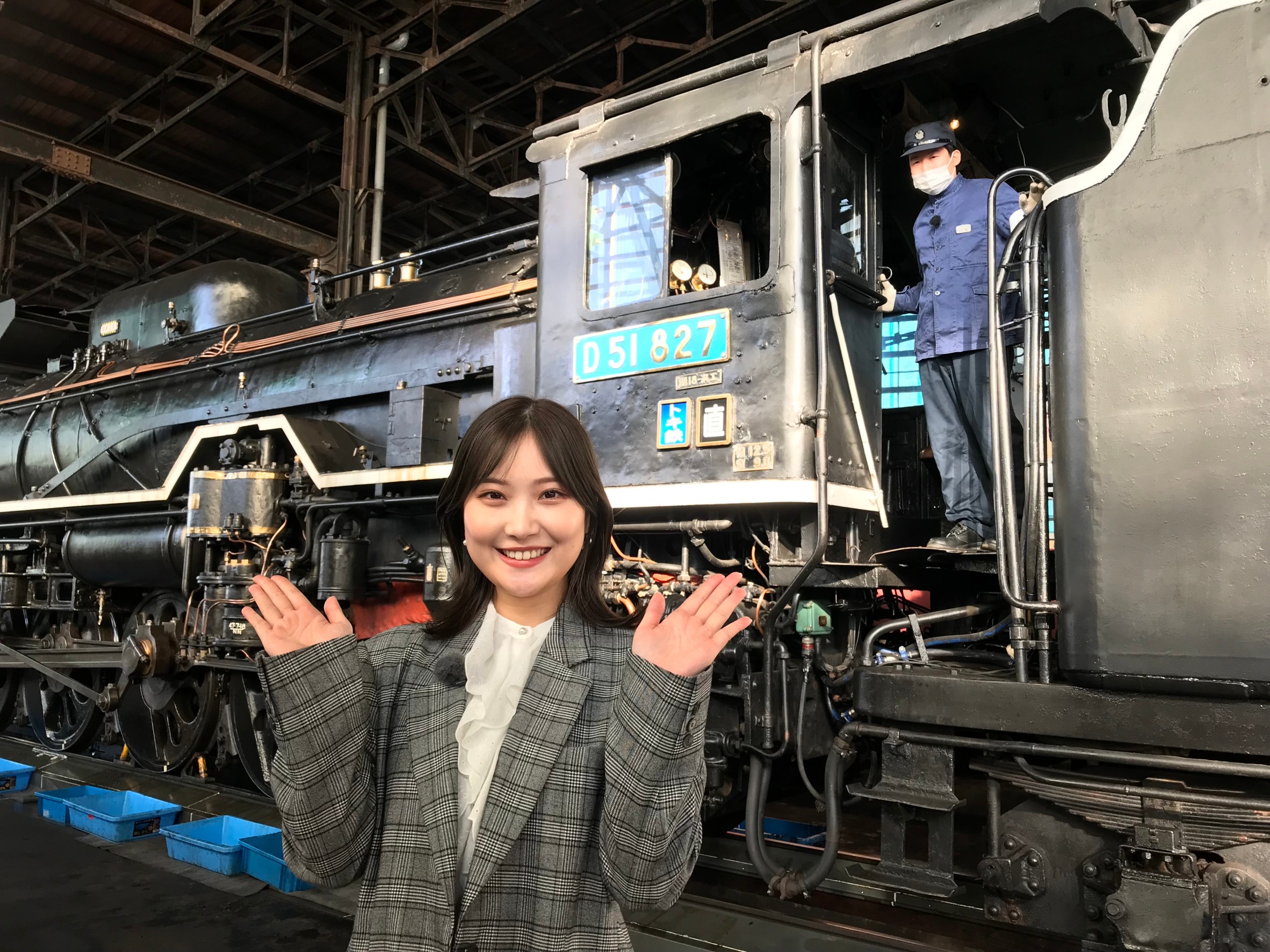 The program is called, “Female announcer’s Railroad Trip” and broadcast on CS TBS Channel 2.  For this episode, TBS announcer Ms. Sayako Nomura will take a train from Myoko Kogen Station on the Echigo Tokimeki Railway and introduce the town while getting off at stations along the way. 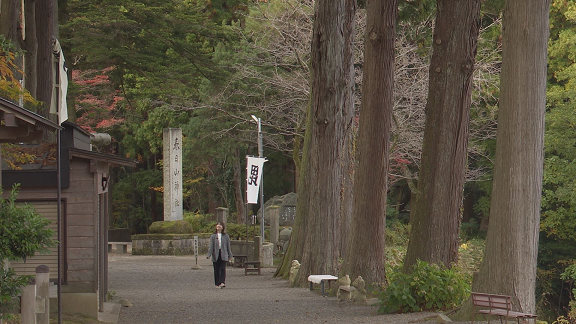 In addition, around Kasugayama, she introduced the history of warlord Uesugi Kenshin. 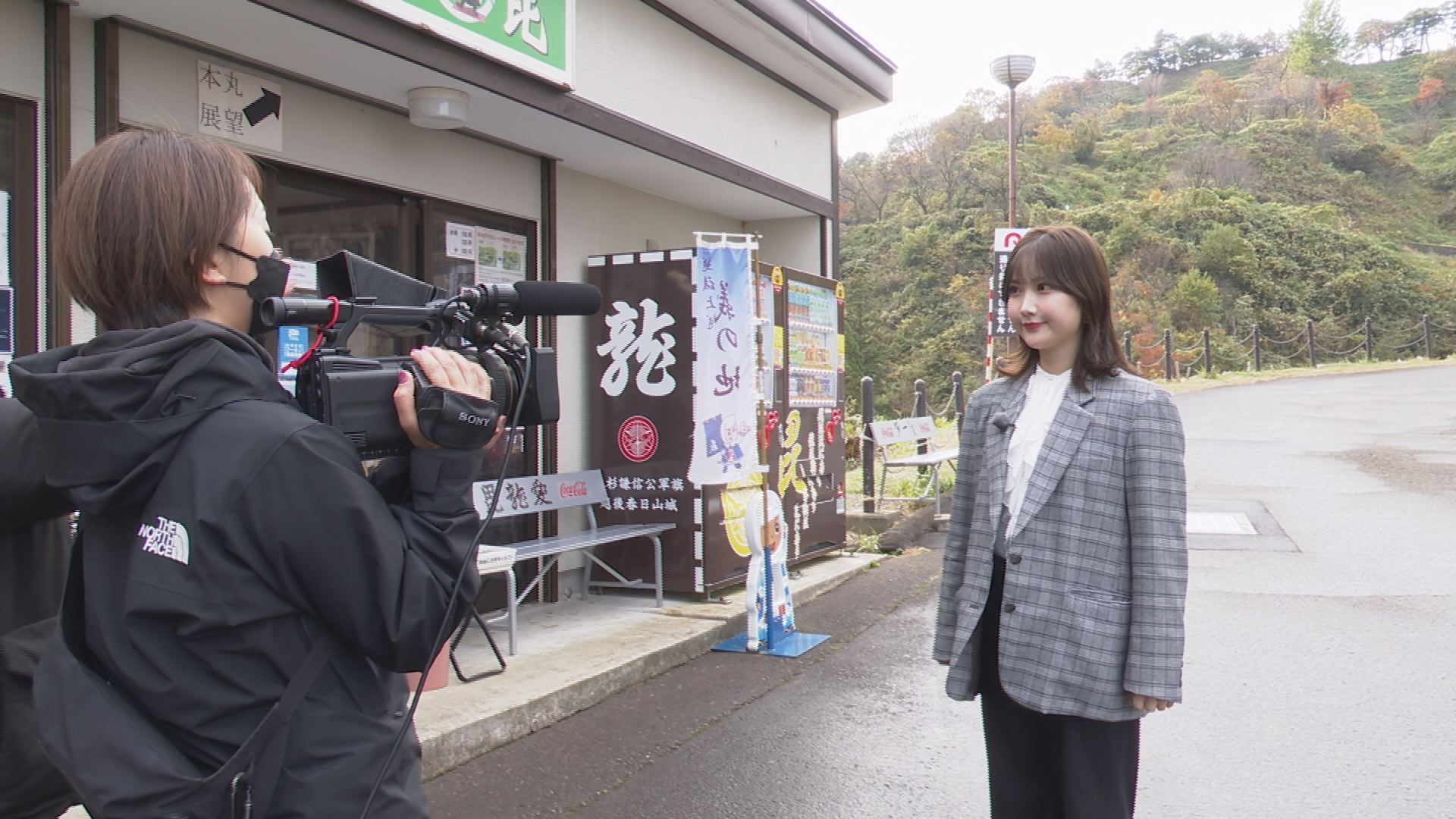 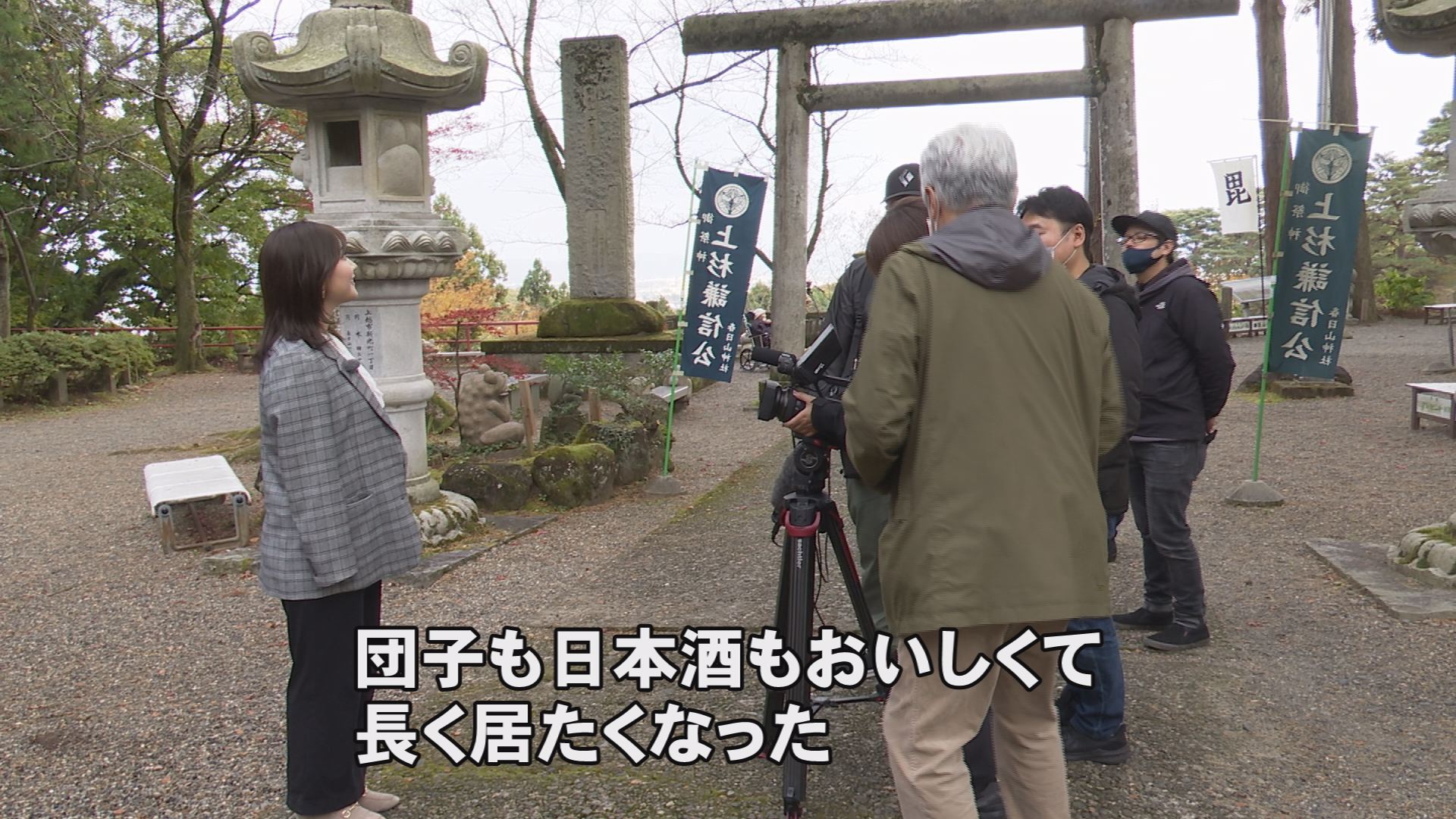 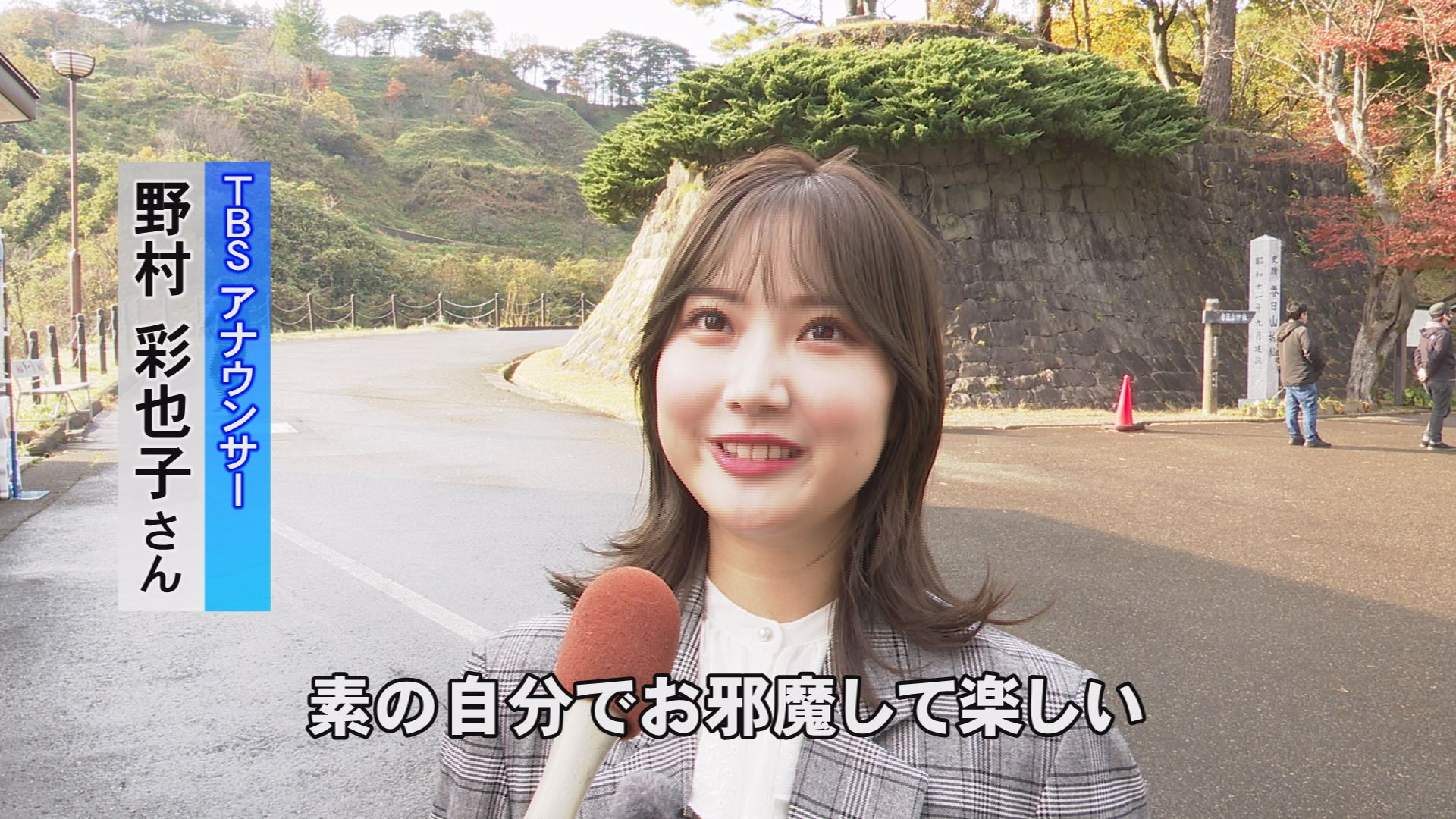 Ms. Sayako Nomura, Announcer
“During the filming, the mountains were beautifully colored with autumn leaves and the scenery was beautiful.  The cityscape is warm and wonderful.  The rice dumplings and sake are delicious, and I wish I could have stayed longer.”  “It’s fun to visit and just be myself.” 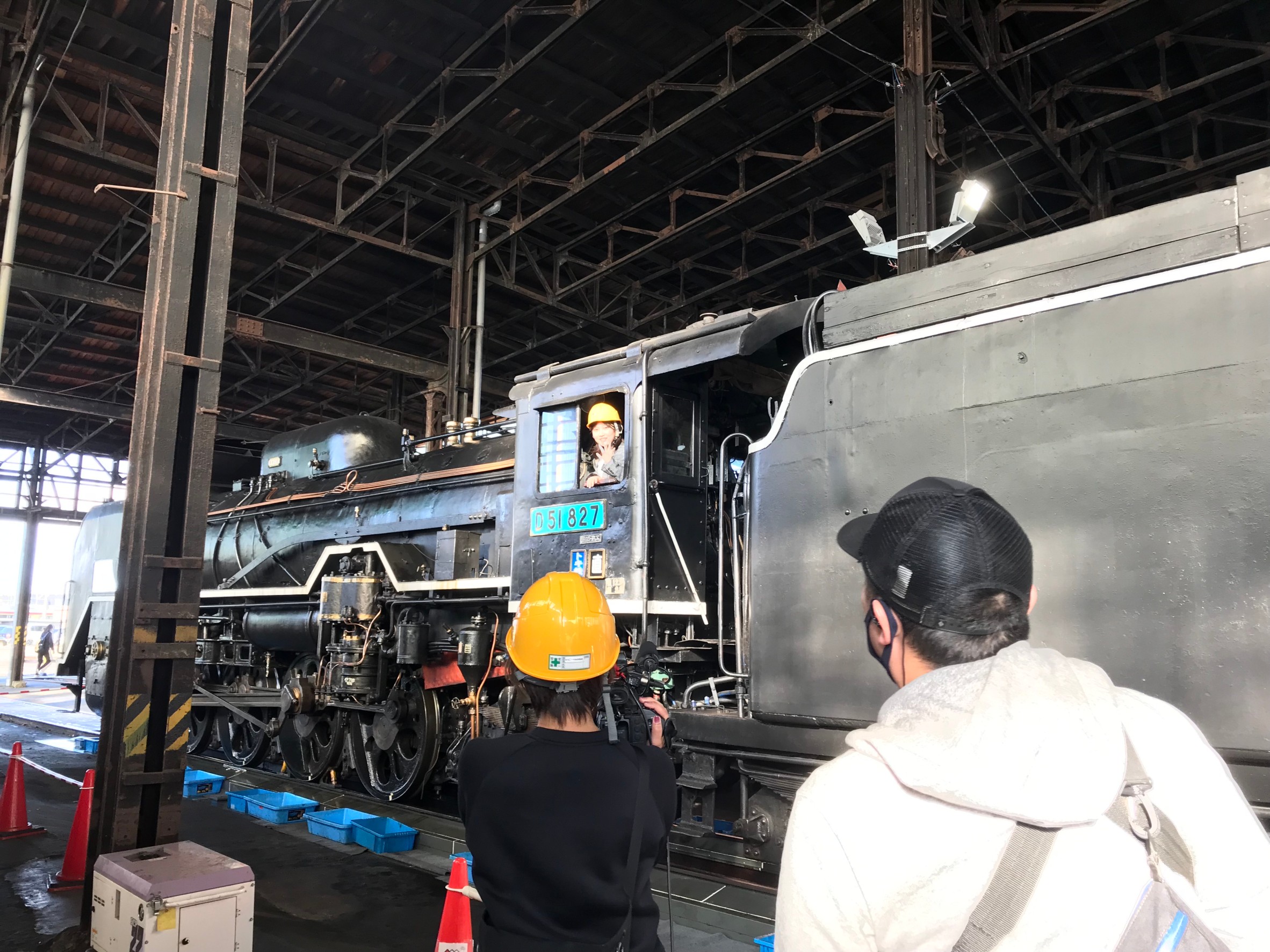 In addition to visiting Takada, Ms. Nomura also visited the D51 Rail Park in Naoetsu and the Jade Coast in Itoigawa City.

This program will be broadcast on CS(satellite)-based TBS Channel 2 in January next year.

The program is satellite-based, but for this occasion it will be broadcast on channel 111 of JCV Joetsu Cable Vision.  The program is scheduled to air four times from December 31st to January 2nd of the new year.  Please enjoy the year-end and New Year broadcasts on JCV.