Summer limited sake “Tengu no Kakushi Sake Suzukake” will be released on Wednesday, June 16th.
Selected ingredients are from the area formerly known as Myoko village。

The limited summer sake “Myoko Tengu no Kakushi Sake Suzukake” will be available from Wednesday, June 16th at two liquor stores in Sekiyama, Myoko City. The sake was prepared with ingredients cultivated in what was formerly the Myoko Village area of Myoko City, Niigata Prefecture. 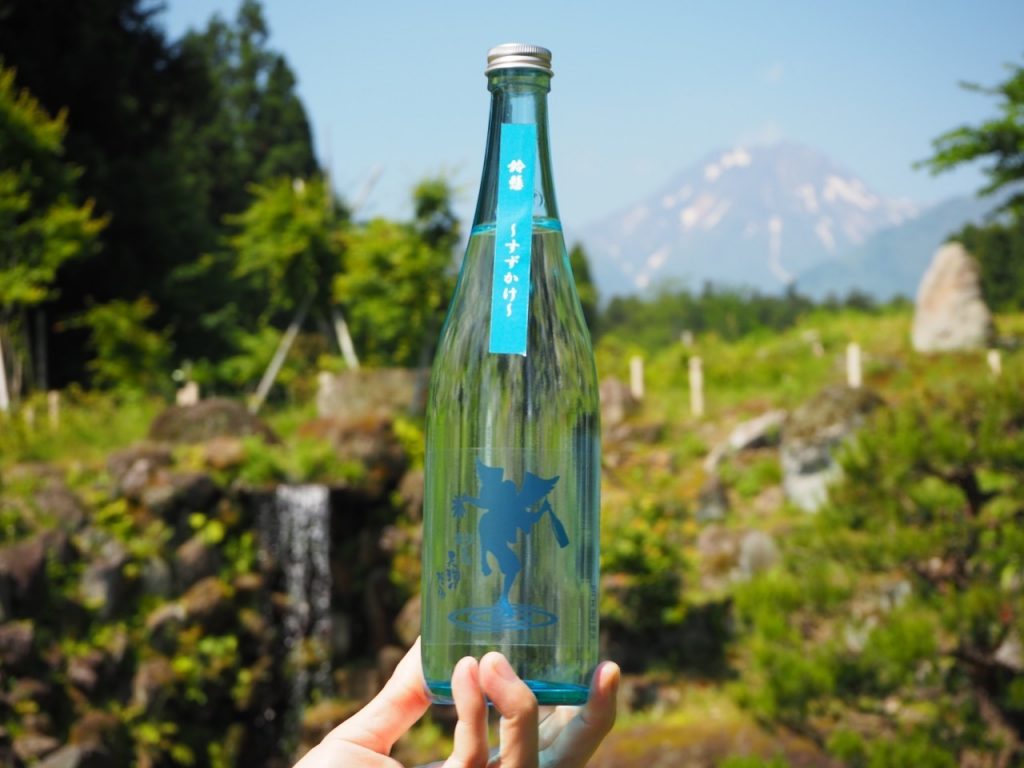 This is “Myoko Tengu no Kakushi Sake Suzukake”, which will be released as a summer limited edition sake.  It was planned and developed by the liquor stores “Juniya” and “Sake Kawakami” in Sekigawa, Myoko City.

“Tengu no Kakushi Sake” is a sake made from local ingredients, using the spring water of “Koshitanrei” cultivated in the Haradori area of Myoko City and “Ohshikakoushindo Shimizu” in the Ohshika area.  Since 2009, they have been selling Nama-Genshu(unpasteurized undiluted sake) at the end of the year as a winter limited edition.

Juniya: Mr. Kawakami
“Tengu no Kakushi Sake has a strong image of being only a local speciality, and I wanted to change that.  I planned to sell a limited sake, Suzukake, in the summer so that young people, and those unfamiliar with the sake, can experience it”

The brewer of Suzukake is “Kiminoi Shuzou” in Myoko City.  It is based on the “Nama-Genshu” released at the end of the year, but the alcohol content is lowered to 13% so that people who are not familiar with sake, or who don’t like sake, can also enjoy it.  This brewed sake is prepared so that it is refreshing to drink in the hot summer, while leaving a rich taste.  It is delicious when you chill it and drink it on the rocks or with carbonated water, adding a squeeze of lemon and drinking it like a whisky and soda.

We also specially designed the bottle and packaging so as to be as visually appealing as possible. We gave it a transparent appearance so as to suggest a cool and refreshing taste. 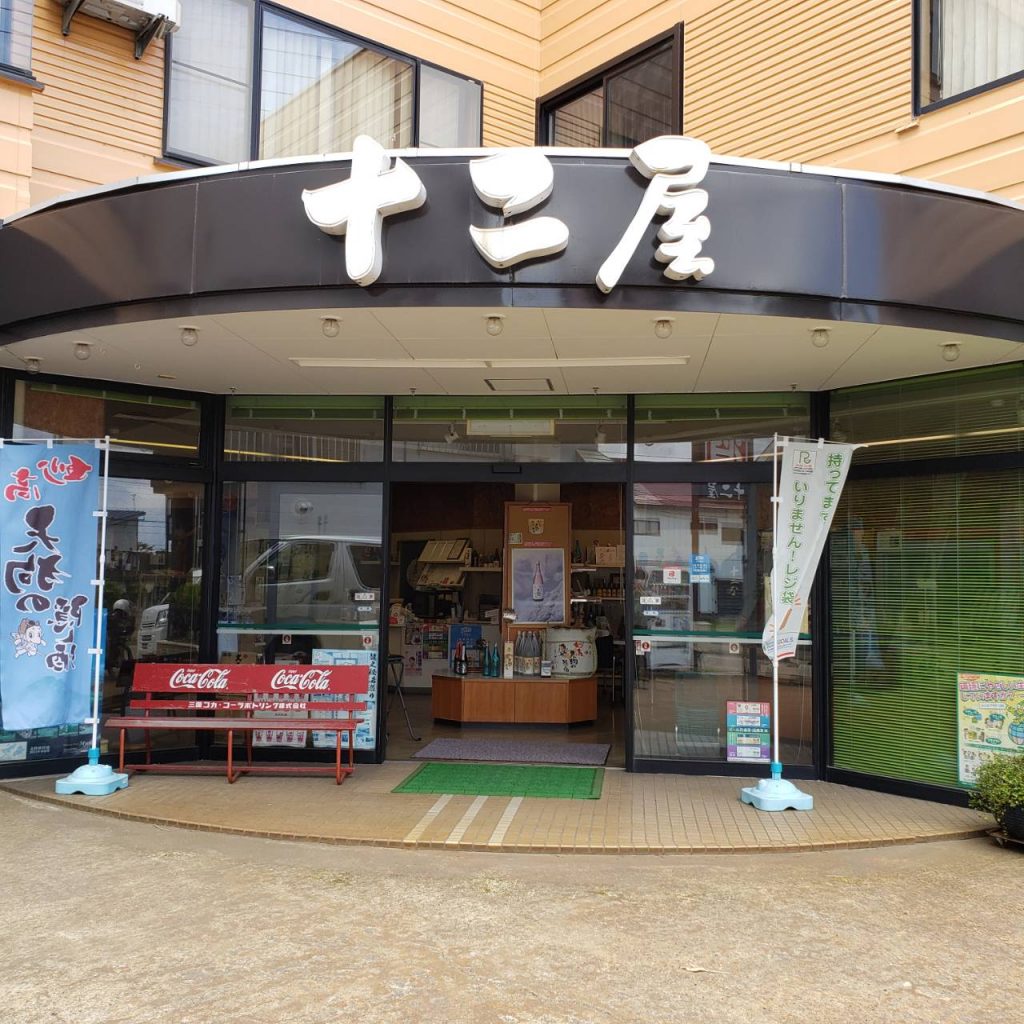 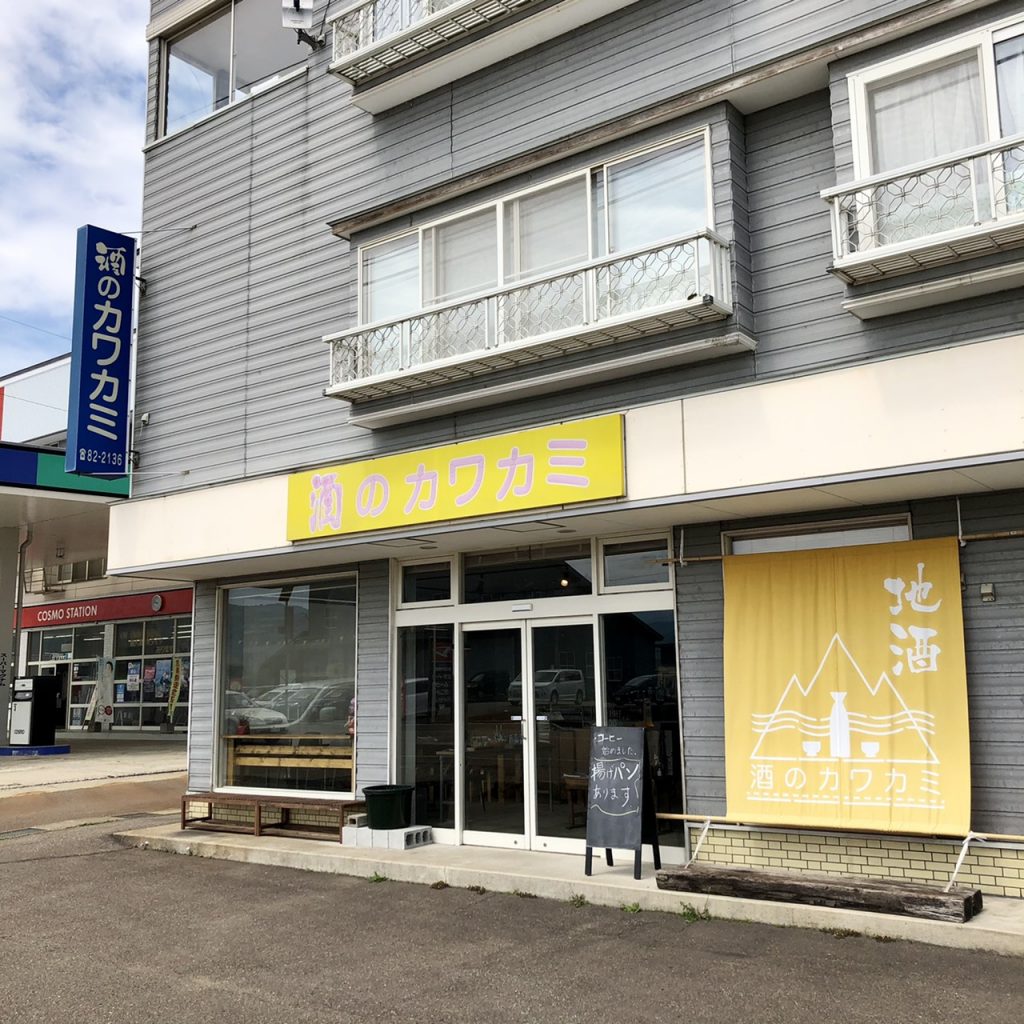 The release date is June 16th (Wednesday).  It will be sold only at two stores, “Juniya” and “Sake Kawakami” in Sekiyama, Myoko.