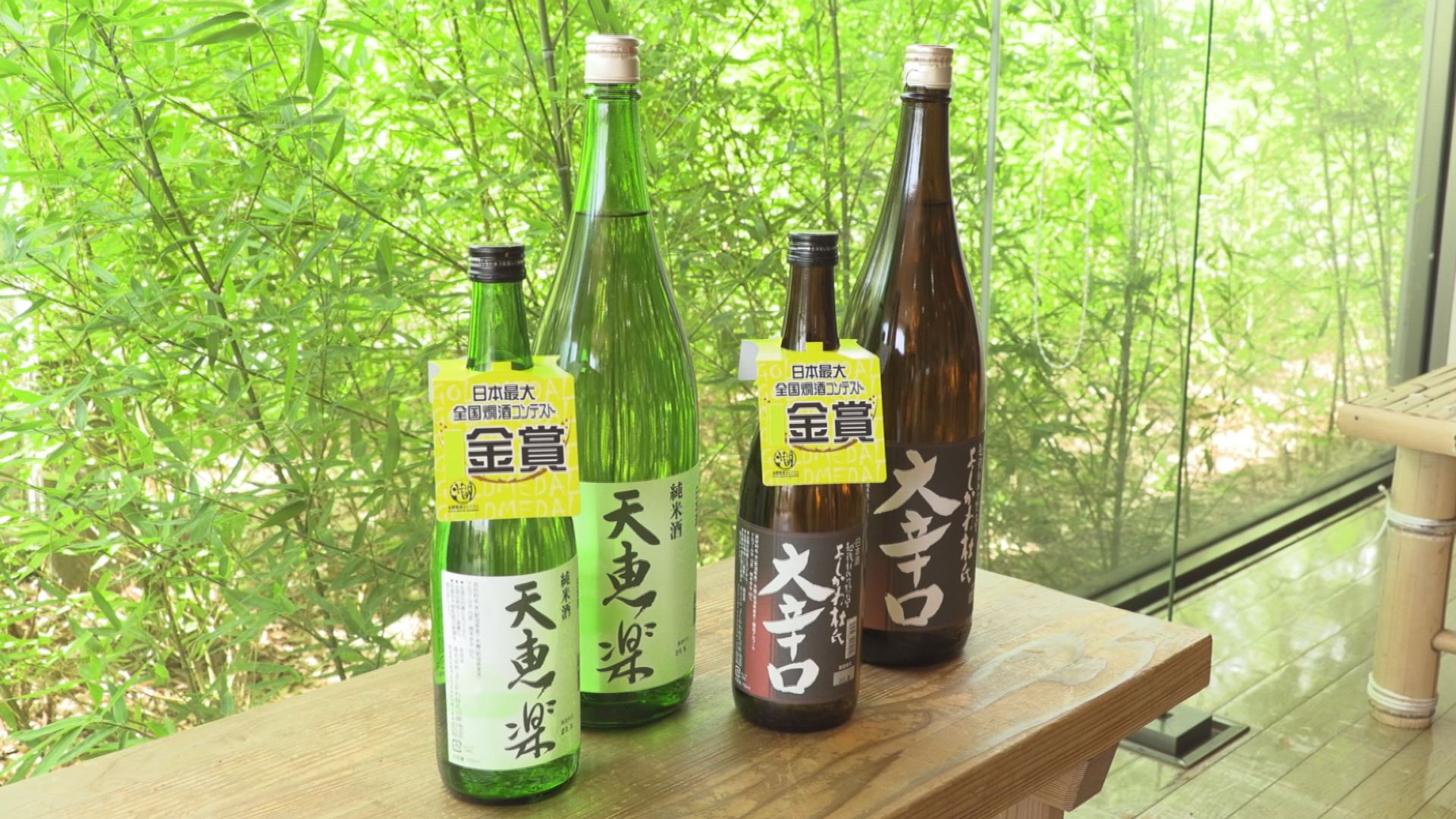 The gold medals in the national hot sake contest were awarded to “Yoshikawa Touji Okarakuchi” in the “good value” category, and “Tenkeiraku junmai” in the “premium” category.

This brought a double award to the brewers at “Yoshikawa Toji no Sato.”

The judging used a blind method which hid the labels, and entrants from these two divisions were heated to 45 degrees.  The contest received 815 items from 245 companies in 4 categories, of which 245 received awards. 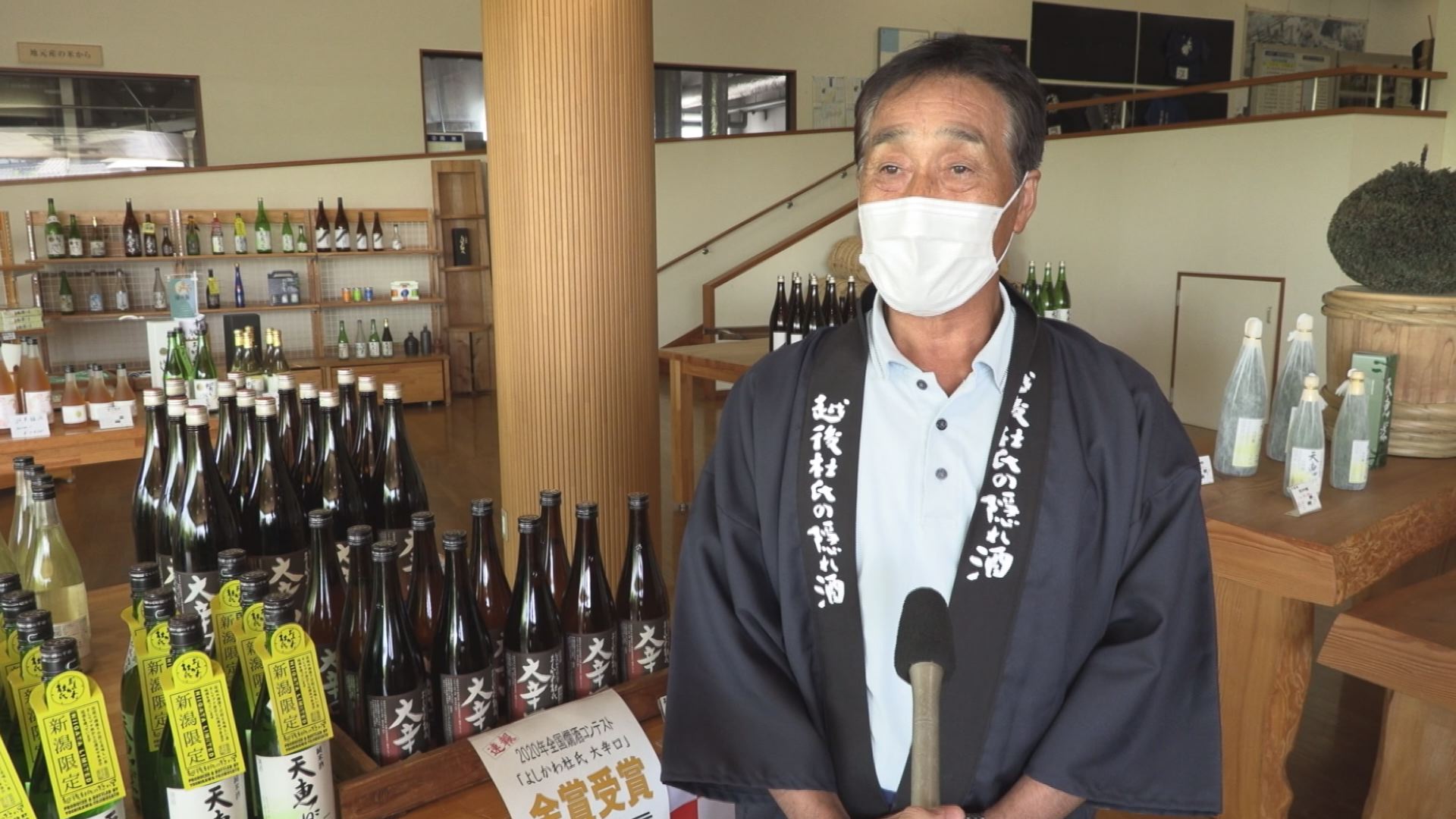 Zenichiro Koike, who is a master sake brewer, was pleased to receive the award, saying, “I am very happy to receive an award this year especially because it is a cheerful topic.” 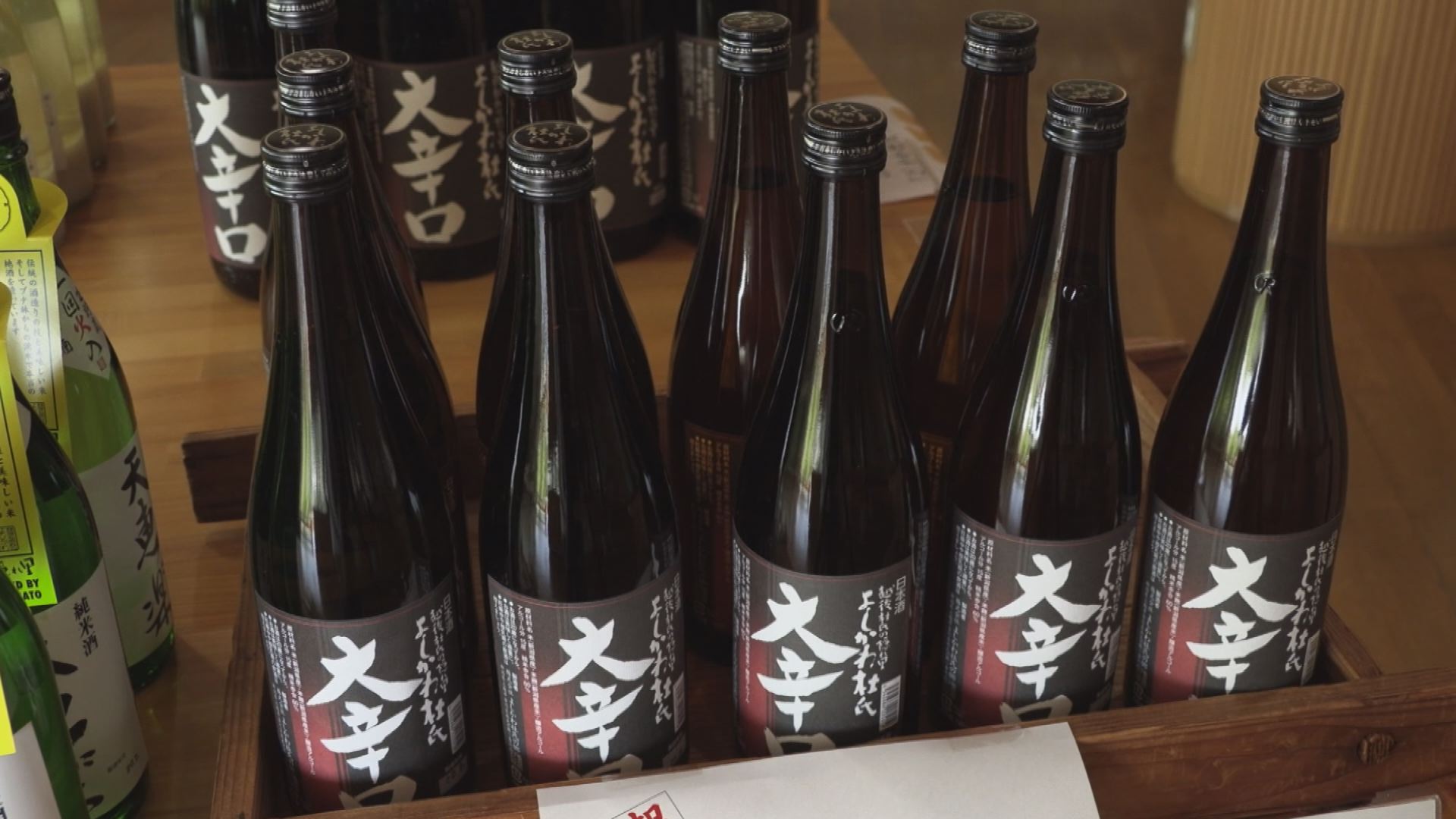 “Yoshikawa Touji Okarakuchi” is a dry sake, but characterized by a refreshing flavor, with a savory rice aftertaste.

As the name suggests, “Tenkeiraku Junmai” has the “umami” of rice as a “junmai” sake, with a slightly sour taste. Its complex taste makes it especially suitable for pairing with meat.

Mr. Koike said, “I was happy to hear that after Tenkeiraku received the award, more people have said they want to buy it.  I’d love everyone to enjoy it and savor it slowly.”

In addition, “Special Junmai Myokosan” from Myoko Sake Brewery in the Joetsu region has also received a gold medal in the “Premium” category.