Blueberries are overflowing from the fluffy bread！

Kotake Confectionery, which manufactures and sells “Sandpan(bread)”, a soul food of Joetsu City, Niigata Prefecture, sells a “Sandpan” using large blueberries for a limited time in the summer. 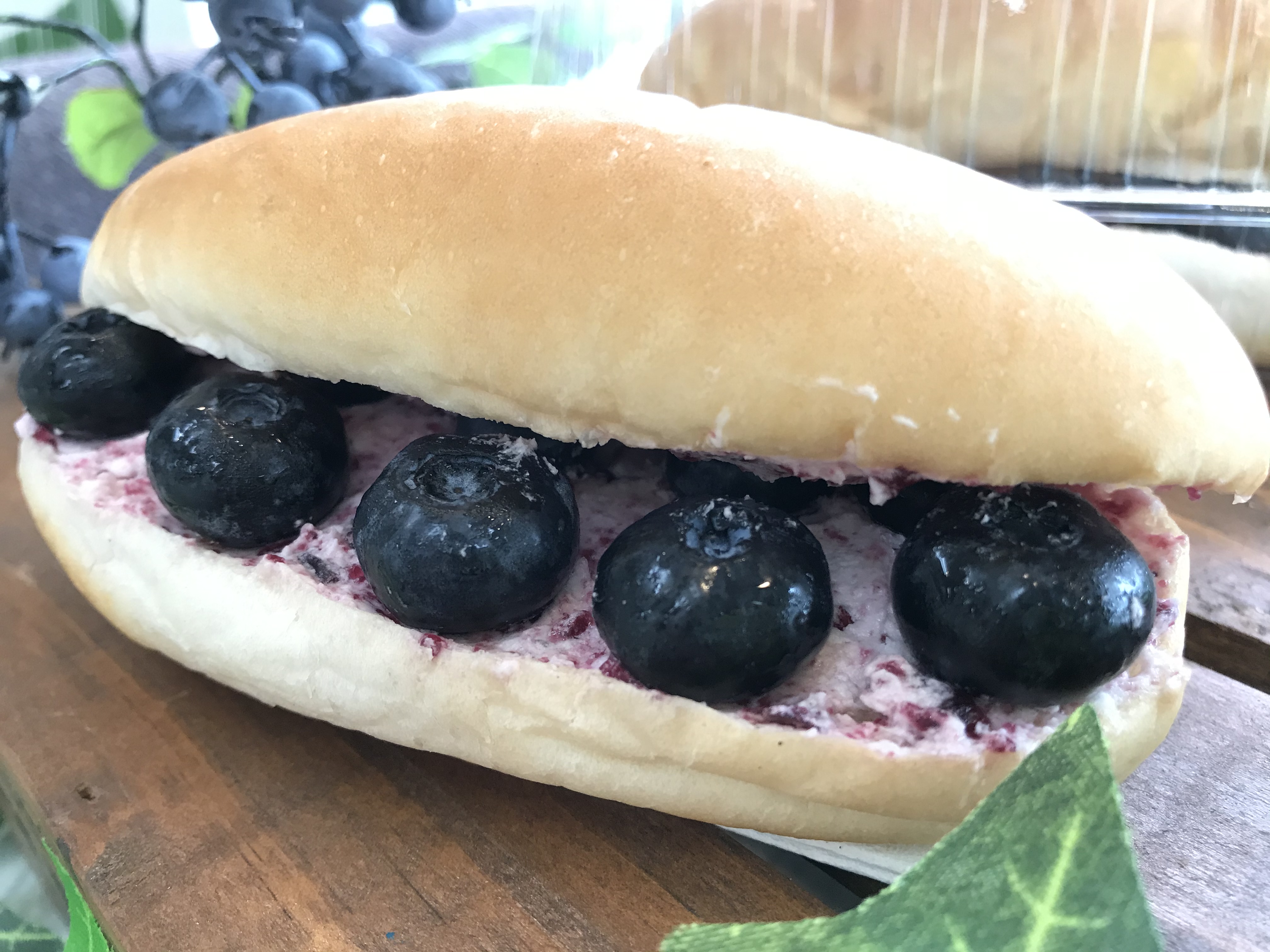 This is a Sandpan that uses plenty of seasonal blueberries.  Look at the large blueberries that seem to burst out of the bread!   The appearance is amazing.   Imagine what it tastes like.

The fluffy bread is freshly made using a traditional fermentation method. Inside, there is plenty of homemade cream that blends blueberry pulp with a secret buttercream base.  Furthermore, on top of the cream are the large blueberries, which are picked in the morning and have been sent directly from the farm in Myoko.  It looks good on Instagram as well. 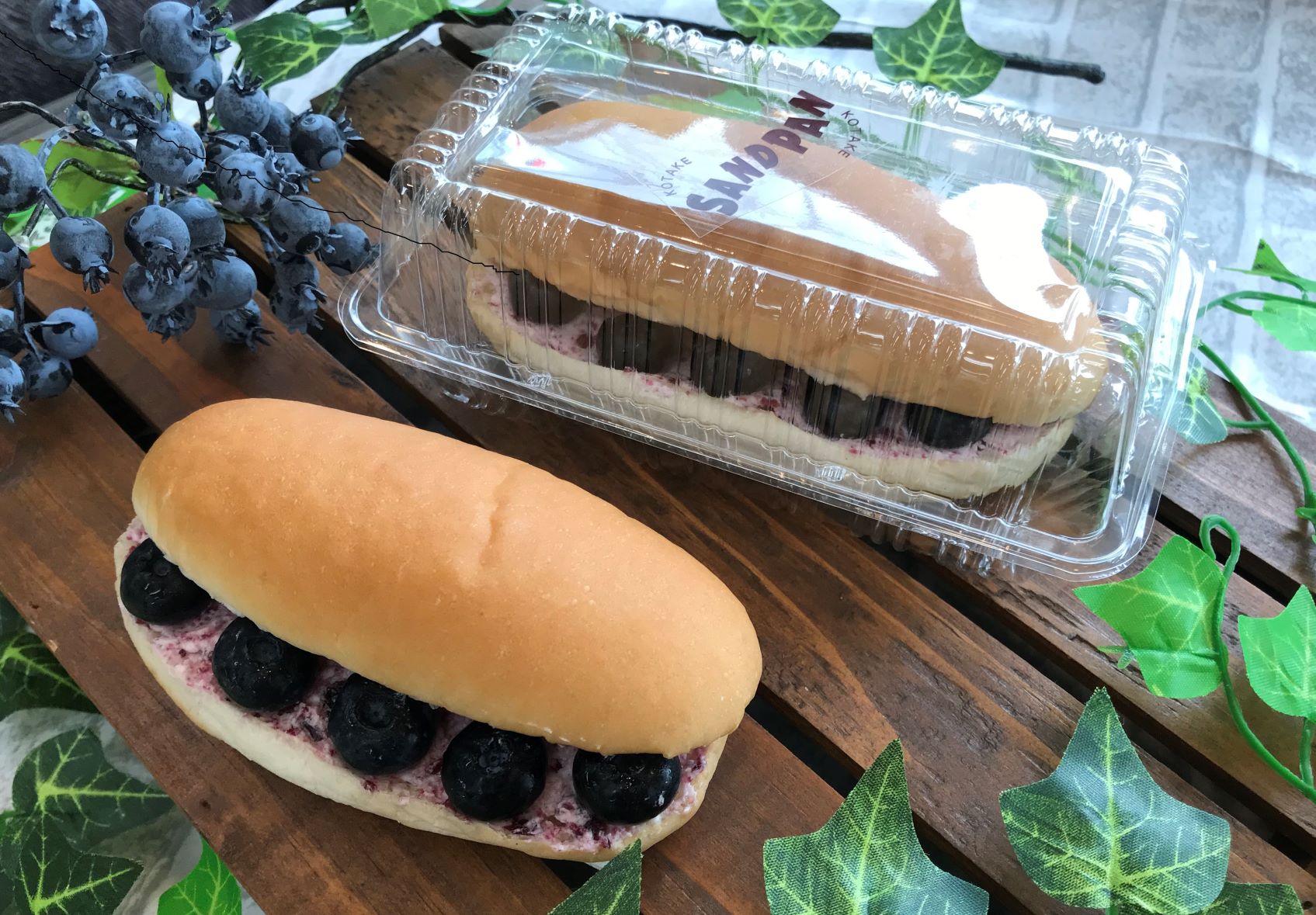 Blueberry Sandpan was a very popular product that was sold last July for a limited time.  According to Kotake Confectionery, blueberry cream has a mild sweetness to make full use of the ingredients’ taste.  You can enjoy the moderate sweetness of the cream, and the refreshing taste of the fresh blueberries.

“Locally harvested blueberries are expensive, but you can easily eat them with our Sandpan.  We want you to enjoy local seasonal ingredients in our Sandpan,” he said.

Reservations are accepted for sale for a limited time until the middle of July when blueberries can be harvested.

In addition, three new flavors have been added to Sandpan range this summer. 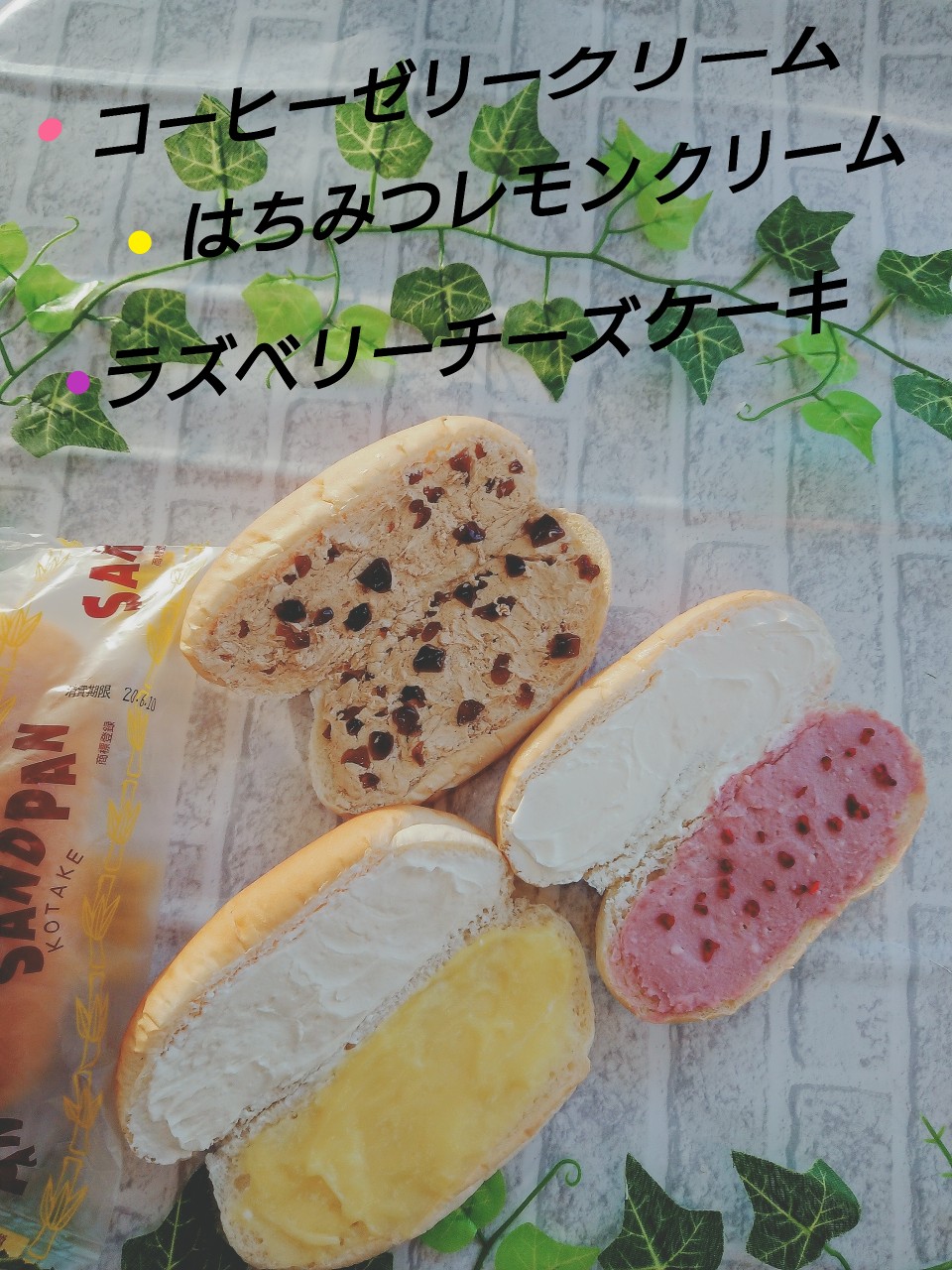 Coffee Jelly Cream Sandpan is a scented coffee cream sandwiched with slightly sweetened coffee jelly.  The texture of the cold jelly is good for summer.

The Raspberry Cheese Cream Sandpan uses local fresh cream cheese, and dried wood strawberry chips. With the image of raspberry cheesecake, you can enjoy the richness of cheese and the refreshing scent of berries.

In order to make each flavor a summer product, it has been repeatedly refined and improved.  Other new flavors will be released in the future.  The store manager said, “I hope you can enjoy not only the standard but also various tastes of the sand bread.  Please look forward to August!”

*Both Sandpans are only sold at Kotake Confectionery Head Office.