A service to issue station original stamps called “Tetsuin” at local railways nationwide started from July 10th.  The Echigo Tokimeki Railway, which runs in the Joetsu region of Niigata Prefecture, will also participate and you can get two types of “Tetsuin” at Naoetsu Station and Itoigawa Station. 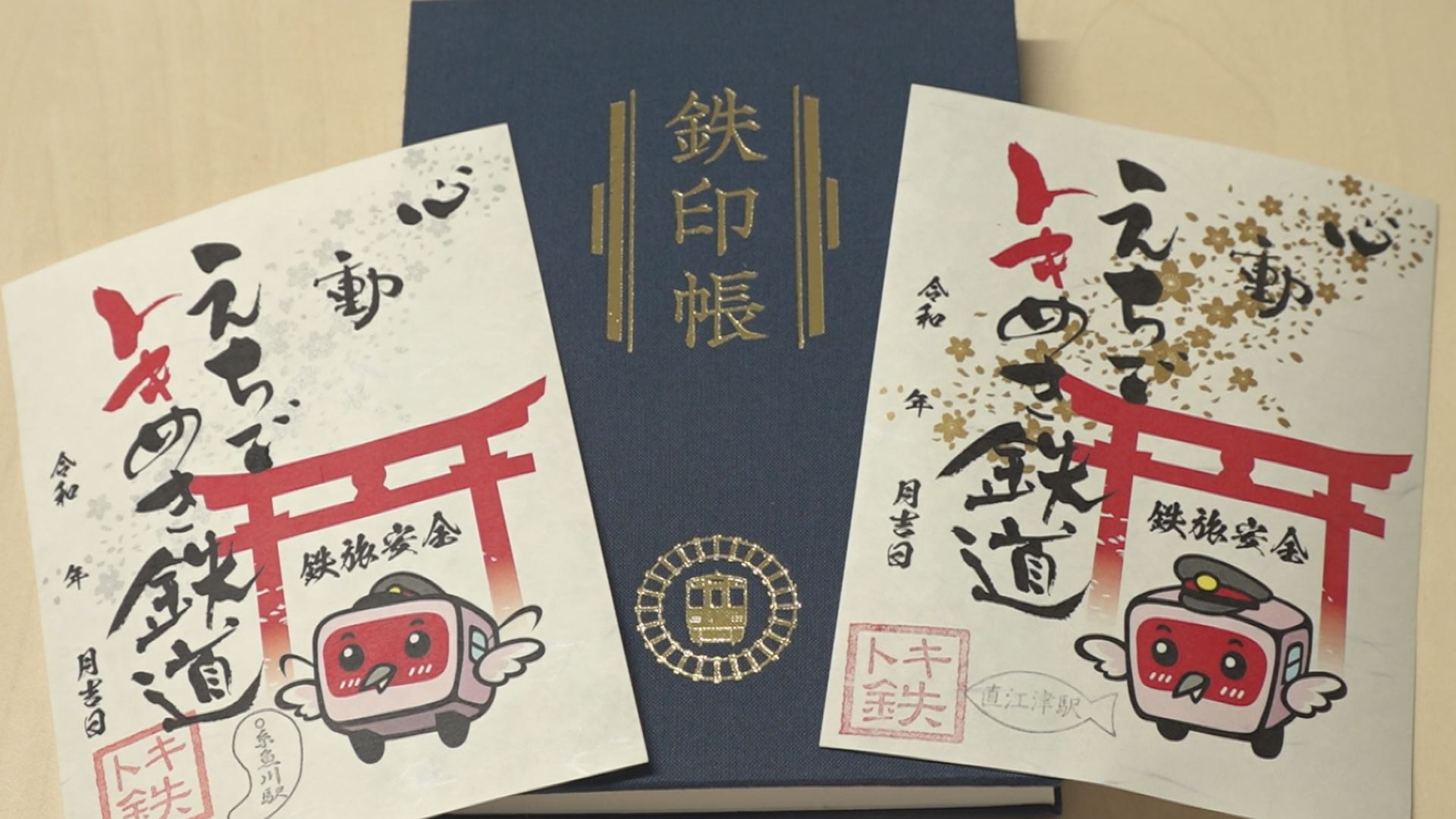 You can see the word “Shindo” on the upper right of the stamp.  It was written by Keisetsu Watanabe, a calligrapher in Joetsu City. It means “tokimeki” in the Taiwanese language.

This is because the Echigo Tokimeki Railway “Sekiyama Station” has a sister station agreement with Taiwan’s “Kanzan Station” which uses the same kanji. 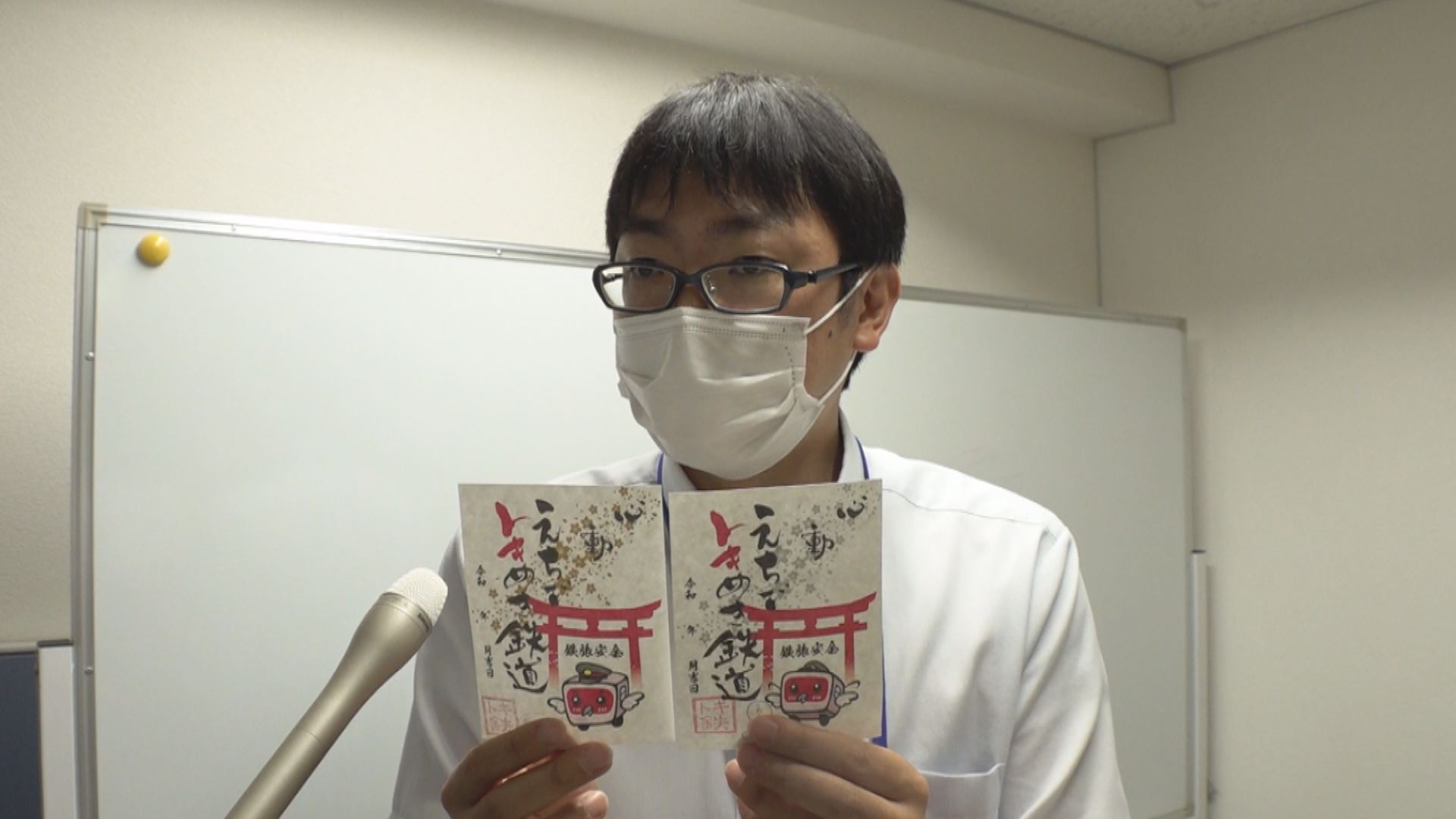 Echigo Tokimeki Railway staff said, “You can get enjoyment just by collecting the Tetsuin. Not only railway fans but also children and adults can collect them.”

This “stamp book” is necessary to receive the Tetsuin. You can get the Tetsuin by purchasing the stamp book at the window of Naoetsu Station or Itoigawa Station, and presenting your ticket.  The price is 2,200 yen including tax for one stamp book.  If you don’t have a train ticket, you must pay the entry fee of 300 yen to receive the stamp. 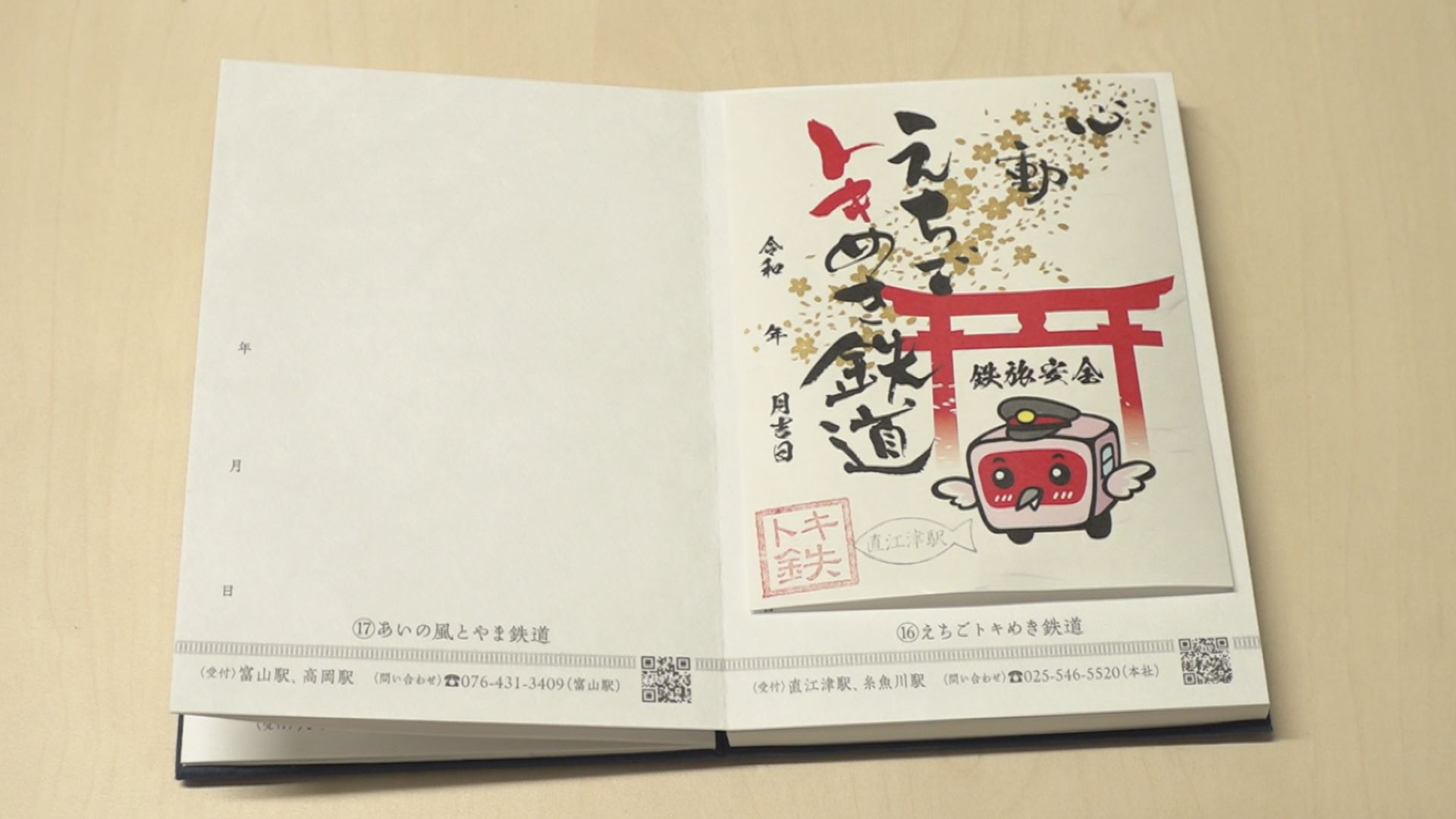 A limited number of stamped books signed by Akira Torizuka, president of the Echigo Toki Meki Railway, are being sold at Naoetsu Station.  The ticket counter is open from 7am to 8pm.

40 local railway companies from Hokkaido to Kyushu participate in this Tetsuin service.  If you have all 40 companies, you can purchase the “Tetsuin Meister Card” with its own unique number.

Why don’t you buy a stamp book and enjoy your trip on the railway?