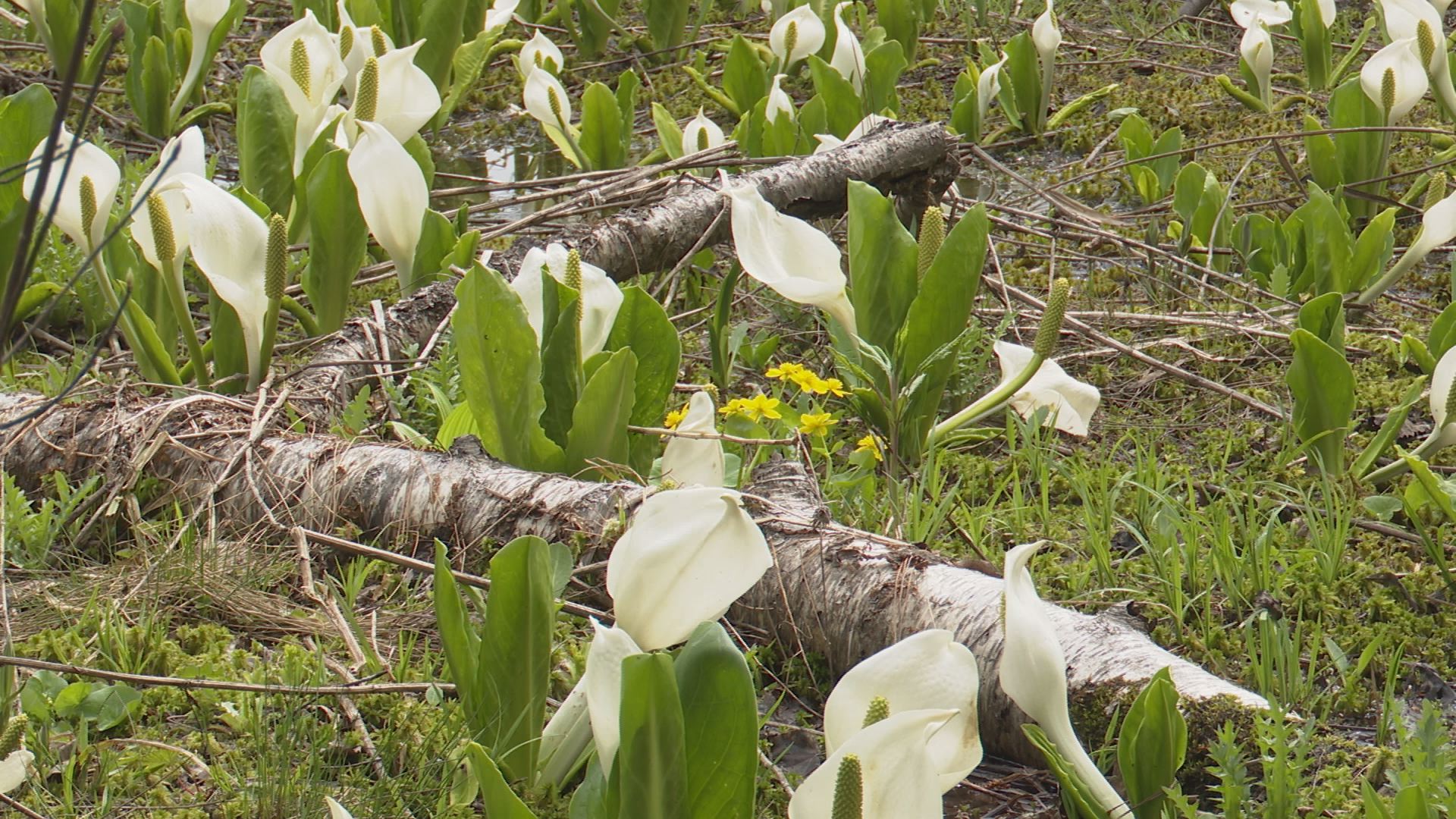 This is Yumemidaira in Sasagamine, Myoko Togakushi Mountain Range National Park, and on the morning of Thursday the 26th, Mizubasho flowers were blooming everywhere. 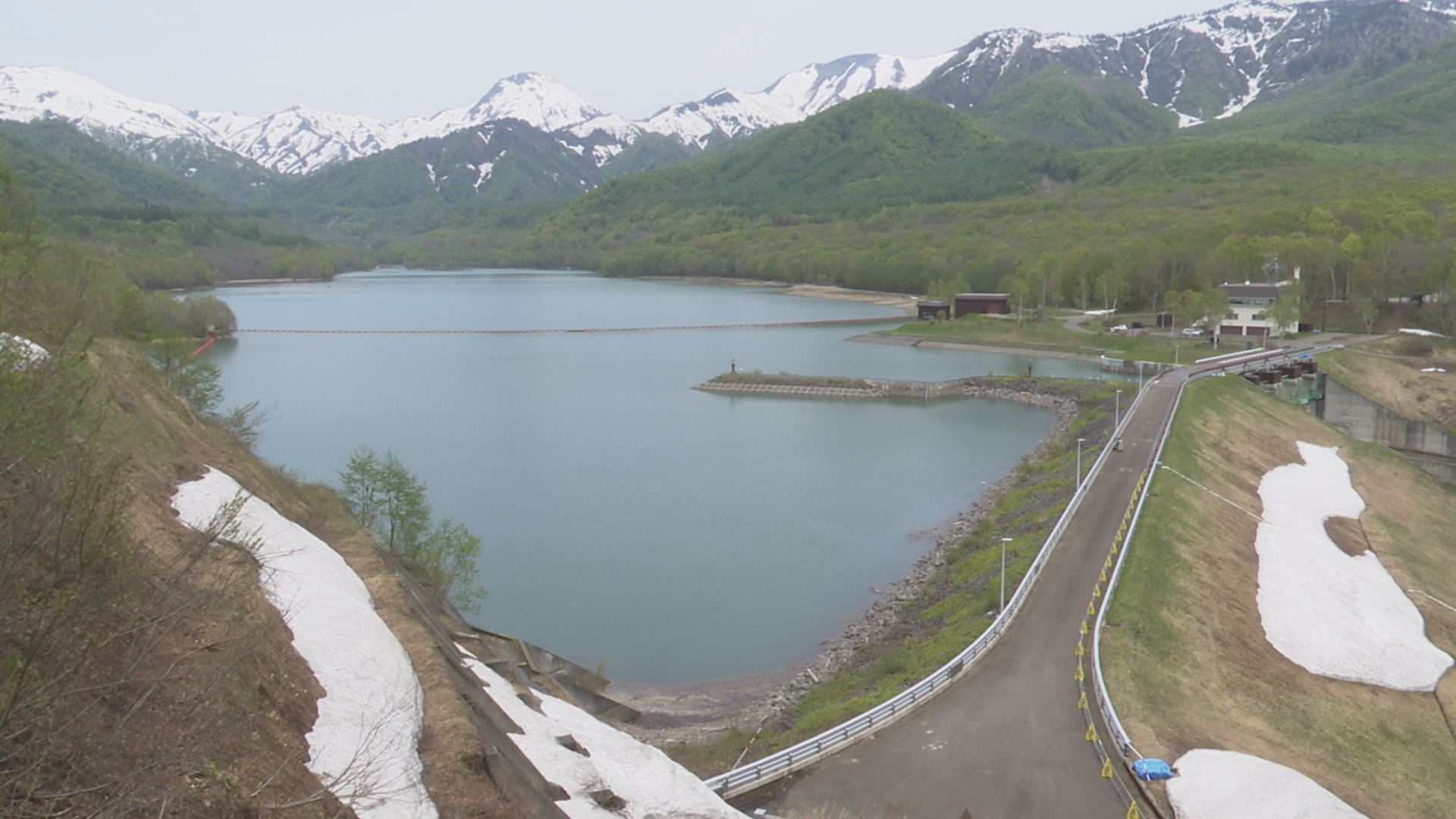 Yumemidaira is about an hour’s walk from the Sasagamine Otomi Lake rest house. 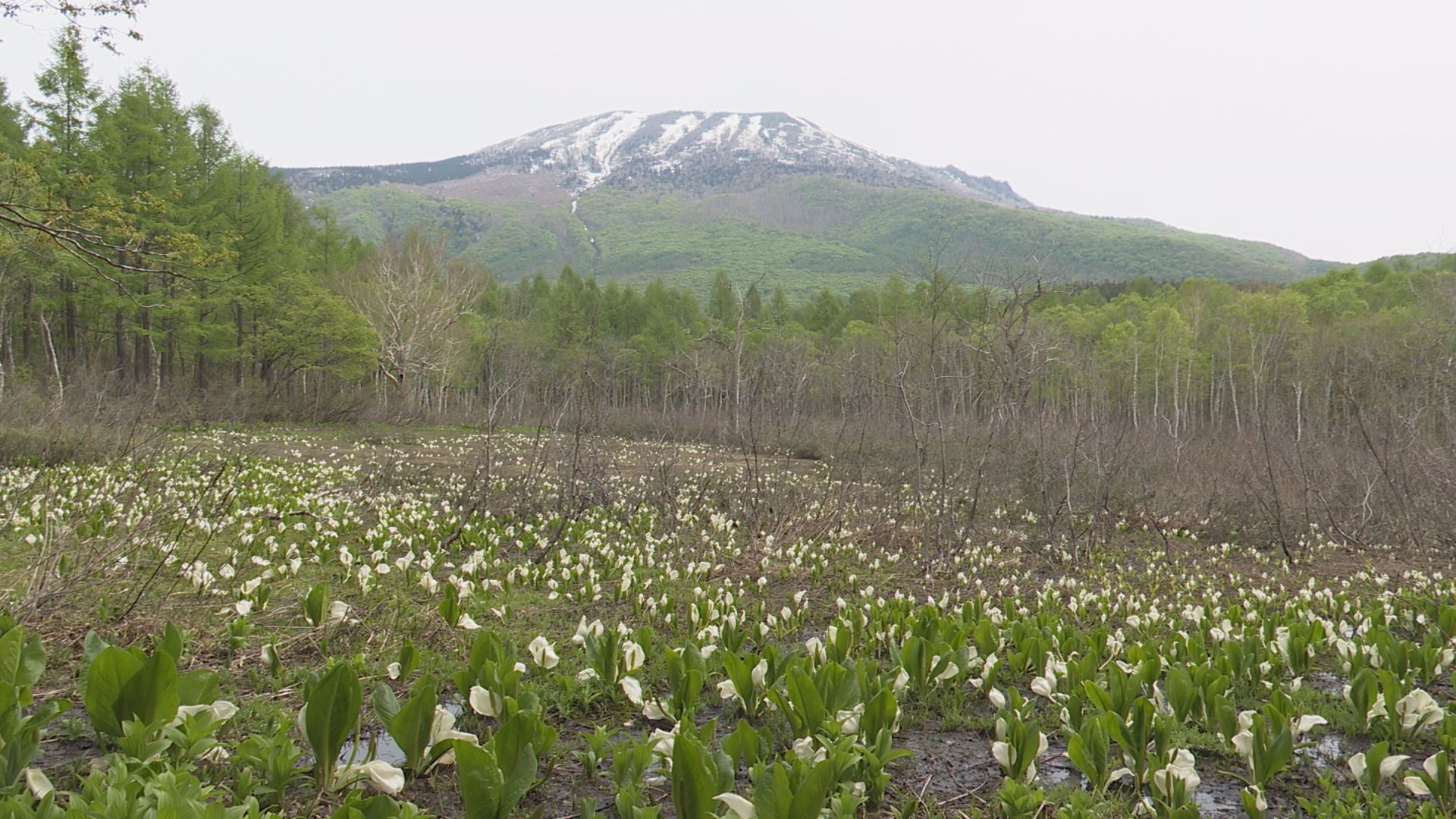 Flower fields spread over an elevation of 1,300 meters above sea level

Beyond the flowers, one can see Mt. Mitahara with lingering snow. 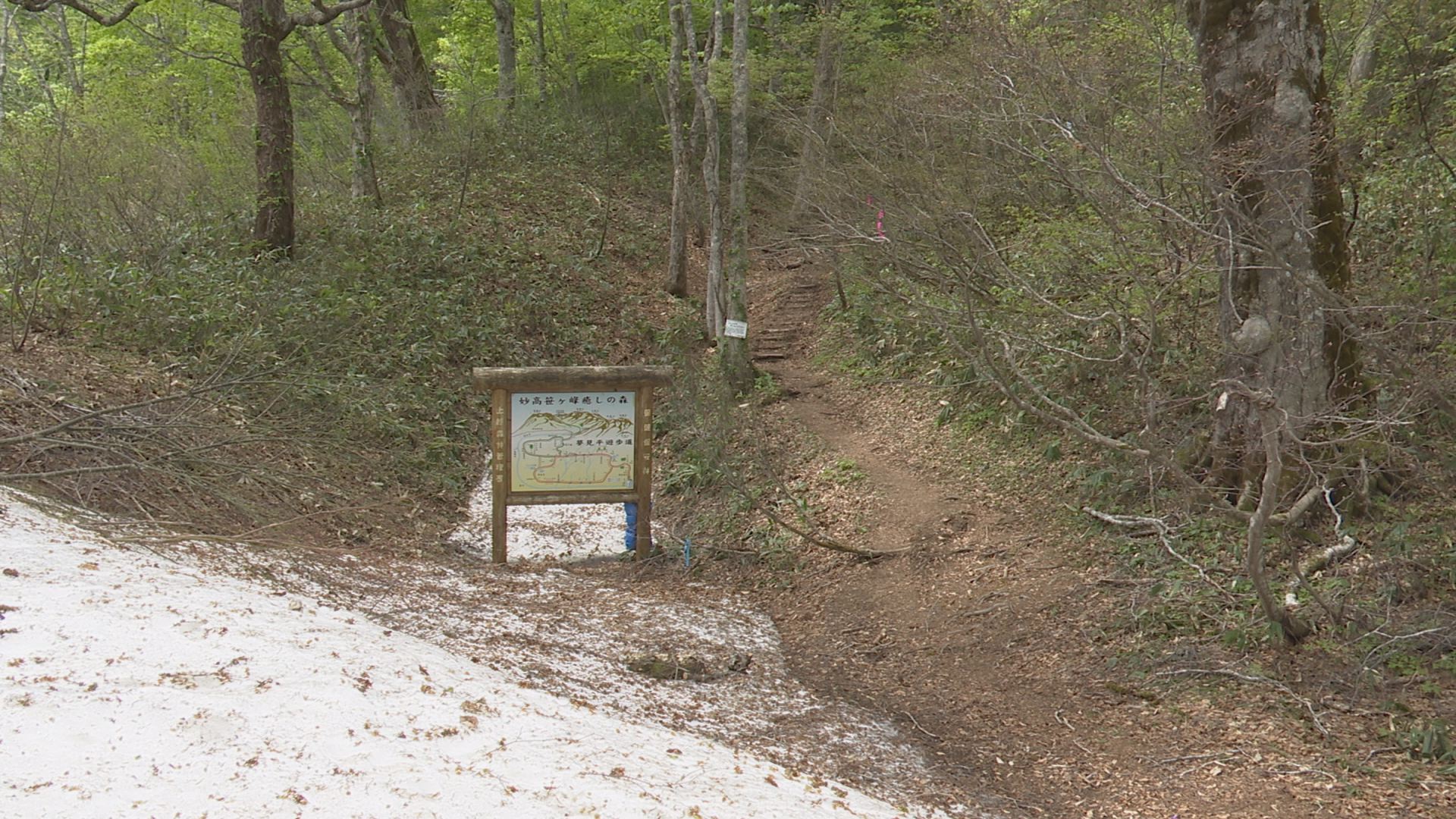 There are two trekking trails in the area, depending on your fitness level, and you can see katakuris flowers and black salamander eggs in the pond. 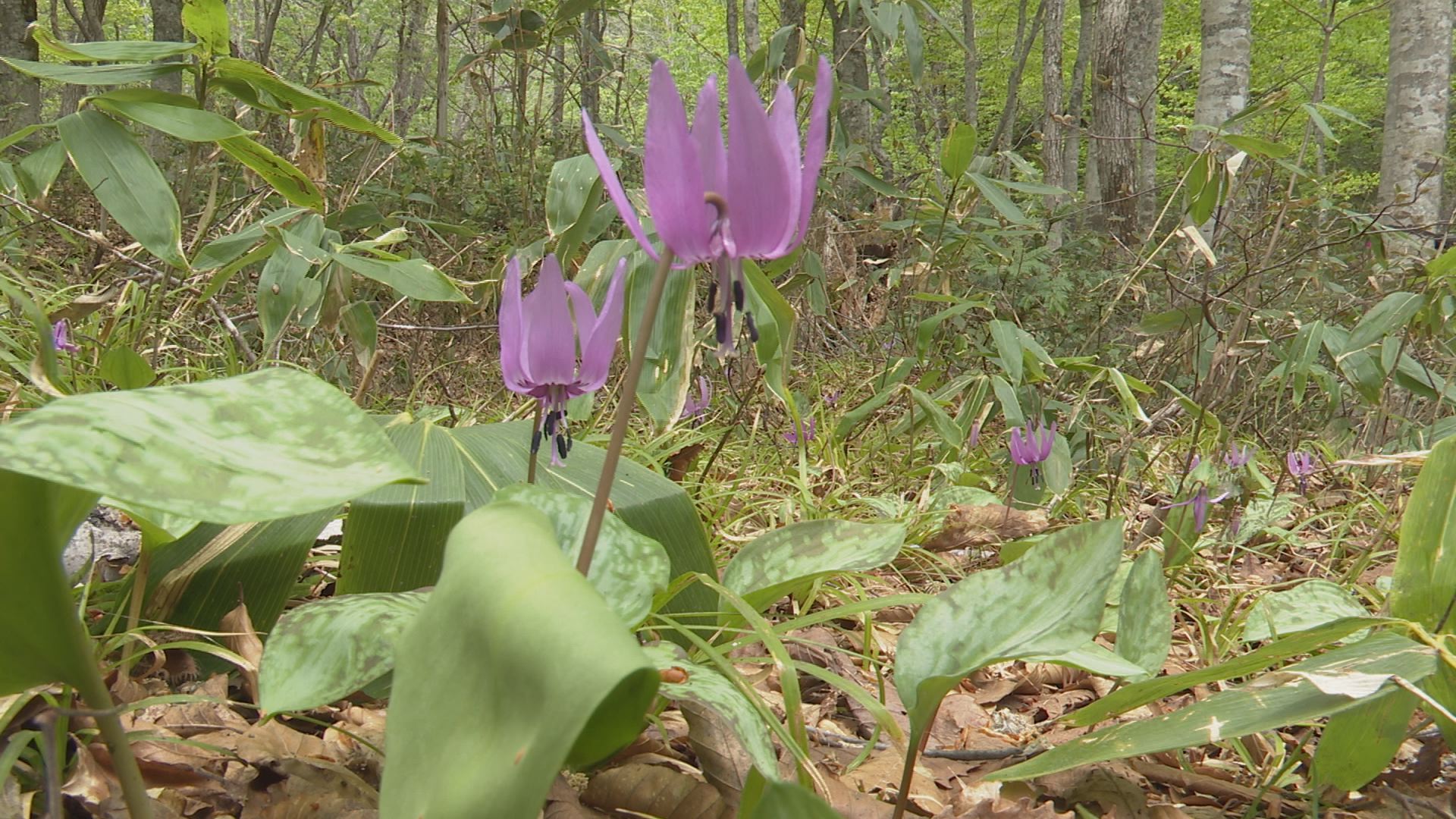 Mr. Naohiko Okada of Otomi Lake Rest House said, “Mizubashou bloomed about two weeks later than usual. We can enjoy them until the end of this month,” he said. 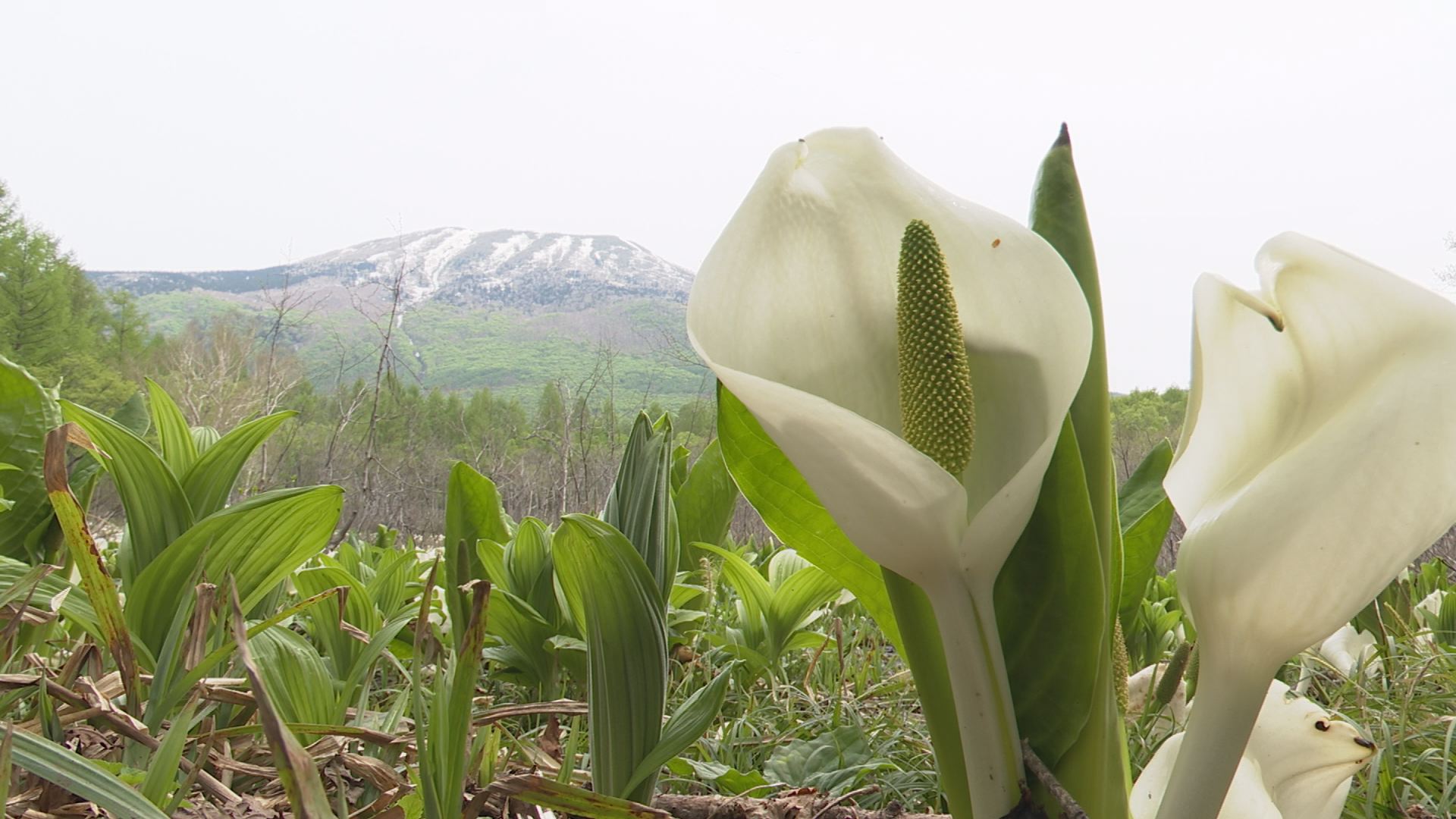 This year, there is lingering snow, which means that non-slip trekking shoes and long boots are necessary.

The season is from the thawing of the snow to early autumn. The rest house is open from 8:30 to 17:00 (open May to October).