The Echigo Tokimeki Railway, which runs in the Joetsu region, will sell special commemorative tickets on May 5, 2022, “455 Day,” in honor of the 455 Series sightseeing express train it operates. 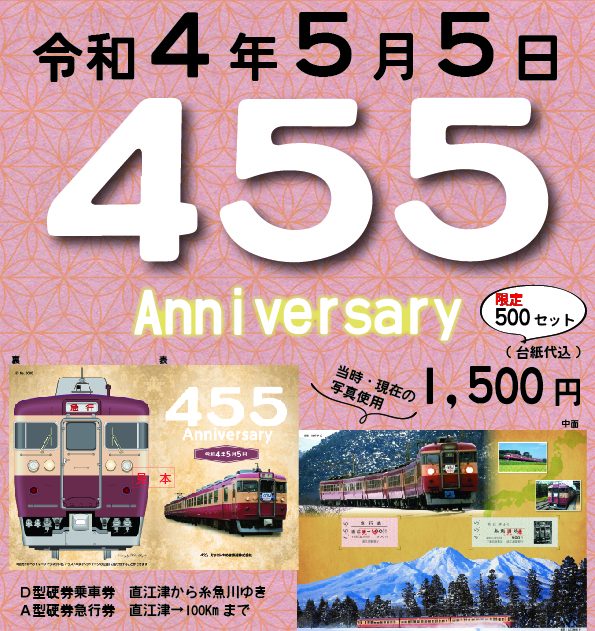 Kanko Kyuko operates with old-fashioned Japan National Railways type trains. The train is a 455 series manufactured 40 years ago. The trains used to run all over Japan, but now they are being scrapped due to aging, and the only one still in service is “Kuha 455-701” of the Echigo Tokimeki Railway. It is an extremely valuable train.

Commemorative ticket and express ticket sets will be released on May 5, 2022 as “455 Day Commemoration” in honor of the 455 Series. The set includes a D-type hard ticket from Naoetsu to Itoigawa, an A-type hard ticket express, and a special commemorative mount with photos of the current and JNR era.

In addition, the illustration on the back of the commemorative mount is designed to allow the user to attach the headmark miniature magnet, which is sold exclusively on board the Kanko Kyuko trains. 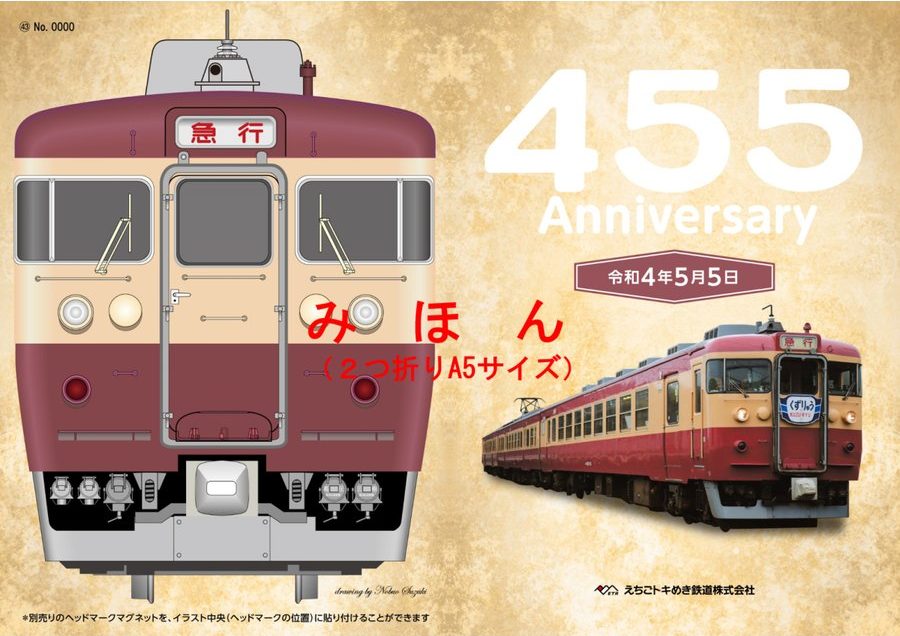 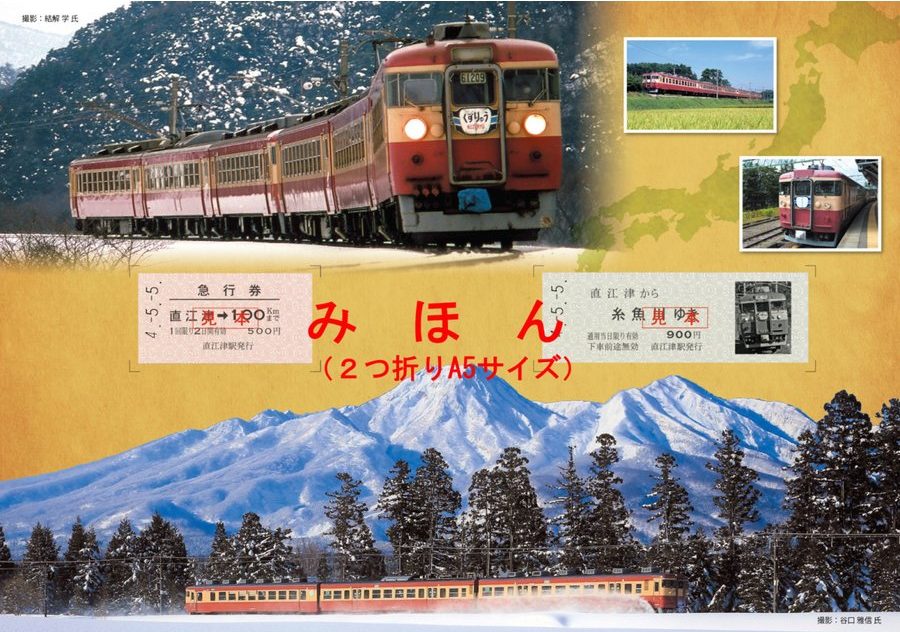 Commemorative ticket and express ticket sets can be used until May 4, 2023. The price is 1,500 yen per set, in limited quantities of 500 sets, and sales will end when all the sets are gone. Tickets will be sold at the Myoko Kogen, Arai, Joetsu Myoko, Takada, Naoetsu, and Itoigawa stations, and at the official Echigo Tokimeki Railway store. Pre-orders will be accepted at the official store from midnight on April 29 (Friday, national holiday).

“455 Day Commemoration” Ticket and Express Ticket Set
■Sales period: May 5 (Thursday, national holiday) – May 4, 2023 *Sales will end as soon as they run out.
■Fee: 1500 yen (including mount fee)
■Sales quantity: Limited to 500 sets
■term of validity
・Tickets (D-type hard ticket): Valid for one time only on the day of validity from May 5, 2022 to May 4, 2023 (from Naoetsu to Itoigawa)
・Express ticket (Type A hard ticket): Valid for 2 days only once from May 5, 2022 to May 4, 2023 (from Naoetsu to 100 km)
■Sales locations: Myoko Kogen Station, Arai Station, Joetsu Myoko Station, Takada Station, Naoetsu Station, and Itoigawa Station, Echigo Tokimeki Railway Official Shop
■Home Page (Japanese only)：https://www.echigo-tokimeki.co.jp/