You can only buy them at the Myoko Kogen Tourist Information Center!

Five unique gelatos using Myoko City’s fermented foods, such as Kanzuri, a spicy seasoning, and sake from a long-established brewery, have been completed and are attracting attention. What are the flavors? 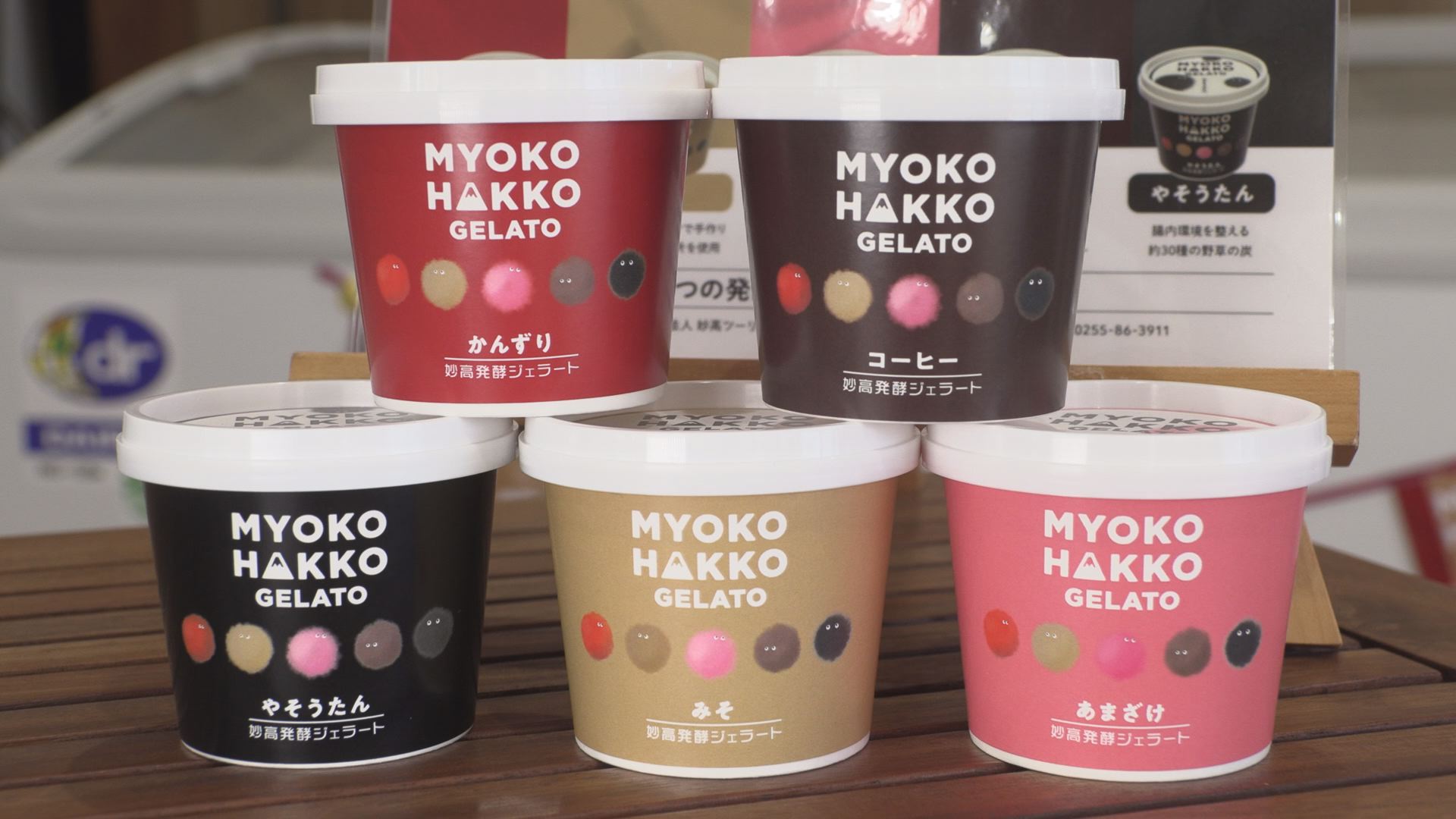 This is Myoko Fermented Gelato. There are five flavors, all of which use Myoko City’s fermented foods as ingredients.

■Kanzuri
As the name implies, the spice kanzuri is kneaded into the gelato, but the flavor of kanzuri is not spicy.
■Miso
It is made from Ota Jozo’s red miso and has a moderate sweetness and saltiness.
■Amake (sweet sake)
Amamake is made from Ayu Masamune Shuzo’s sweet sake, which has a natural sweetness that retains the grains of brown rice.
■Coffee
Myoukou Coffee blends its beans for gelato, giving it a bittersweet taste.
■Yaso-tan
About 30 kinds of wild plants selected by the Myatou Wild Plant Research Institute are used, and the flavor of the wild plant charcoal matches the gelato. 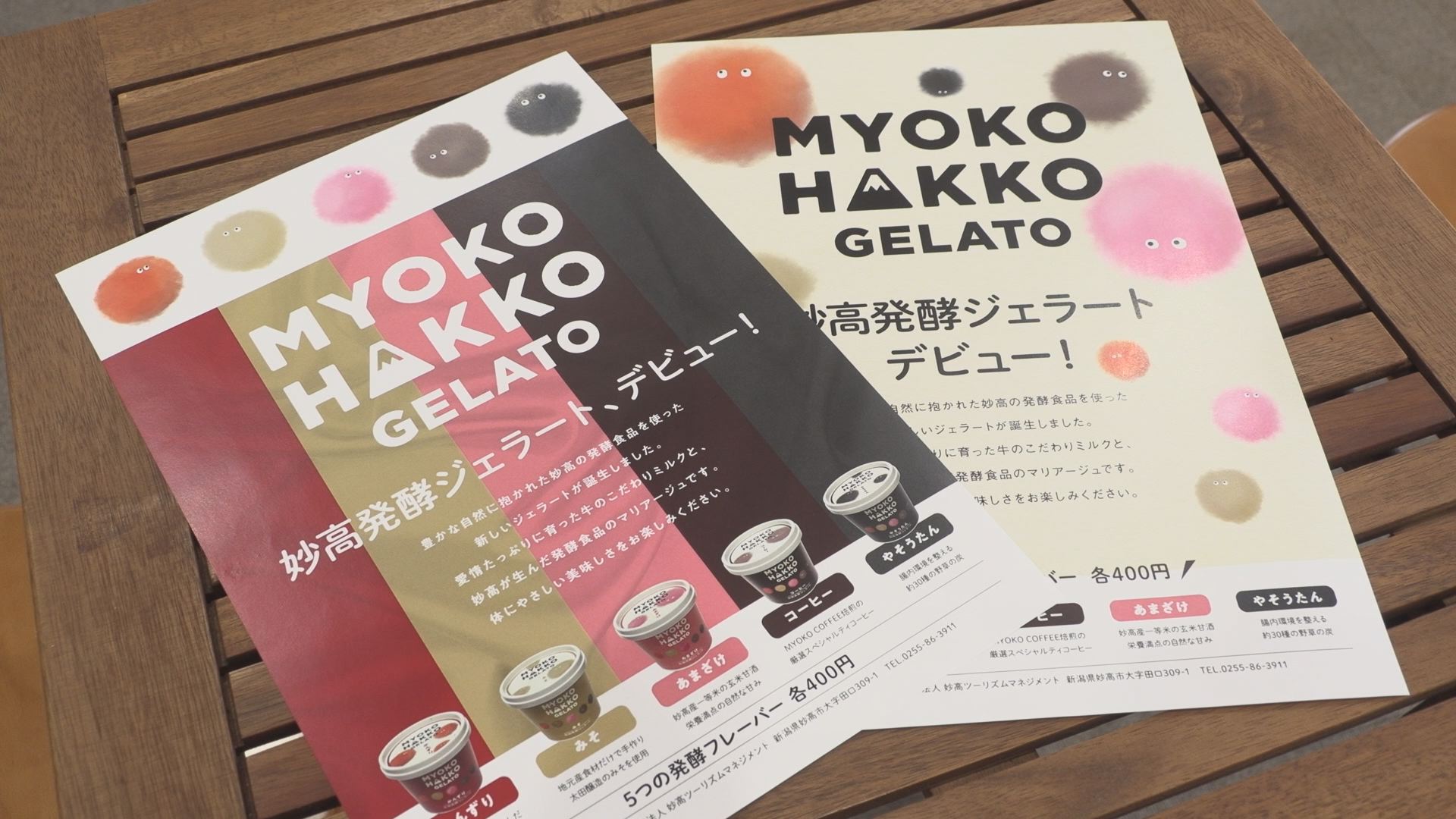 The gelato was planned by the Myoko Tourism Bureau and developed by Sonnare, a gelato specialty store in Joetsu City. 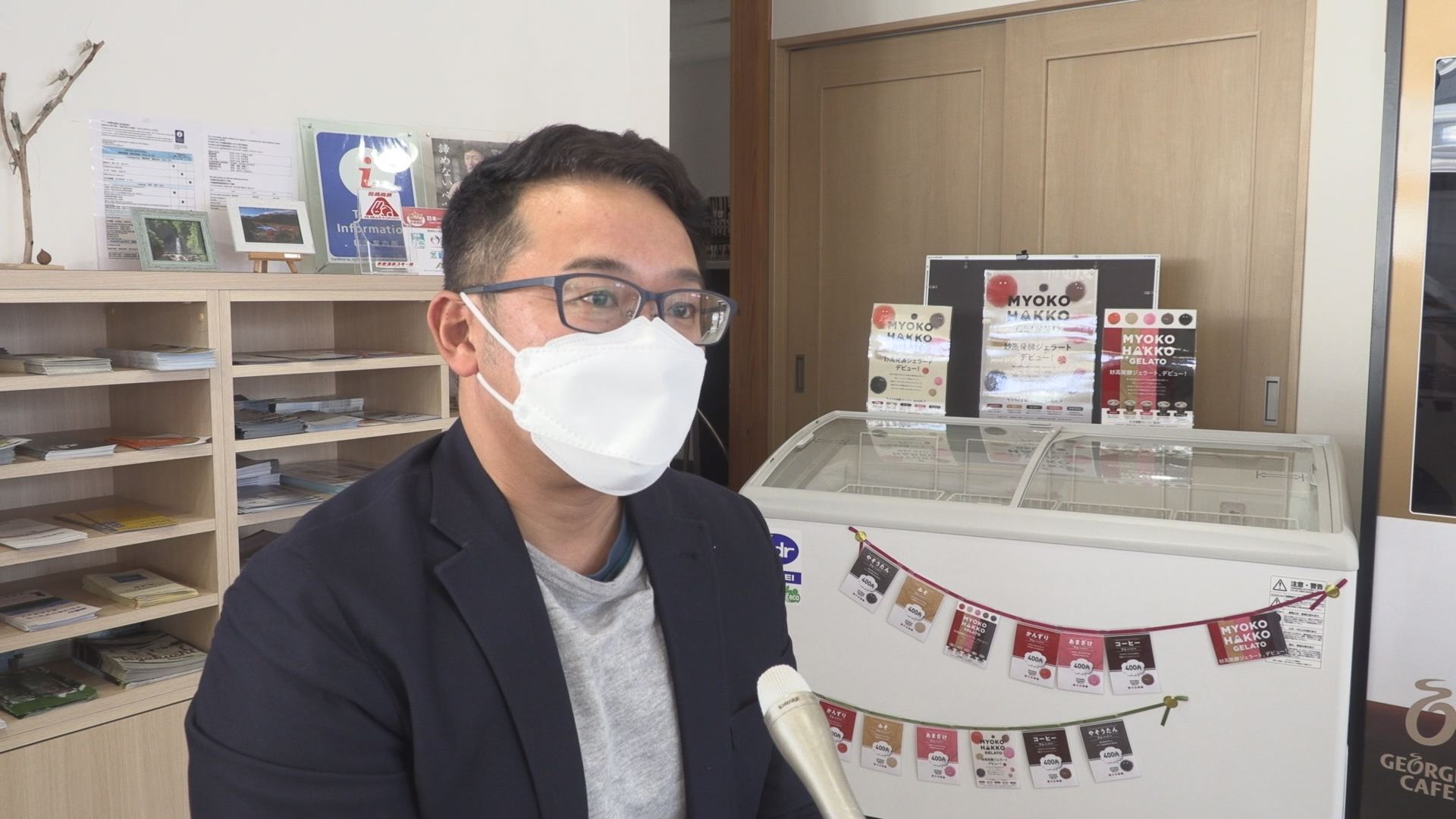 Shintaro Baba, manager of the Myoko Tourism Bureau, said, “Myoko has a thriving fermentation culture, so we wanted to develop a specialty product using fermented foods. In the trial production stage, we tried to find a way to bring out the flavor of kanzuri, for example, and a blend of charcoal to bring out the texture of yasotan.

There are 250 gelatos in total, but since some of them have already been sold out, they are now increasing production and will be in stock by the end of January.

Mr. Baba says, “Currently, gelato is only available at the Myoko Kogen Tourist Information Center, so we would like to expand our sales network to include roadside stations, inns, and public facilities to sell the gelato as a local specialty. 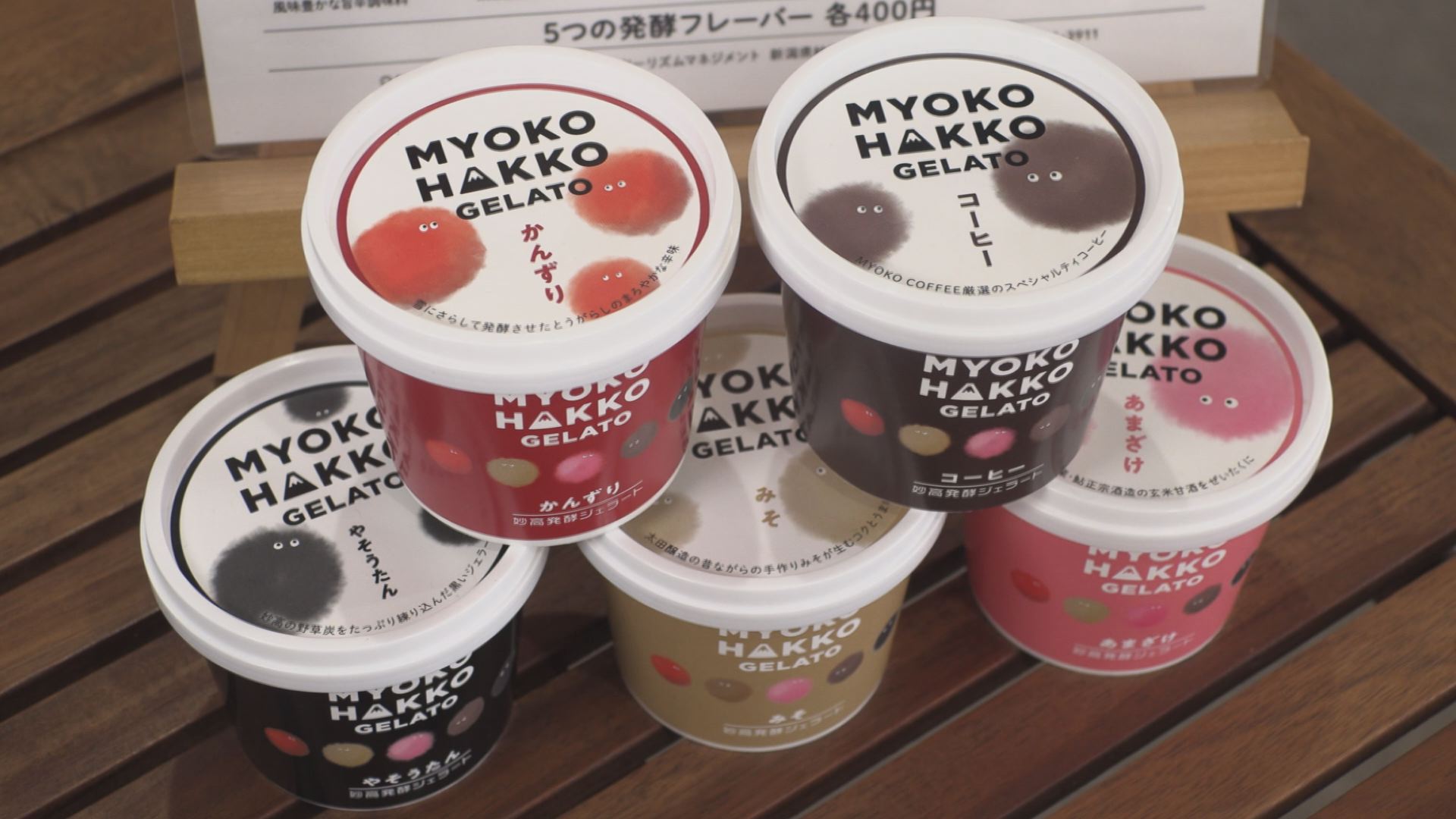 Myoko Fermented Gelato” is 400 yen each and can be purchased at the Myoko Kogen Tourist Information Center.