The limited sake for the SAKE Festival has been released by Kiminoi Shuzo(Sake Brewery)!

The “Echigo Kenshin SAKE Festival” is scheduled to be held in October in Joetsu City, Niigata Prefecture.  Before that festival, Kiminoi Shuzo in Shimomachi, Myoko City brewed its own limited sake for the SAKE Festival, and sales began on September 21st (Tuesday).

This limited sake was developed from a concept that Kiminoi Shuzo had been working on for two years to promote the “Echigo Kenshin SAKE Festival”.  This limited sake was brewed with the intention of being a “light liquor drunk during meals with sake”.  By aging the sake, the quality of the sake reached the required standard, and it has now been released. 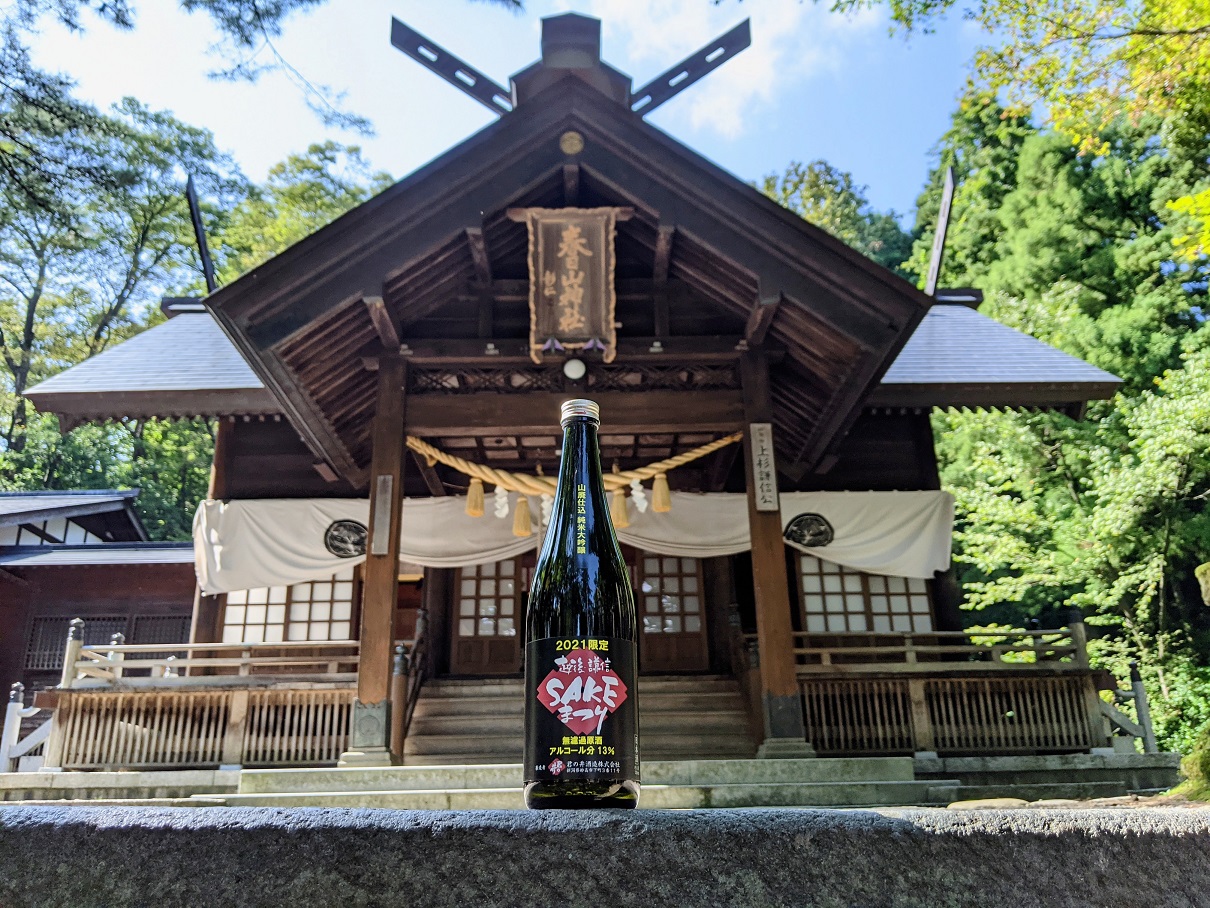 The sake rice “Koshikagura” from Myoko City, is used. It was cultivated by Toji(sake breweries).  Lactic acid bacteria, which is essential for sake brewing, has grown over time in the brewery.  By using this bacteria, the rich flavor of the rice is brought out, and harmony with the refreshing acid derived from the lactic acid is achieved.

Mr. Teppei Shimotori from Kiminoi Shuzo:
“In addition to the SAKE Festival, I would like younger people to drink sake.  The alcohol content has been reduced to 13 percent to make it easier to drink.”

According to Kiminoi Shuzo, the recommended way to drink the sake is either cold, or at room temperature. It goes well with light tasting dishes, for example white fish sashimi, namero (Miso based fish tartar), vinegared food, carpaccio, etc.  Especially, it goes well with sea ​​bream or Japanese babylon sashimi.