Toki Tetsu “Holiday Tour Pass” will be on sale from October 14th
To commemorate the 150th anniversary of the railway opening.

One year left until “the railway 150th anniversary of opening”!

Echigo Tokimeki Railway will release “the 150th Anniversary of the Railway Opening Holiday Tour Pass” from Thursday, 14th October.  This pass is to commemorate the 150th anniversary of the opening of the railway next year, on October 14, 2022.

Holiday Tour Pass (at the time of purchase: tri-fold)

The Holiday Tour Pass will be the first of many future projects to commemorate the 150th anniversary of the opening of the railway.  The design features the old national railway-colored train of the sightseeing express, that started operation in July this year.  A set of 3 free tickets is also included.

Operating days in October / November for the “Sightseeing Express”

This ticket can be used on Saturdays, Sundays, public holidays, and weekdays on the old national railway-colored train service days.  You can freely get on and off the unreserved seats of ordinary, rapid, limited express, and sightseeing express trains. 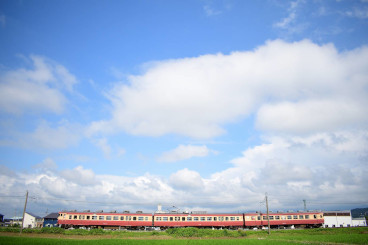 The person in charge of Echigo Tokimeki Railway said, “We would like you to take this opportunity to take advantage of a lot of sightseeing express trains with a special tour pass.  Please look forward to the next project.”