It shines in the snowy landscape!

The red and yellow train, which was once familiar on the Shin-Etsu Line of the Japanese National Railways, has been revived.  This train has been running on the Myoko-Haneuma Line of the “Echigo Tokimeki Railway” that runs in the Joetsu region of Niigata Prefecture from August 18th. 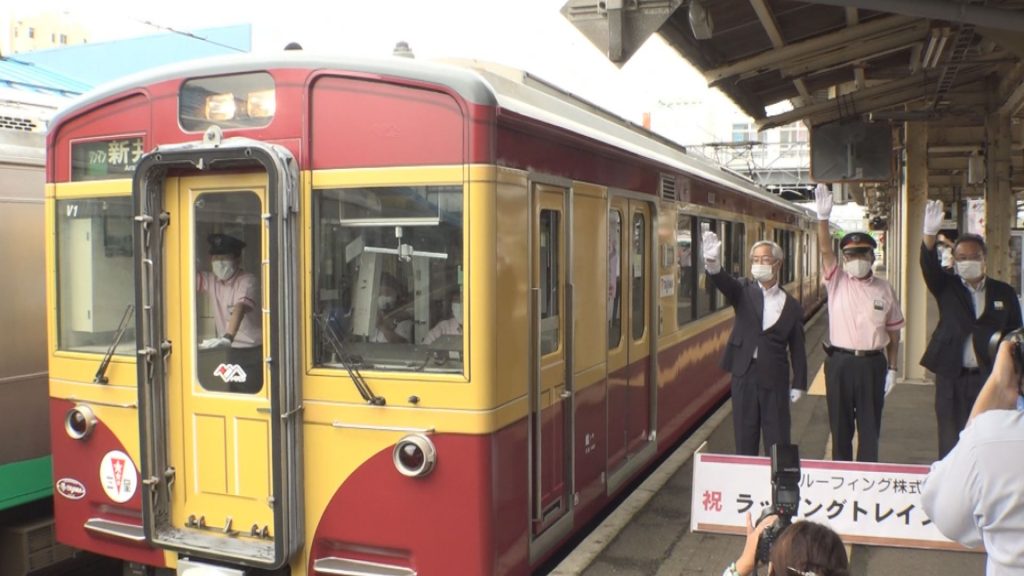 The train painted in red and yellow is an ET127 series.  It used to run until 1978 on the Shin-Etsu and Joetsu lines during the Japan National Railway era.  This color scheme is unique to Niigata and was called “Niigata color” because it stood out in the snowy lands. 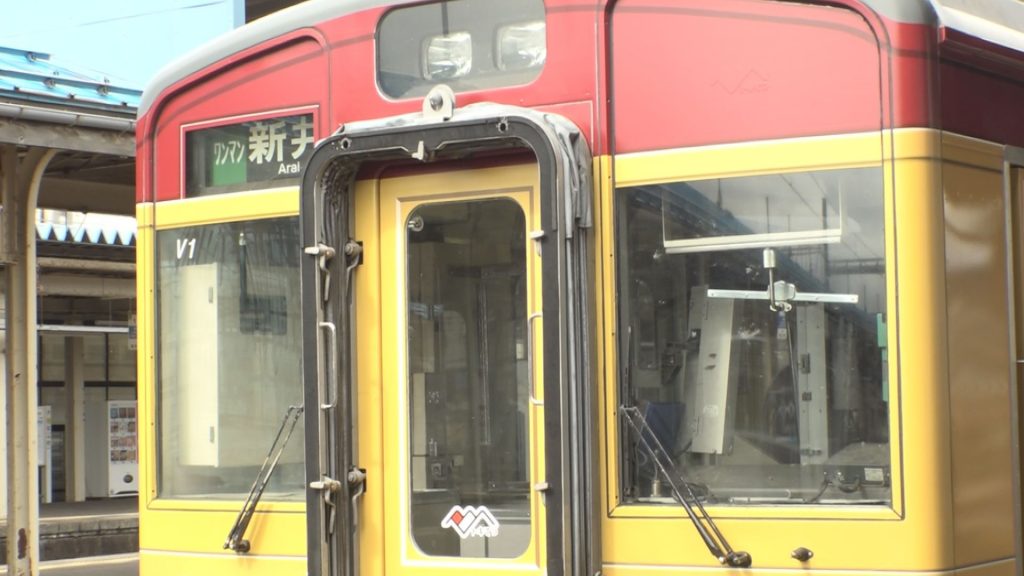 In particular, the leading train was called “Kintaro paint” because it resembled the apron worn by Kintaro who is the main character in a Japanese folk tale.  He was very popular.

This train was planned by Echigo Tokimeki Railway. Tajima Roofing in Tokyo, which works on the waterproofing of buildings, is an advertising sponsor for the train.  Although it is a so-called “wrapping train”, this time they gave priority to color images.  Therefore, the company name of Tajima Roofing is made inconspicuous. 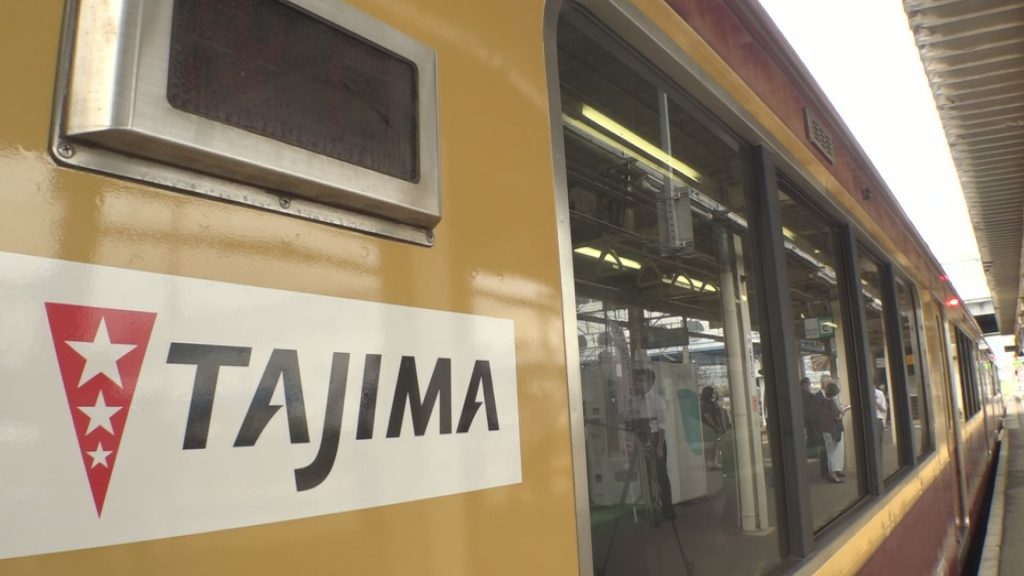 The departure ceremony was held at Naoetsu Station on August 18th, and it was crowded with railroad fans wanting to see the “Niigata color” first-hand.  Mr. Tajima, CEO, commented: “We intentionally made the windows smaller.  The body of the train is flat, but a shadow design gives it a three-dimensional effect, and we tried to make the front as close as possible to the front of the old train.  The front of the train is the most important part. “ 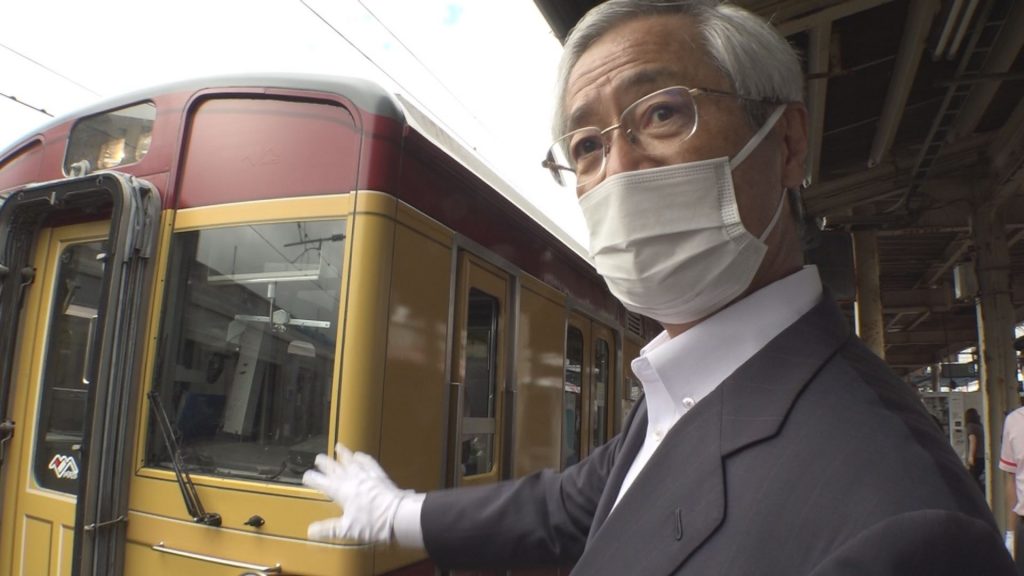 Mr.Torizuka, President of Echigo Tokimeki Railway and Mr. Tajima, CEO of Tajima Roofing have a long-term relationship as railway fans.  This wrapping train is the result of their relationship.  Mr. Tajima said, “I want this train to run normally, just as it did 50 years ago.  Also, sometimes people can look at our logo and learn about the existence of Tajima”. 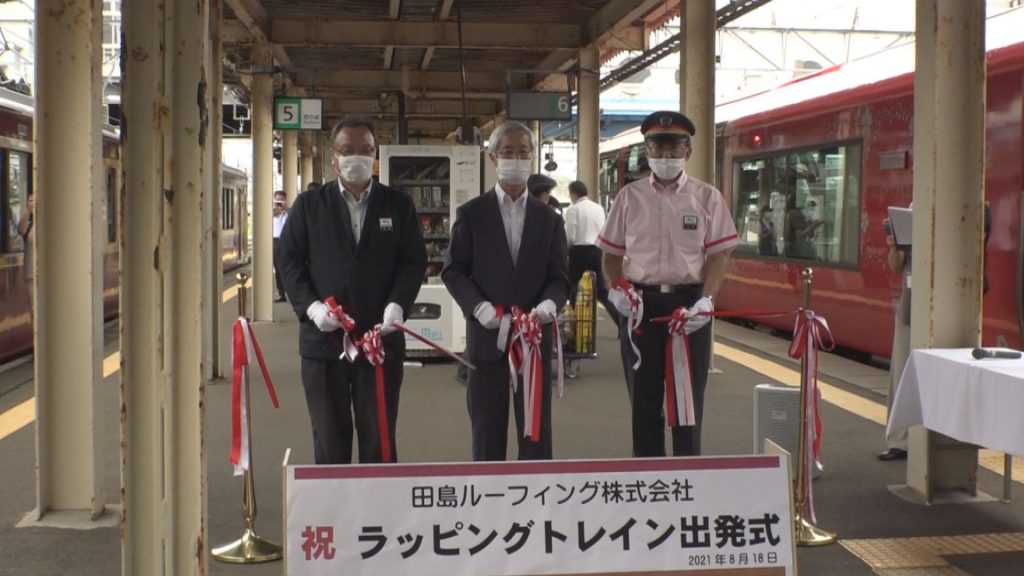 This “wrapping train” is a two-car train that runs between Naoetsu and Myoko Kogen on the Myoko Haneuma Line. The operation is scheduled for about two years.

In addition, since this train is incorporated into the normal timetable formation, the operating hours etc. are not known in advance.