This is it!  Craft beer!  Gorgeous and dry taste!

An original craft beer created in collaboration with a restaurant that offers craft beers in Joetsu City, Niigata Prefecture, and a liquor store in Myoko City, was released on Saturday, July 10th. 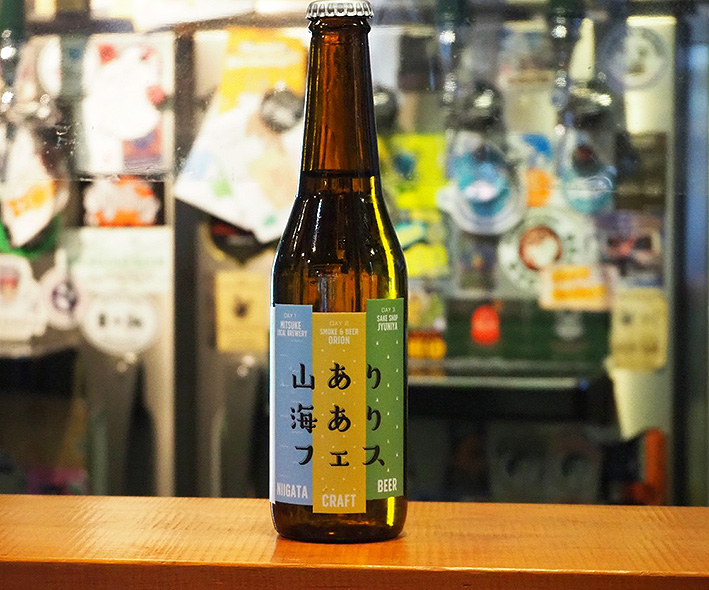 This is the original beer “Yama ari Umi ari Fest(mountains and sea festival)”.  It was developed in collaboration with the craft beer pub “Smoke & beer ORION” in Joetsu City, the brewery “MITSUKE Local Brewery” in Mitsuke City, and the liquor store “Jyuuniya” in Myoko City.

The name was inspired by Joetsu city, with its sea and mountains, and also the hope that a big music festival will be held in Joetsu someday. 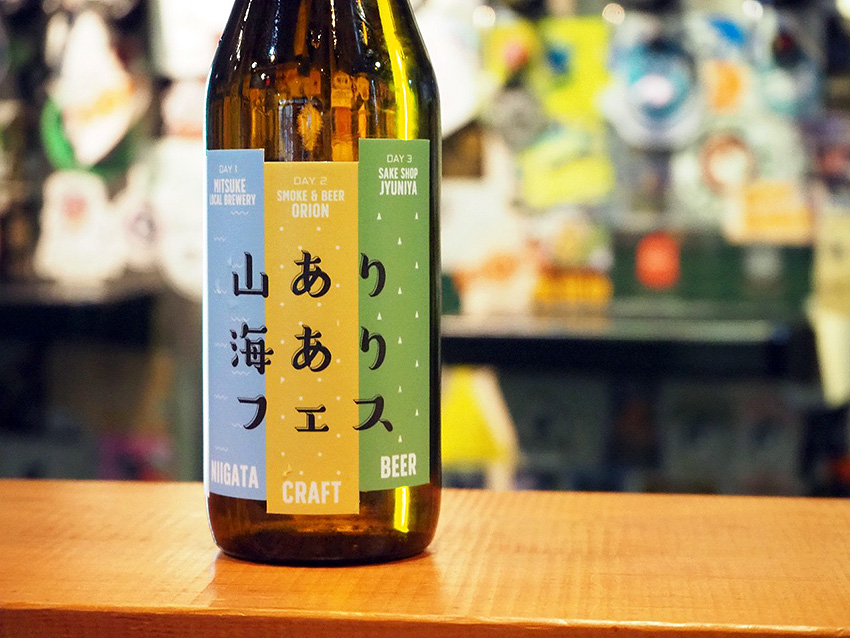 Originally, this beer was developed to be brewed at MITSUKE Local Brewery in Mitsuke City to commemorate the 4th anniversary of ORION’s opening.  However, there are many customers who cannot go to restaurants due to COVID-19, and in order for as many people as possible to have this original beer, they decided to collaborate with Jyuuniya and sell it as bottled beer.

At first, they planned a work experience brewing tour in May last year to visit a brewery in Mitsuke City with the customers of the stores, but it was postponed due to COVID-19.  This year also, the brewing tour has been canceled. 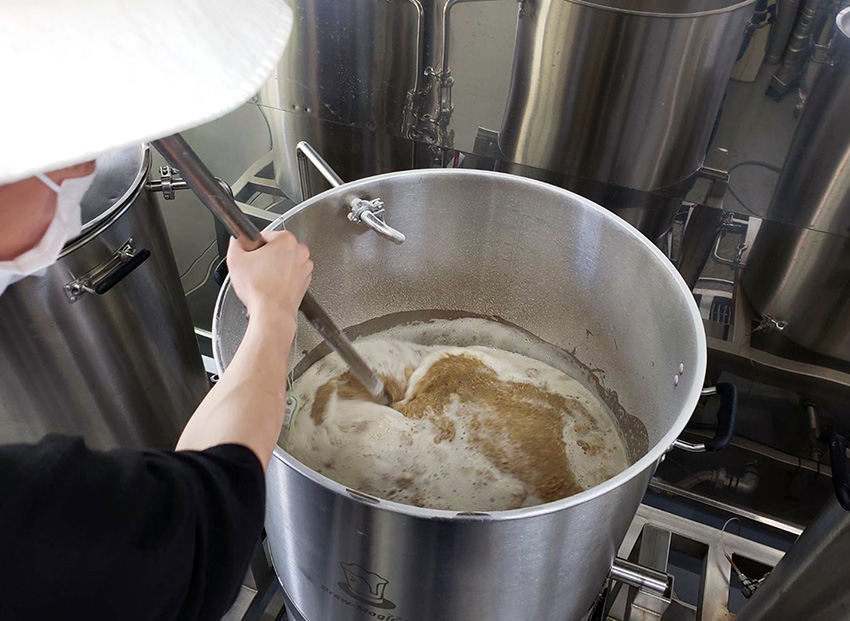 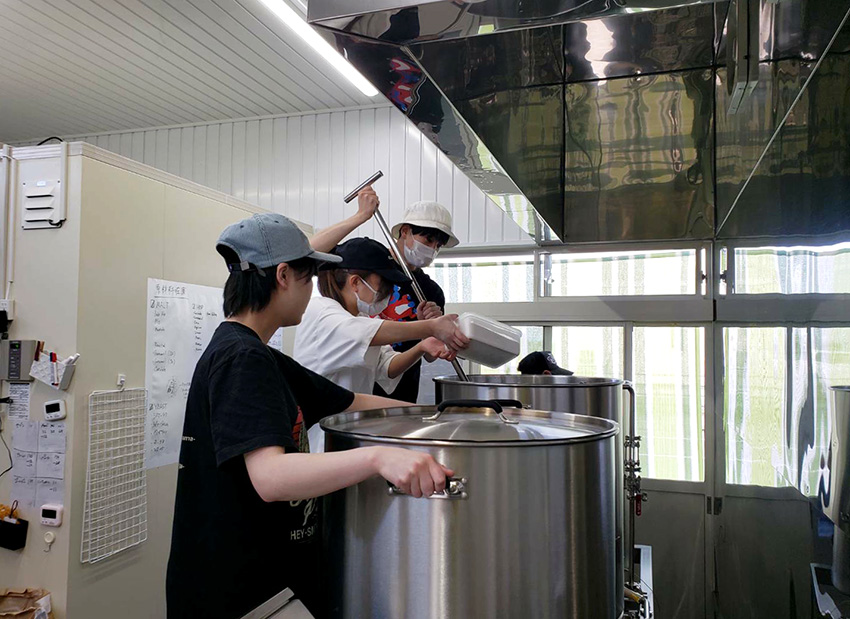 In product development, ORION’s manager Keiko Ogoshi and Jyuuniya’s Kohei Kawakami visited the brewery in Mitsuke City, and decided on the beer style and materials to use.  They have also participated in the manufacturing process.

The brewing tour has been canceled, but because the companies wanted their customers to participate in the beer making process in some way, they narrowed down the potential beer name to two candidates and held a vote using SNS. The winning name was “mountain and sea festival”.

The taste is the session IPA style, which is like a summer beer and has a light taste, making it easy to drink.
In addition, as ORION is celebrating its 4th anniversary, four types of hops were used, and as Jyuuniya is a liquor store, rice flour from the Joetsu sake rice; Yamada Nishiki was selected.  With these ingredients, it became an original beer with a gorgeous and dry taste that you can’t find anywhere else. 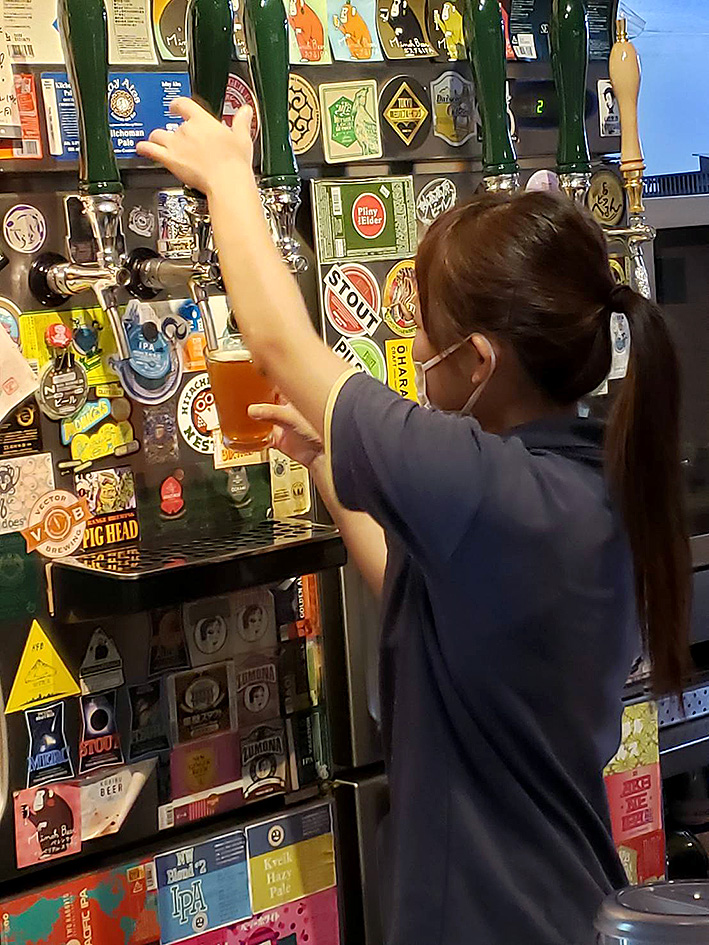 From Saturday, July 10th, “Yama ari Umi ari Fest” will be served on tap at the shot bar “cafe ho.cca” next to MITSUKE Local Brewery and at ORION.  Also, sales in bottles has started at Jyuuniya.

Keiko Ogoshi, the manager of ORION, said, “This coronavirus situation won’t be settled for a while, but please drink a delicious beer and smile.”