Enjoy the sunset and cuisine on the resort train “Setsugekka”!

Enjoy the spectacular view of twilight!

“～Voyage au coucher du soleil～Twilight Travelogue” will be held on the resort train “Setsugekka” on Wednesday,  August 11th.  This train is operated by the Echigo Tokimeki Railway, which runs in the Joetsu region of Niigata prefecture so that you can enjoy good food while watching the sunset over the Sea of Japan.
Currently, reservations are being accepted. 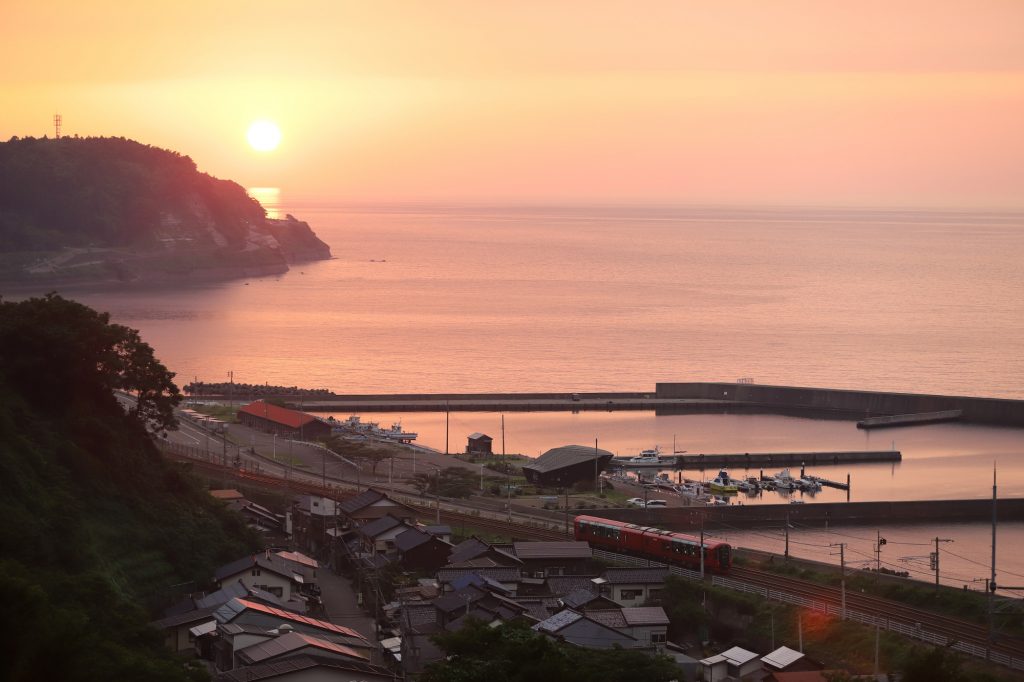 Sunset over the Sea of Japan and resort train “Setsugekka”

The is a plan where you can take the resort train “Setsugekka” and enjoy the sunset over the Sea of Japan through the largest windows on any train in Japan.  Especially in the section along the sea, the speed is slowed down, so you can take a closer look at the setting sun.  You can also get off at Ichiburi Station in Itoigawa City and watch the sunset. 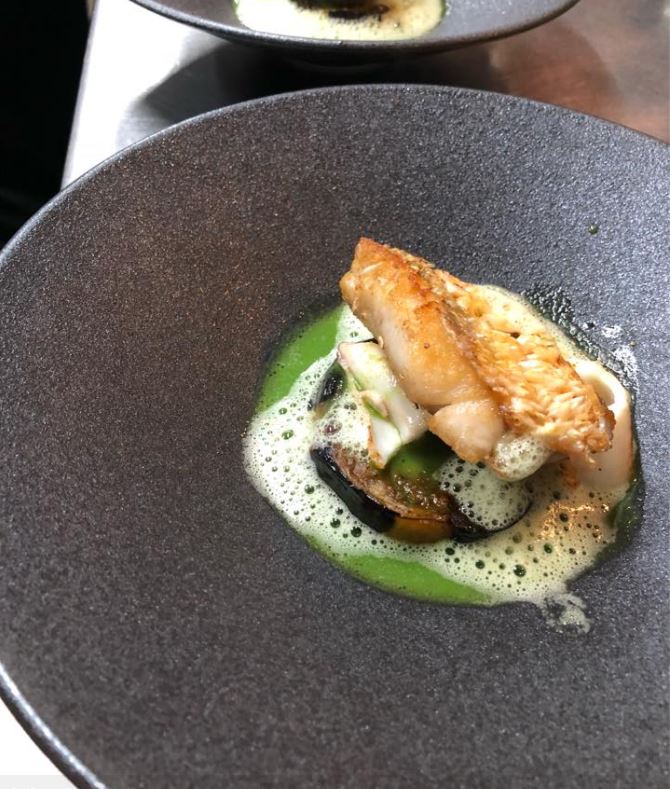 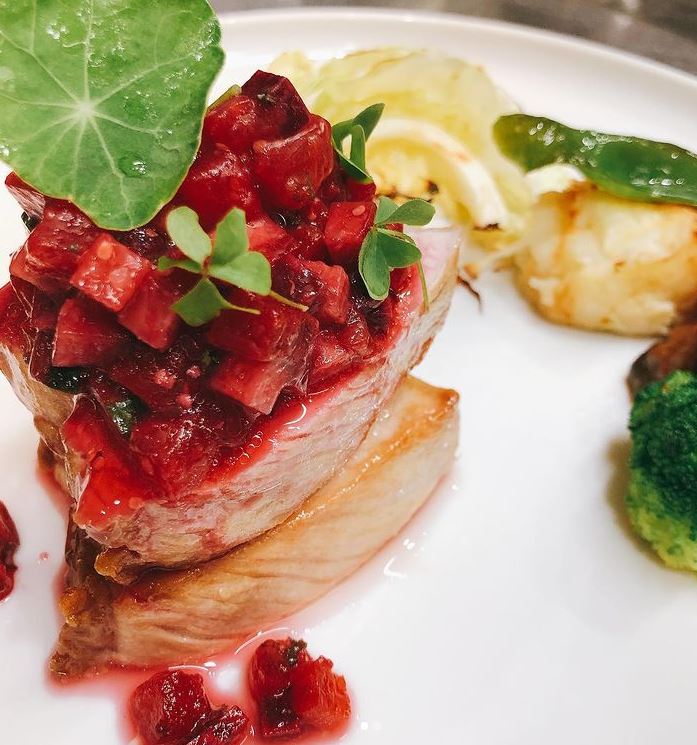 The food served on the train is a three-tiered, boxed meal made with locally produced ingredients from Naoetsu’s casual French restaurant “Bistro Des amis intimes”. 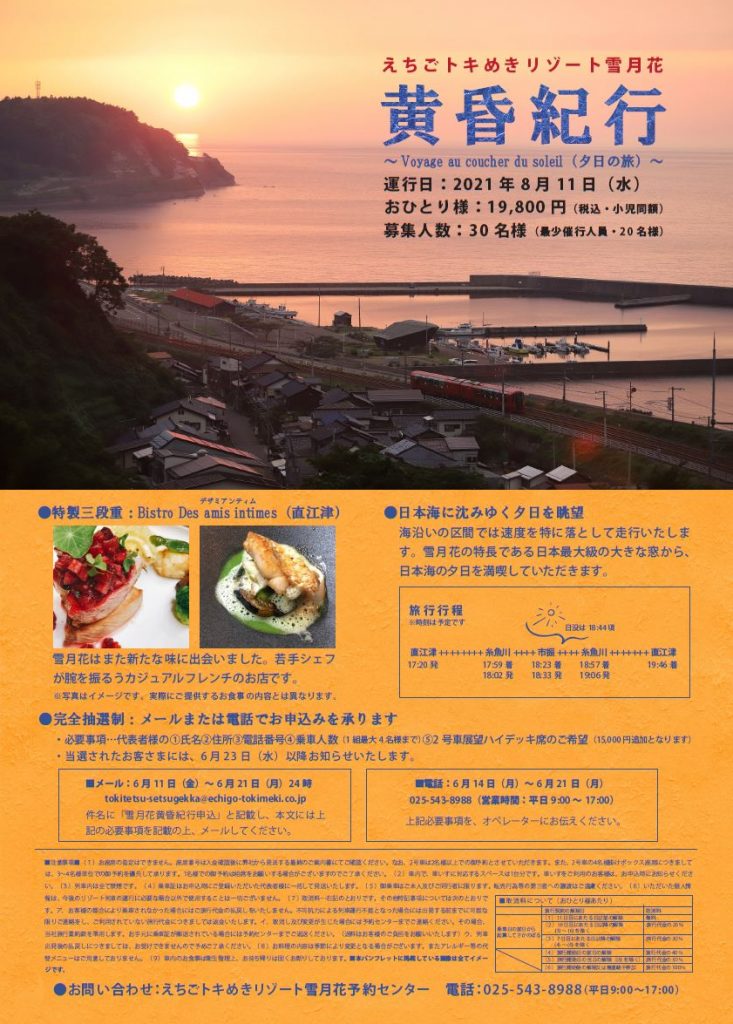 Reservations will be accepted by email from June 11th (Friday) and by phone from June 14th (Monday).
This time, tickets will be sold by lottery, not on a first-come, first-served basis.