Echigo Tokimeki Railway, a railway company based in Joetsu City, Niigata Prefecture, will release a special ticket to commemorate the opening of “Naoetsu D51 Rail Park” from Saturday, May 29th. 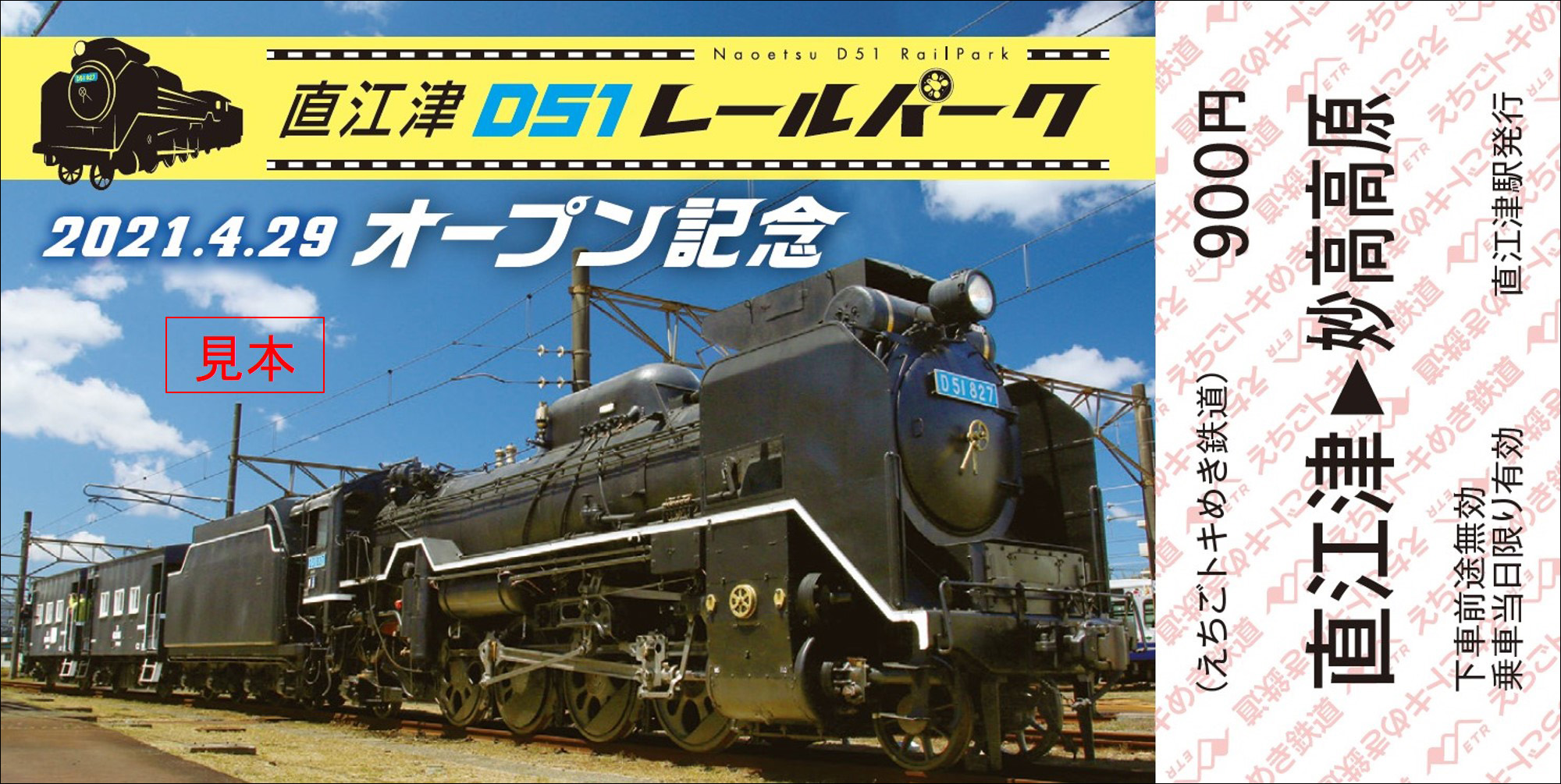 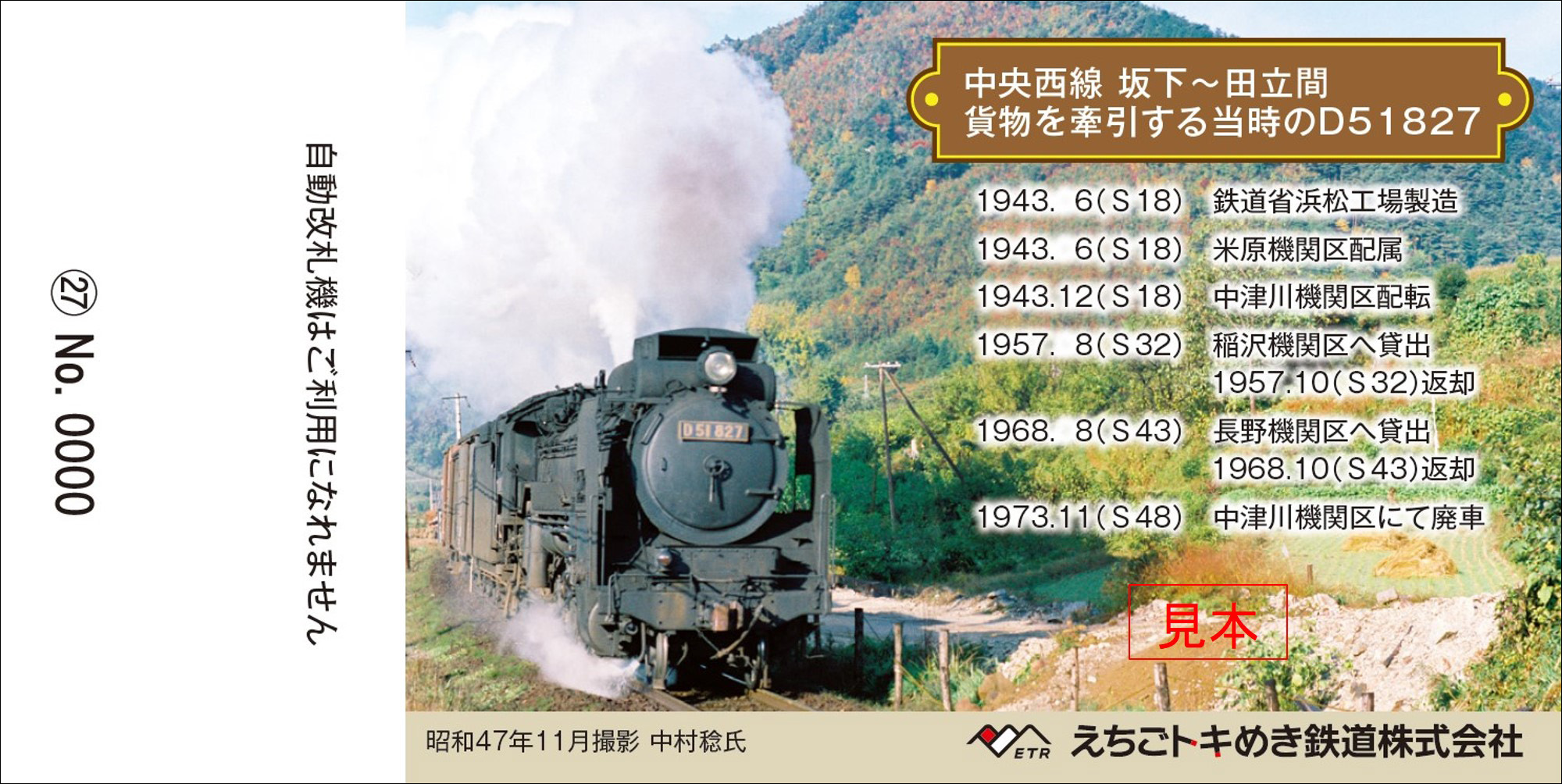 The special ticket will be released one month after the opening of “Naoetsu D51 Rail Park” which opened on April 29, 2020.

The commemorative ticket is for the section between Naoetsu station and Myoko Kogen station, and it costs 900 yen.  The deep-black and stately appearance of the current “D51 827” is printed on the front side, and a scene of the locomotive at work, towing cargo is printed in color on the back side.
The total number of tickets is 1,000.

They will be sold at Myokokogen Station, Arai Station, Joetsu-Myoko Station, Takada Station, Naoetsu Station, Itoigawa Station, and at the Echigo Tokimeki Railway official shop.
The official shop accepts pre-orders from May 25th,Tuesday (Online shop only). 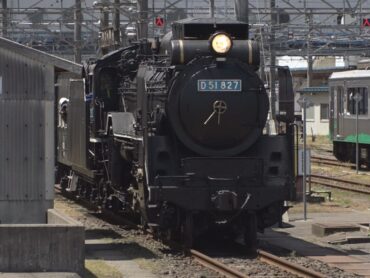 The rail park opened on April 29th, 2021, at the site of the rail yard in Azuma-cho, Joetsu City. The intention was to focus on Naoetsu as the birthplace of railways in Niigata Prefecture. The biggest highlight is the experience of riding the steam locomotive “Degoichi(D51)”. In addition, you can take a tour of the turntable and a fan-shaped, engine shed that have remained since the time of the former Japanese National Railways. The old JNR 413 series, which is a popular series with railroad fans, is on display in the rolling stock shed, and you can observe the inside of the train. * There is no parking lot.