The power of the snowy country!  Sweat to remove snow with all residents

Joetsu City is located in the southwestern part of Niigata Prefecture.It is the third most populous town in the prefecture, with about 190,000 people living in it.It is known as a snowy area, as it snows heavily not only in the mountains but also on flat ground, and has been published in elementary school textbooks as one of Japan’s leading heavy snowfall areas. 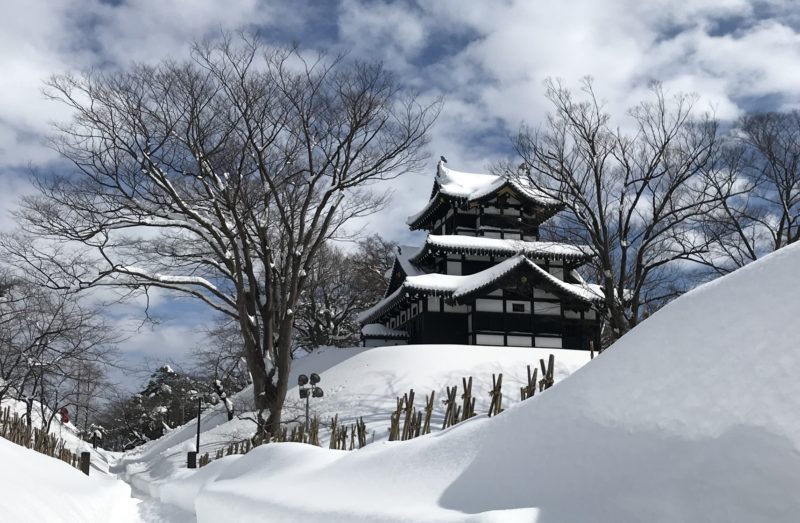 The last few years have been warm winters and light snow.However, this winter has changed.In January, the maximum snowfall in Joetsu City was 2 meters and 49 centimeters, which was an unprecedented heavy snowfall in recent years. 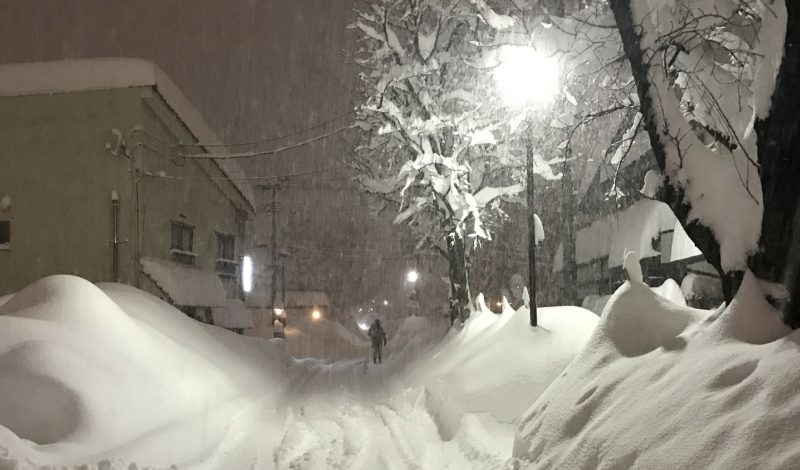 During the heavy snowfall of January, it was snowing all day long.Snow removal cannot catch up on the main roads in the city, and the snow interferes with the movement of cars.The train was also suspended, and some people couldn’t commute to work.The elementary school was closed for about a week.

The problem with such heavy snow is the place to keep the snow away.

In areas with densely populated houses, there is no place to throw away snow even if you remove it. 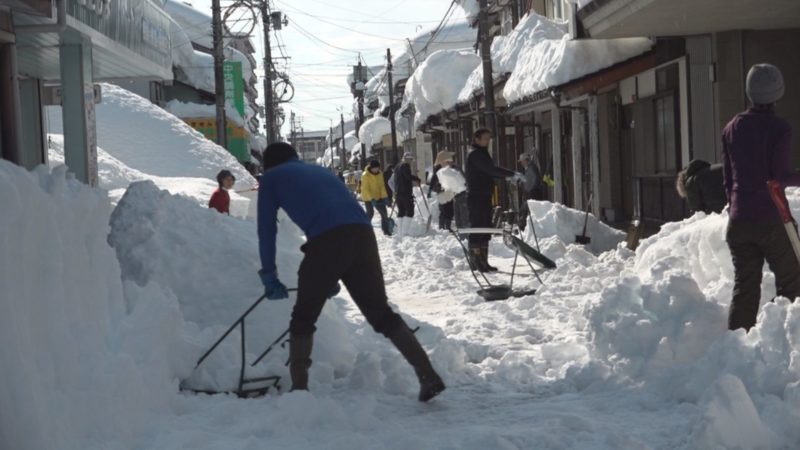 In the Takada area of Joetsu City, there are many areas with narrow frontages and a series of Nagaya called “machiya”.In such densely populated areas, the challenge is to deal with the large amount of snow on the roof.I would like to remove the snow from the roof as soon as possible to prevent the house from collapsing, but if I remove the snow from the roof, it will block the road.

“Snow removal” is a method of removing snow that is unique to a snowy country to get out of such a predicament.After heavy snowfall, traffic will be regulated on local roads, and residents will work together to remove snow from the roof all at once.

Residents cleared the 35 town, 3000 households Once snow removal all at once! 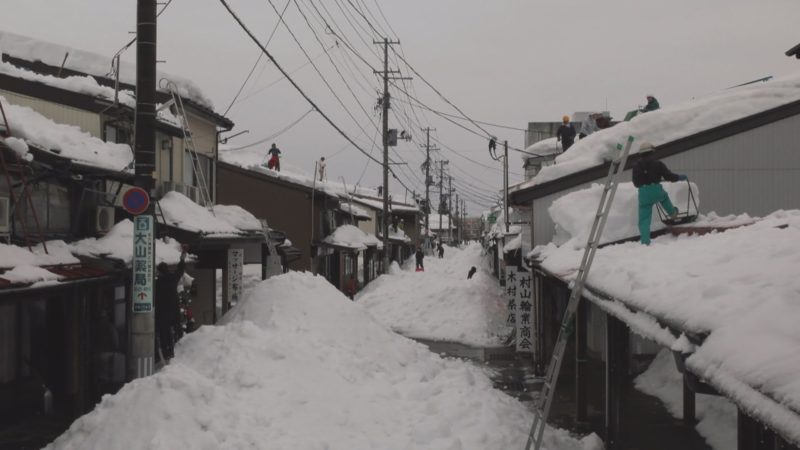 This year has been implemented all at once snow removal around the Takada district for the first time in nine years. 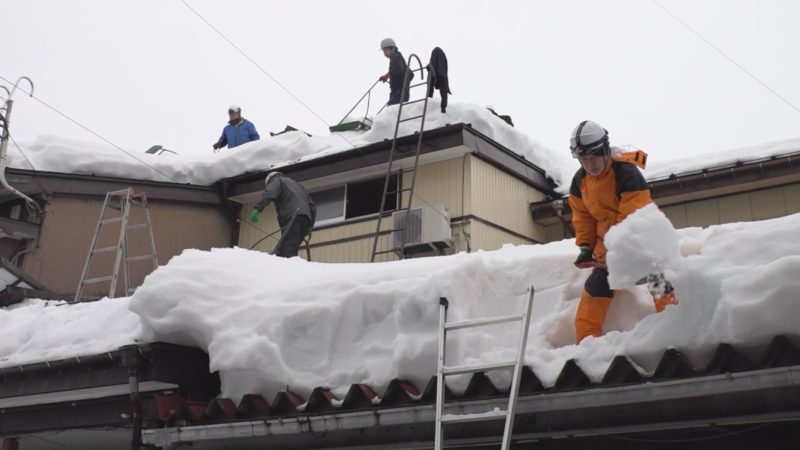 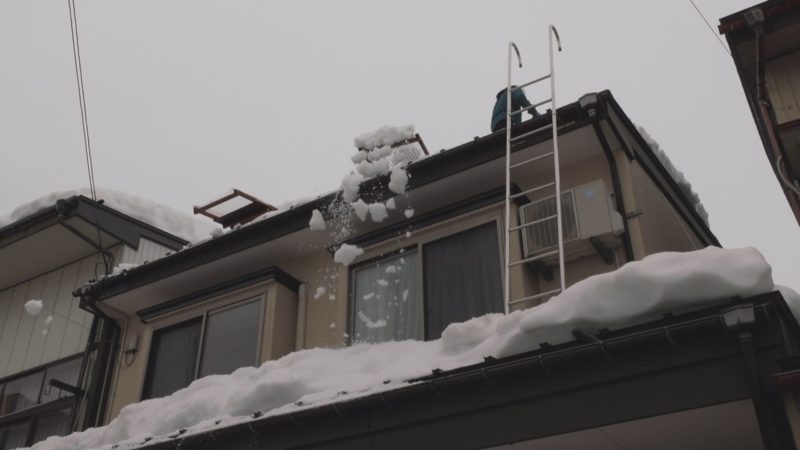 Many of the townhouses in Takada have ladders installed so that they can go up to the roof to remove the snow.In addition, many houses are equipped with a tool called “Yuki Toyo” that is convenient for removing snow from the roof, and this is used to slide off the snow. 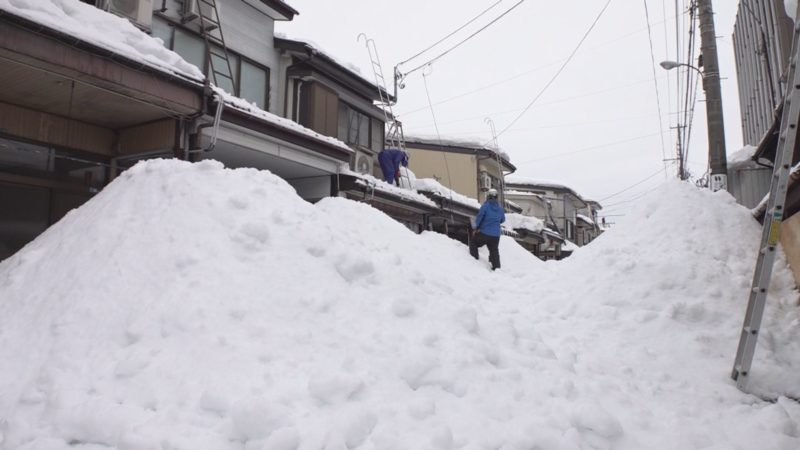 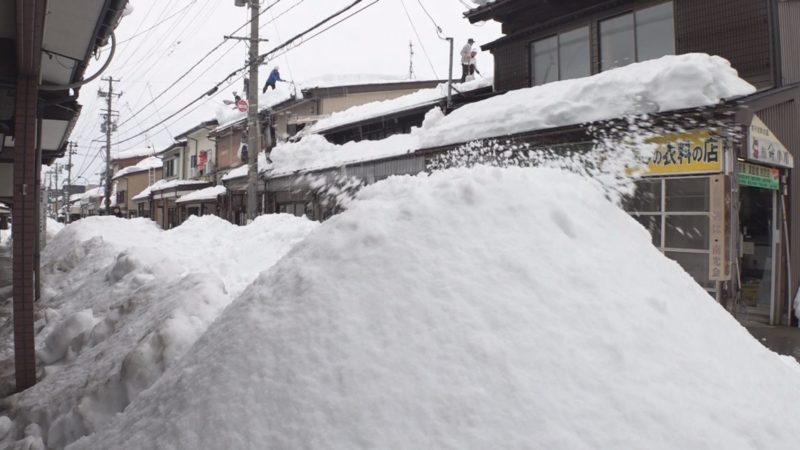 The snow that falls from the roof fills the wide road in a blink of an eye. 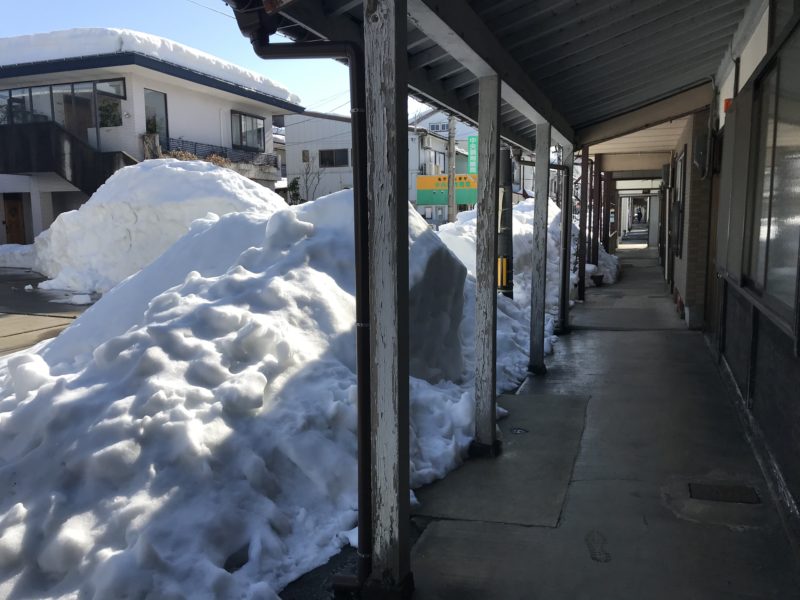 This passage is Takada’s unique “Gangi-Street”.Between the driveway in the Takada area and the townhouses, there is a canopy called Gangi, which runs along the streets to form the Gangi-Street. 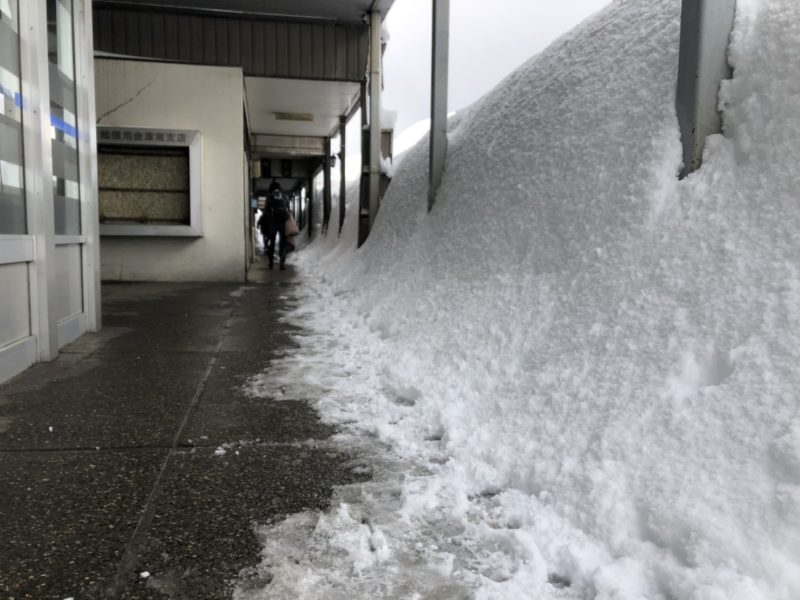 Even if the road is filled with snow from the roof, residents can still pass under the Gangi.Gangi-Street is a private land of each house, but the houses in a row are willing to provide it, and anyone can pass through it freely.It is a living road full of wisdom unique to a snowy country. 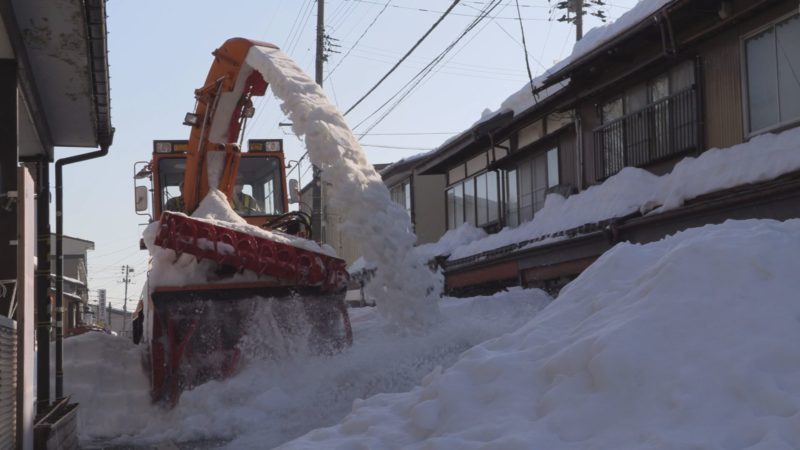 Now, what happened to the large amount of snow that was dropped from the roof all at once?

The day after the snow is removed all at once, snow removal work will begin to carry out the snow with a snowplow and a dump truck.The snowy mountains that covered the roads will be destroyed one after another, and the snow-covered town will be released. 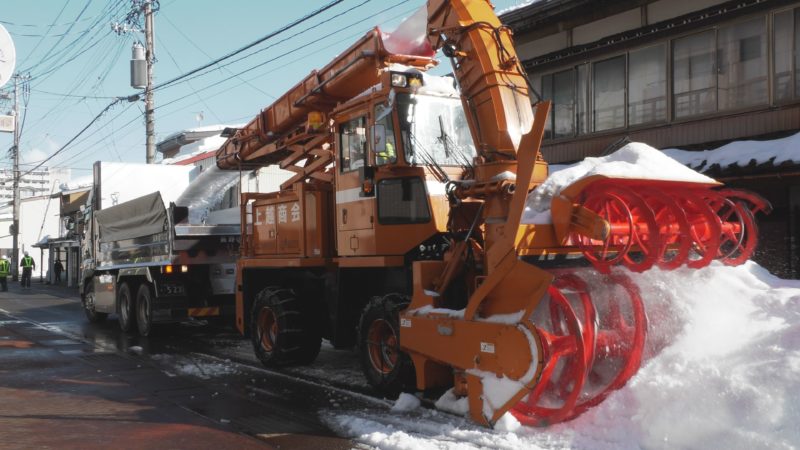 While the rotary snowplow and the dump truck run side by side, the snow that has been removed is loaded into the dump truck.The cooperative play of operators, drivers, and traffic guides is also a sight unique to a snowy country.

Watch the video of snow removal in a snowy country!