One of Japan’s Top 100 Castles The best castle in the Warring States period, with the entire mountain strengthened like a fortress

“Kenshin Uesugi” is said to be one of the strongest military commanders in the Warring States period and was feared as a “God of battle”.In Joetsu City, Niigata Prefecture, there is a castle ruin of “Kasugayama Castle”, which was the base of Kenshin.

Kasugayama Castle is said to have been built in the early Muromachi period during the Nanpokucho period.During the Warring States period, it became the residence of Kenshin and was renovated into a solid castle.Using the complex natural terrain, we built earthenware embankments and large ditches to build a castle that strengthened the entire mountain.This castle has been selected as one of Japan’s Top 100 Castles.The building of the castle itself is no longer left.However, there are still many large ditches and embankments that keep the enemy away, and you can feel the strength of the castle.

A promenade is maintained at the current Kasugayama Castle Ruins.Starting from the statue of Kenshin Uesugi near Kasugayama Shrine, you can take a walk around the ruins of the castle.From the remains of Honmaru, which is about 180 meters above sea level, you can see the Sea of Japan and Naoetsu on the north side, and the Takada Plain and the mountains surrounding it on the south side.About 30 minutes walk from the parking lot to the summit.Let’s go around Kasugayama with videos and photos. 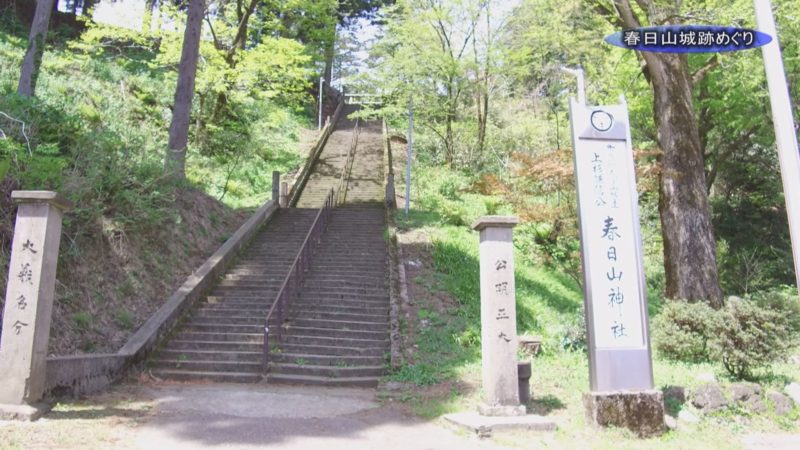 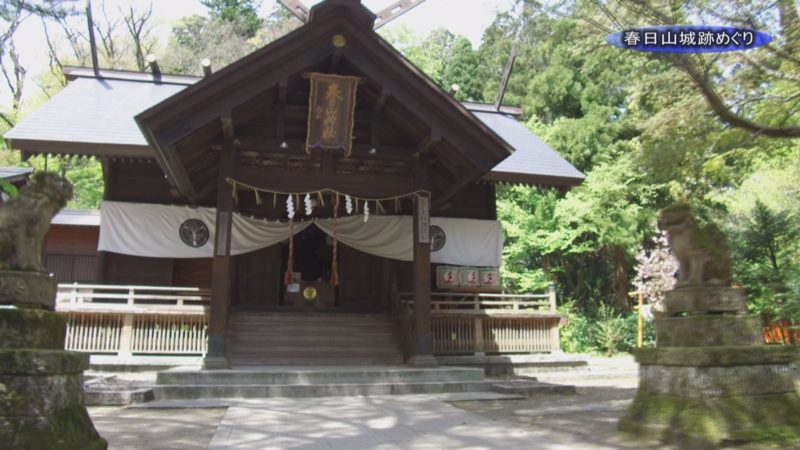 After worshiping at the shrine, head to the promenade that continues from the right side of the shrine.Climb the well-maintained cedar forest sidewalks and stairs. 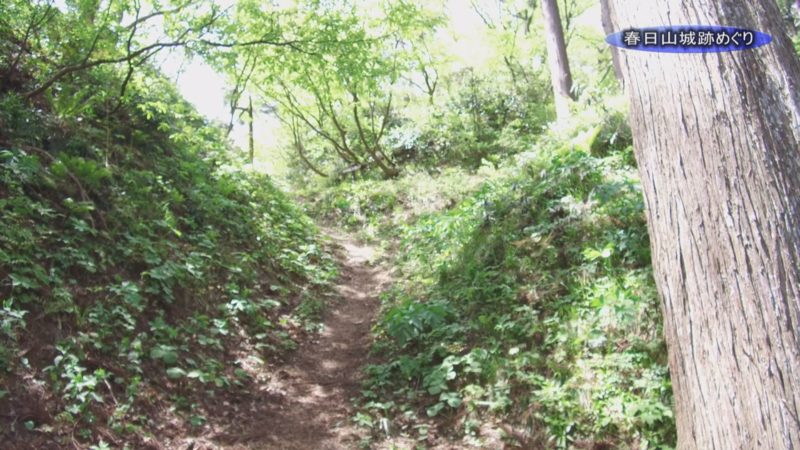 Karabori: A large groove to keep enemies away

After walking for a while, we arrived at Senganmon.At the back of Senganmon, you can see the empty moat (groove) that was created to keep the attacking enemies away. 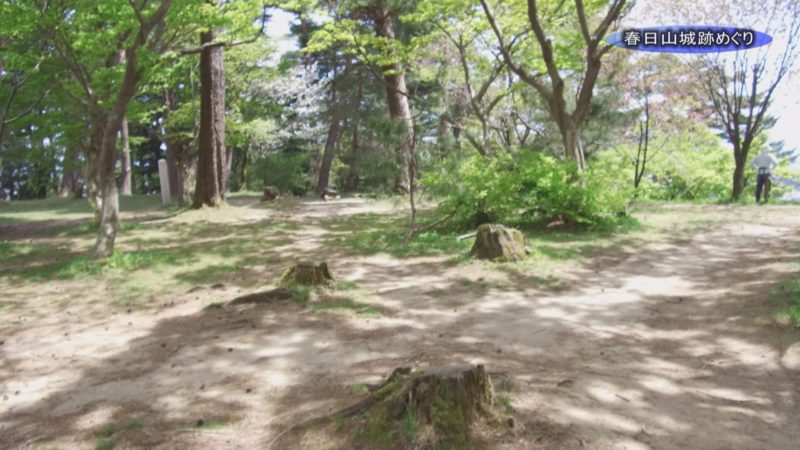 Return to the promenade and head further up to reach Naoe’s house.Kanetsugu Naoe is a senior vassal of the Uesugi family.It is said to be the site of Kanetsugu Naoe’s mansion, which became the main character of the taiga drama. 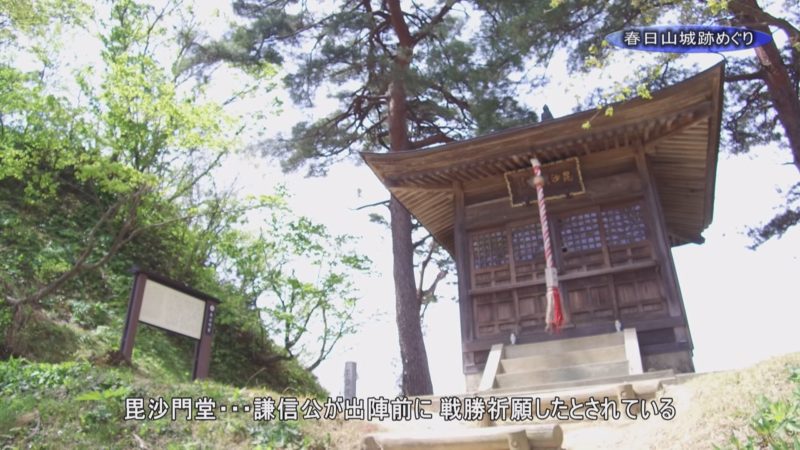 Proceeding further, we arrived at Bishamon-do, where Kenshin was said to have prayed for victory before his departure. 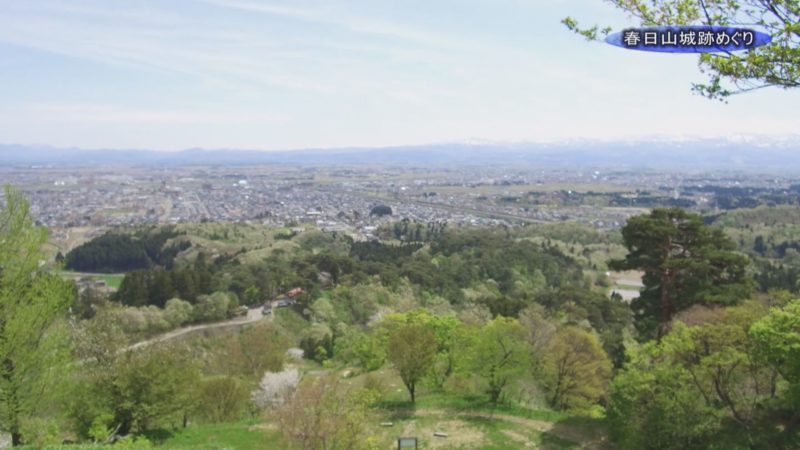 View from the most important room of the castle 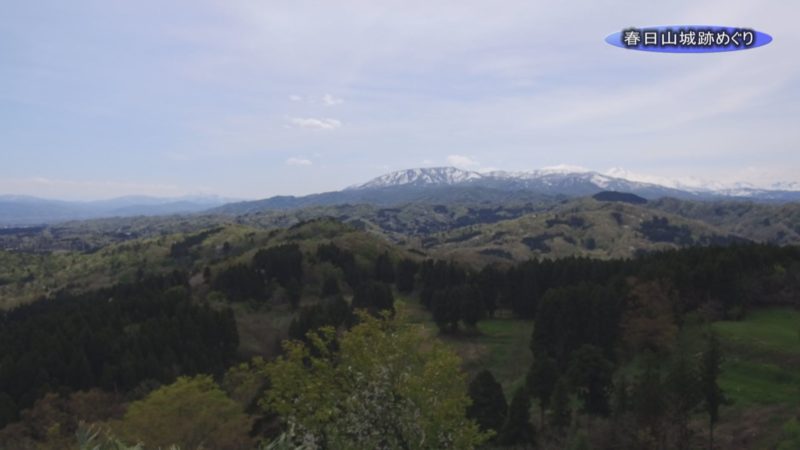 View from the castle tower

The most important rooms of the castle overlook the Kukujo Plain, Yoneyama, and the Sea of Japan.From the castle tower, you can see Mt. Minamiha, Mt. Myoko, Mt. Hiuchi, and Mt. Yake.

In addition, there is a large ginkgo tree near Ninomaru, which gradually begins to color after mid-November.At the time of autumn leaves, you can enjoy the yellowing from the foot of the mountain.At the end of November, the entire ginkgo tree turns golden, and the Kasugayama Castle Ruins at this time of year when the autumn leaves are in full bloom are also recommended.

Kasugayama Castle Ruins I thought I went around in the video!