The second edition of the “Nostalgic Special Express Train Series”
Commemorative tickets for the Echigo Tokimeki Railway are now on sale!

There are four types of ticket available, including the limited express Hakusan, which is often requested by railroad fans!

The local “Echigo Tokimeki Railway” that runs in the Joetsu area of Niigata Prefecture has released its second set of commemorative tickets “Nostalgic Special Express Train Series” from October.

This commemorative ticket is a print of a photo of a nostalgic special express train that once ran along this line, and the first one was released in June of this year. 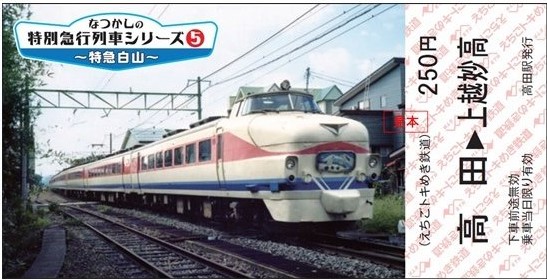 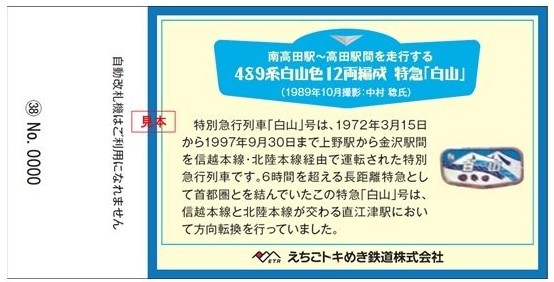 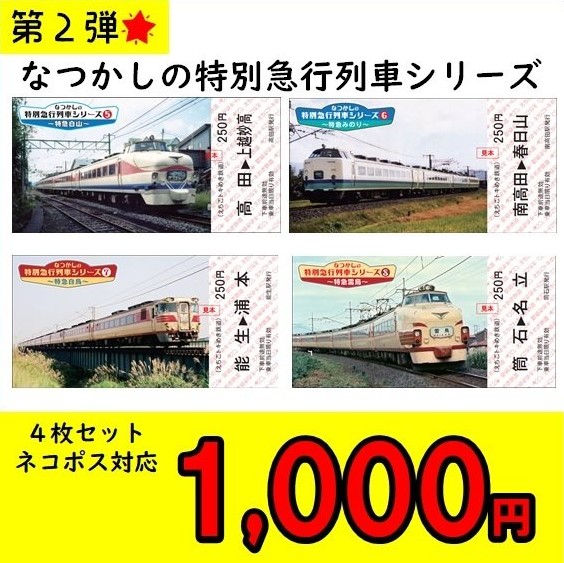 A member of staff from the Echigo Tokimeki Railway said,
“It would be great if people who find it difficult to go out due to COVID-19 can enjoy seeing the nostalgic old tickets.”