The stamp rally to collect stamps at each station will start on September 18th (Friday) on the “Echigo Tokimeki Railway”, “Hokuetsu Express”, and “JR Oito Line” trains that run in the Joetsu region of Niigata prefecture. 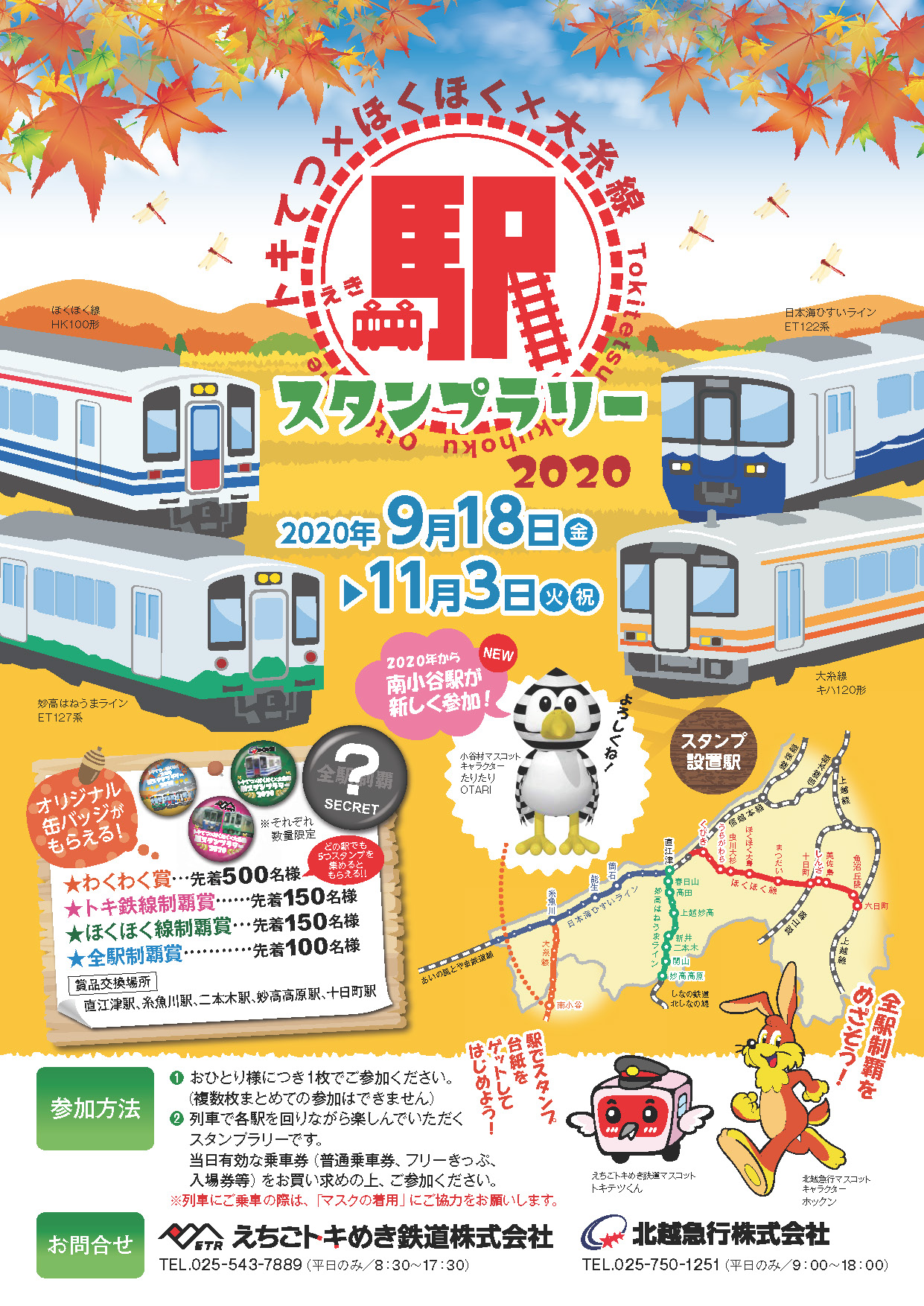 This year, Minami-Otari Station on the JR Oito Line has been added to the popular stamp rally project.  Stamp stands will be installed at 22 stations on 4 lines, including 11 stations on the Nihonkai-Hisui Line and Myoko-Haneuma Line, and 10 stations on the Hokuhoku Line.

The stations where the stamp stand is installed are as follows.

The stamps at each station are designed with promotional characters from areas along the railway lines, and mascots of railway companies.

<Prize>
If you collect the following stamps, you will receive an original tin badge with trains from each route drawn on it.  The design of the badge you receive will depend on the number of stamps.

The person in charge of Echigo Tokimeki Railway said, “From this time, Minami-Otari Stations on the JR Oito Line have joined, and so you can enjoy a wider area.  Please make happy memories with your family and friends during the autumn holiday season.”

*Please cooperate by wearing a mask when boarding the train.