*At night, it shows the view of the city seen from Takada Castle Site Park. 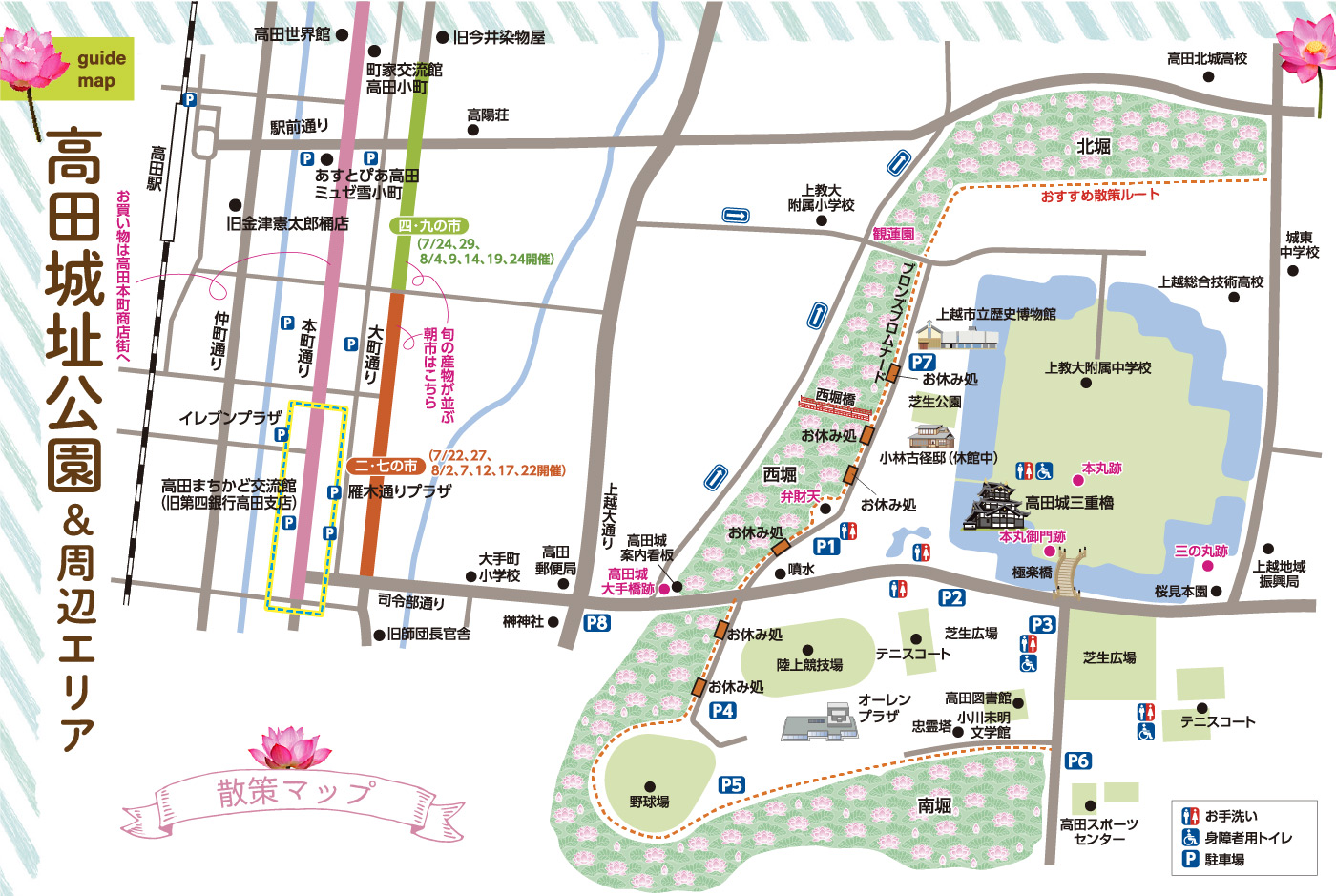 In 1871, Takada was suffering from financial difficulties caused by the Boshin War, the end of feudalism and the introduction of the prefectural system.
At that time, the local land owner, Hosaka, who lived in Tonome Village(now Tonome, Joetsu City), invested a lot of money and planted lotus roots in the moat to support the economy.
Later, when Dr. Ohga, the leading lotus researcher, visited this area in 1953, he stated that “It is internationally very rare to see a lotus pond on such a large scale.  The mix of red and white flowers is particularly unusual.”   This is the reason why it is being handed down to the citizens as the best in the Orient.

Near the fountain square

This is also recommended!

A regional information site jointly operated by cable TV stations in Nagano and Niigata prefectures.  Throughout the year, live cameras, VR videos, and program materials are broadcast by each station.
http://www.gurutto-shinetsu.jp/