A new ekiben has been created by “Hotel Hi-Mart” in front of Naoetsu Station in Joetsu City, Niigata Prefecture! The “Nidai Shogun Bento” will be released on July 18th, which will include both “Tarameshi (cod on rice)”and “Sakemeshi(salmon on rice)”.  Both lunch boxes were selected for the top prizes in the nationwide ekiben contest.
**Ekiben is a lunch box that is sold in train stations.
A shogun is a general. 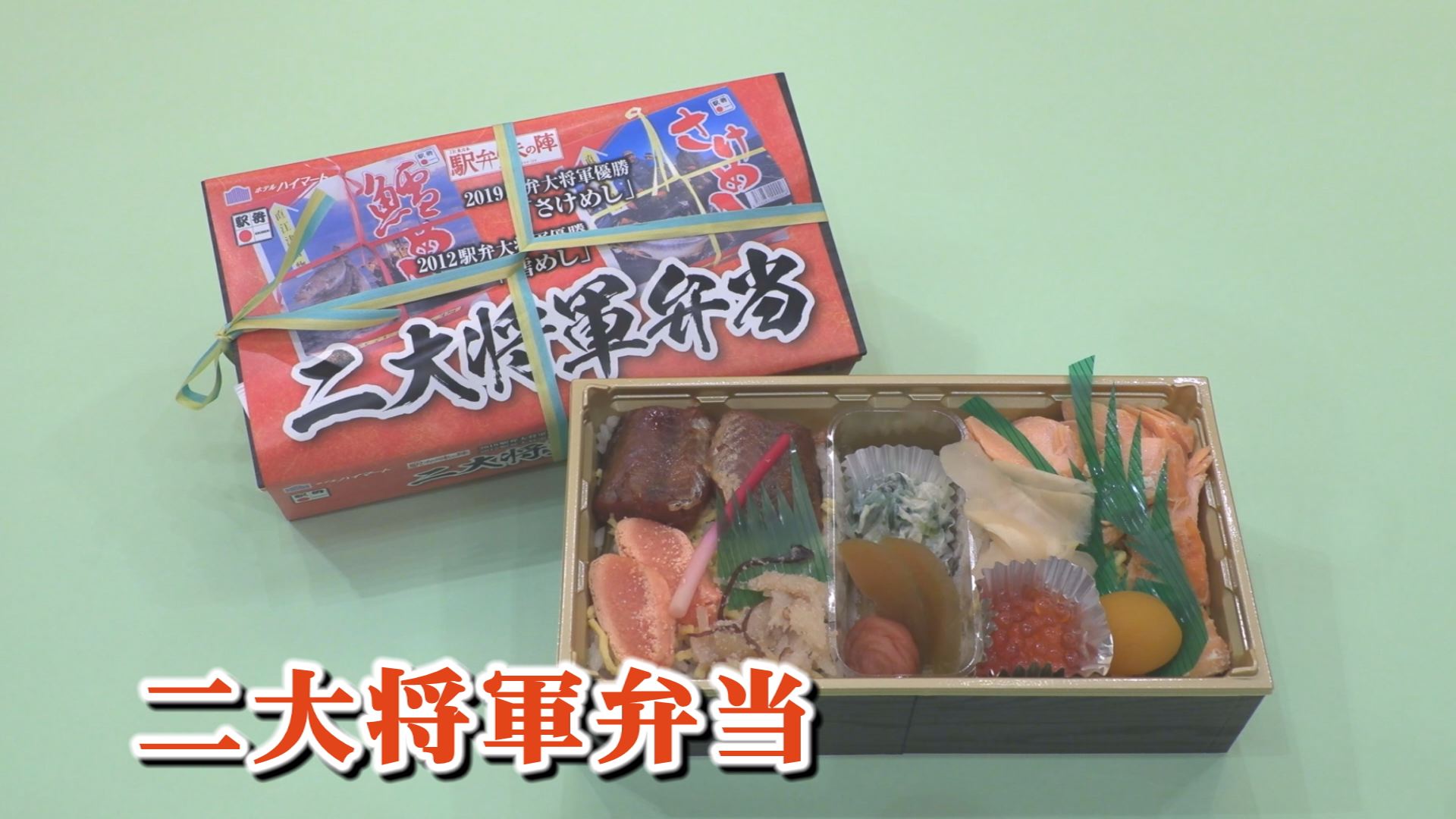 The ekiben name “Nidai Shogun Bento” was named after the highest prize of the ekiben contest sponsored by JR East, “Ekiben Daishogun”.  Hotel Hi-Mart’s “Tarameshi” and “Sakemeshi” won the coveted prize in 2012 and 2019 respectively. 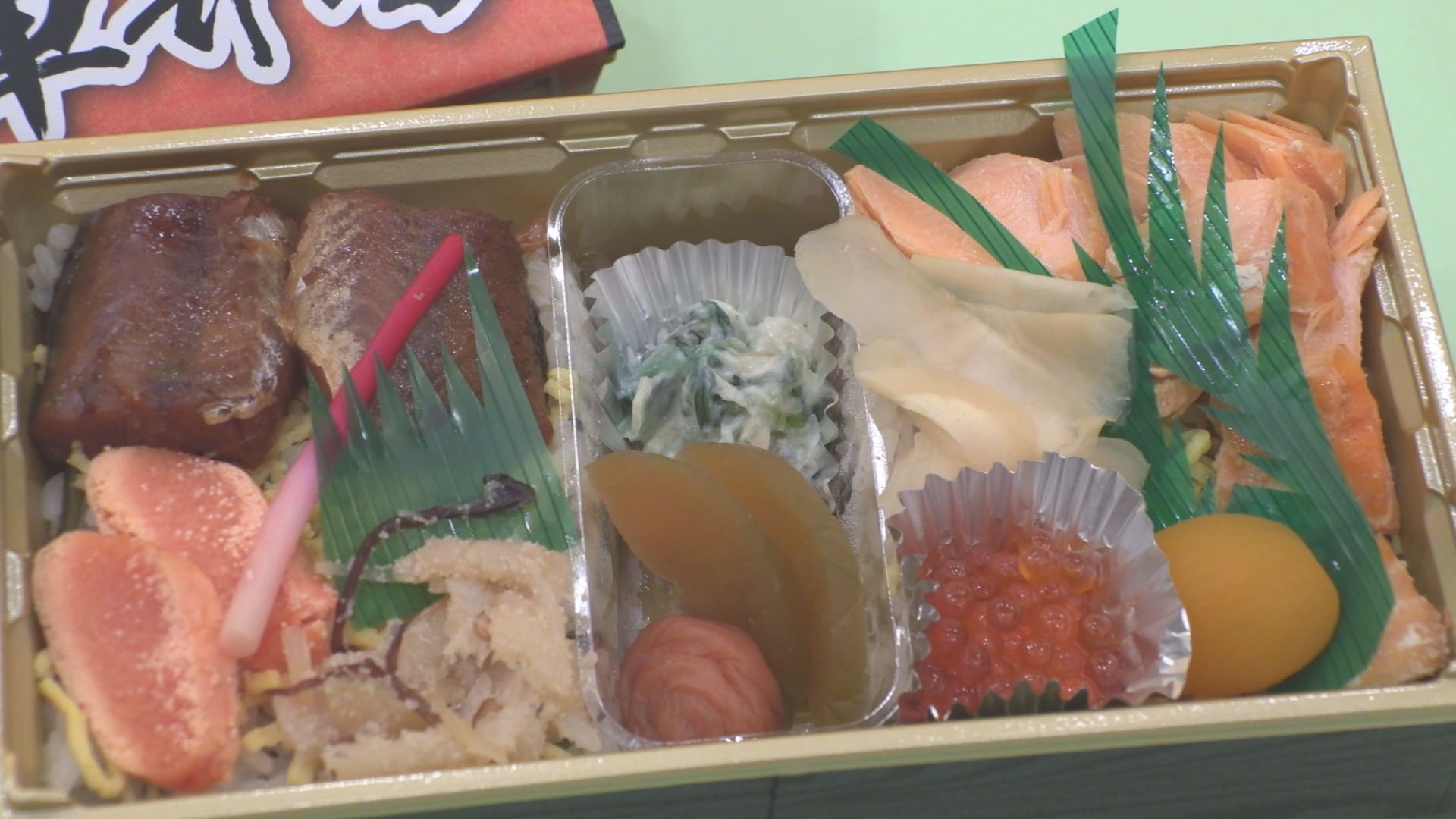 “Sakemeshi” is on the right side of the bento. You can enjoy the fatty salmon flakes and the salmon roe’s delightful texture.

On the left side of the bento is “Tarameshi”.  There are dried sardines, which are cooked softly so that even the bones can be eaten, and roasted cod roe.

It’s a gorgeous bento which lives up to its name, in which you can enjoy two flavors at once. 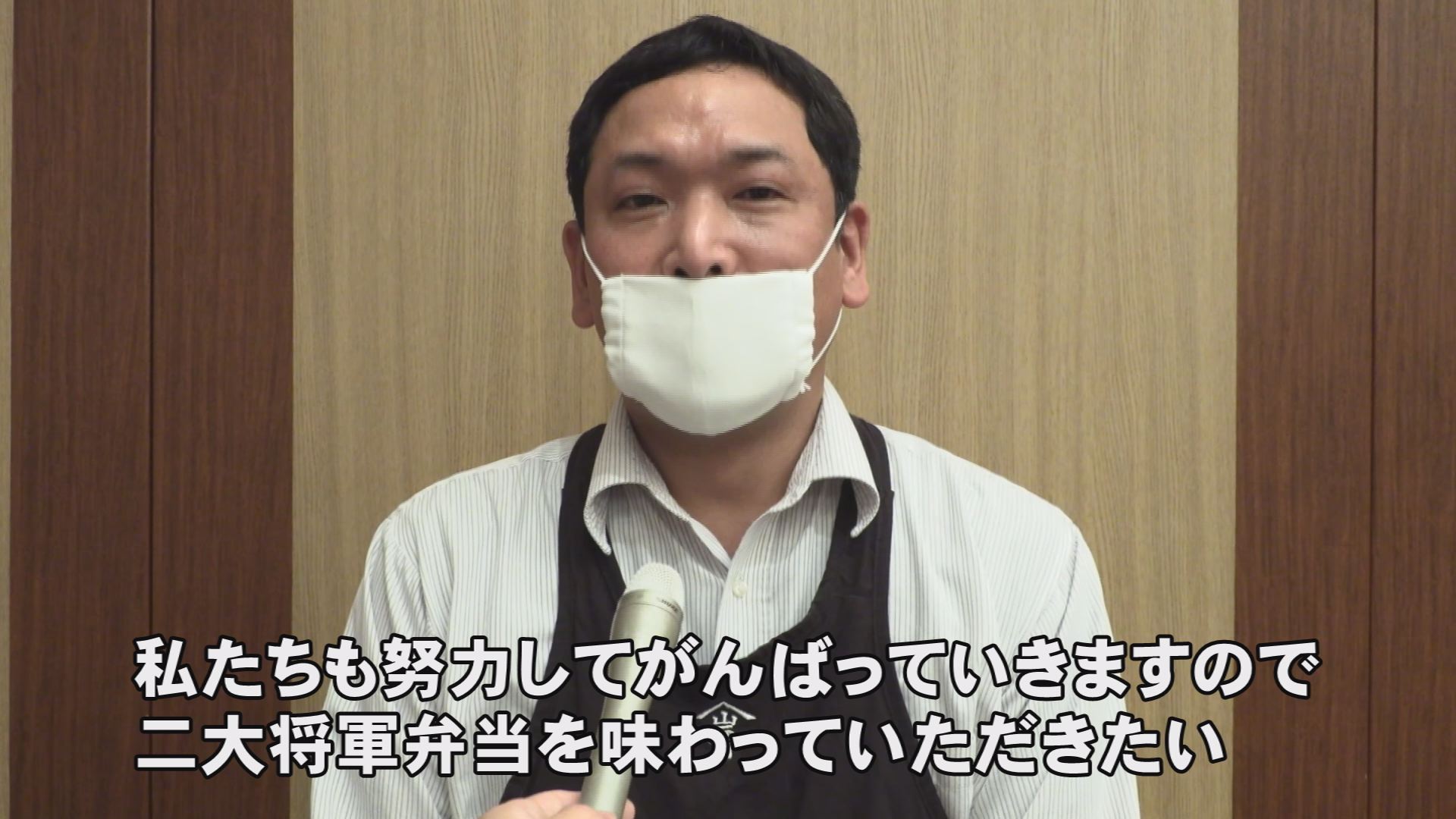 Mr. Miyamoto of Hotel Hi-Mart said, “There is no other ekiben that uses dried cod fish.  The salmon flakes are easy for the elderly to eat.  We have had customer’s opinions where they expressed a desire to eat both at once.  I wanted to make an ekiben that provides both together in one bento box.  We will make every effort to make it known to customers not only in the local area, but also all over the country.  I would like you to enjoy the “Nidai Shogun Bento”.

The bento is 1,600 yen (tax included). In addition to Hotel Hi-Mart, you can buy it at Joetsu Myoko Station.