A limited number of specially brewed red wines will be released on June 20th (Saturday) from the well-established winery “Iwanohara Vineyard” in Joetsu City, Niigata Prefecture to commemorate the 130th anniversary of its founding. 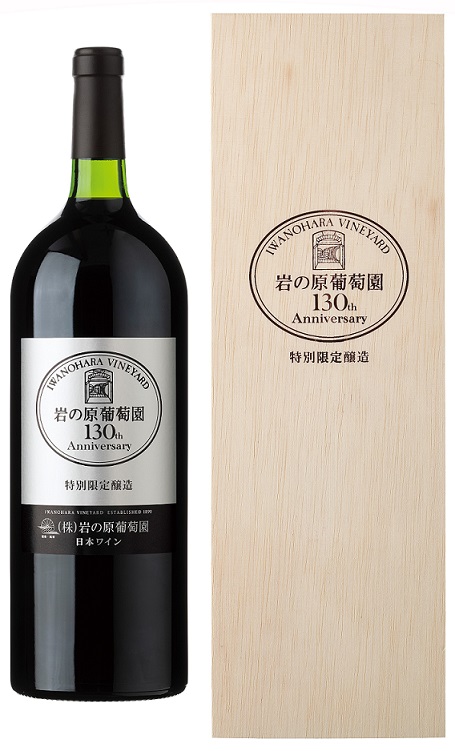 A special brewed wine commemorating the 130th anniversary. Hand-picked “Muscat Bailey A”, “Black Queen” and “Bary Alicant A” that have been fully ripened in the Iwahara Vineyard, and carefully aged for 16 months in the barrel (Iwahara Vineyard grapes 100% used).

In 2017, the rainy season continued from July to August, and the amount of precipitation was high and the sunshine hours were short, but after September, there was a lot of sunshine and the grapes had a stable climate until October of harvest, and healthy and mature grapes. Was harvested.

It is finished in a long-aged type with rich fruit, which has the characteristics of raw material varieties, a thick body and acidity, and a condensed feeling.

<3 types of grapes>
■ Muscat Bailey A
The main varieties of Japanese wine used most often for red wine. It features a sweet and gorgeous fragrance, moderate acidity and mild tannins.

■ Black Queen
It has a rich fruitiness and a firm acidity that is unusual for red wine, and is characterized by a chewy texture. We use grape varieties that are actively cultivated in Yamanashi, Nagano and Yamagata prefectures.

■Berry Alicant A
The skin is dark black and the flesh color is red. It is characterized by a very dark color and taste.