Brewed with Koshihikari grown in the terraced rice paddies of Tokamachi City!

Ryohin Keikaku, operator of MUJI, released a sake brewed with Koshihikari rice produced in terraced rice paddies in the Matsudai district of Tokamachi City, Niigata Prefecture, in limited quantities nationwide on April 29, continuing on from last year.In Joetsu City, they are available at MUJI Naoetsu. 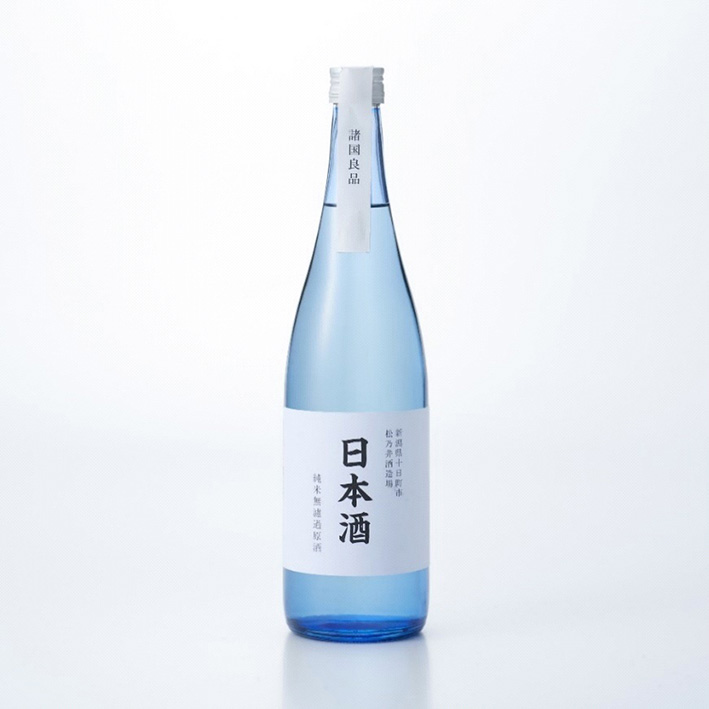 It was brewed by the Matsunoi Sake Brewery in Tokamachi City, which has a history of over 120 years, using Koshihikari, edible rice produced in the Matsudai area of Tokamachi City, which is home to some of the best terraced rice fields in Japan.The sake is bottled unfiltered and undiluted, so that the sake can be enjoyed as it is, with the taste of pure sake made with rice and water nurtured by the nature of Tokamachi.

The taste is slightly dry with rice flavor and a gorgeous aroma.This means that the sake’s deliciousness is enhanced when paired with food culture and ingredients unique to Echigo-Tsumari, such as pickled sake lees and stir-fried wild vegetables.

As a project to utilize local resources, Ryohin Keikaku has continued to produce and sell sake using edible rice produced in Kamogawa, Chiba since 2016.As the second phase of this project, we started selling sake made from Koshihikari rice produced in Tokamachi last year.

Ryohin Keikaku signed a partnership agreement with Tokamachi City in 2020.Knowing the challenges of maintaining rice paddies in the Matsudai area, we began working with the NPO Echigo-Tsumari Satoyama Collaborative Organization, which manages the Echigo-Tsumari Art Triennale, to produce sake, focusing on edible rice grown in the Matsudai area instead of rice suitable for sake brewing.

This product is available in limited quantities of approximately 2,300 bottles at nine MUJI stores nationwide, including MUJI Naoetsu, as well as at facilities and retail stores in Tokamachi City and beyond.